Devildriver – Trust No One (Album Review) 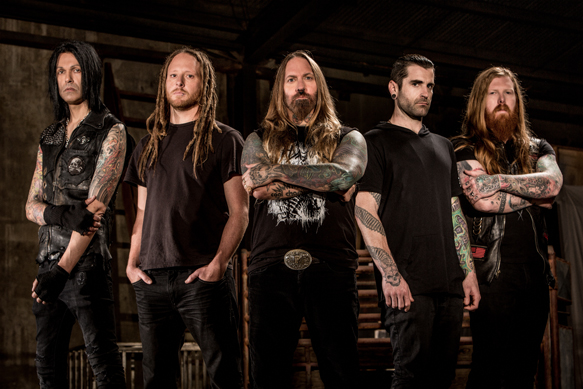 Vocalist Dez Fafara has made a great name for himself in the world of Heavy Metal since the early nineties starting with Coal Chamber and more recently with his band Devildriver. Initially a project formed casually, Devildriver soon became a full-time gig for Fafara as the band dominated the scene with one potent album after another. Well within the realm of thick, heavy Groove Metal, Devildriver also tap into Melodic Death Metal, along with a ton of other elements. The bottom-line, Devildriver never write the same album twice, and that is something they should be proud of.

While the band took a brief hiatus from touring so Fafara could concentrate on the impressive 2015 Coal Chamber comeback, Rivals, he is the type of man that cannot sit still too long. Throwing himself back into Devildriver, he went to work on what would become their seventh studio album, Trust No One. Released on May 13th via Napalm Records, this is the first album not to feature original drummer John Boecklin and guitarist Jeff Kendrick.  This is also the first studio album to feature Chimara’s drummer, Austin D’Amond, and Guitarist Neal Tiemann, as well as bass playing by former Wayne Static band member Diego “Ashes” Ibarra. Described by long-time guitarist Mike Spreitzer as an album he has wanted to make for twelve years, it immediately strikes the interest of dedicated fans.

With an average span of four minutes of pure Groove Metal with an ever so tiny pinch of Melodic Death Metal in each song, Trust No One features ten main tracks with an addition of two bonus tracks. Normally, upon multiple listens to an album, picking out favorites becomes an easy task. However, that may be difficult for some with Trust No One due to the repetitiveness, which is vastly different in this case from monotony because there are moments in each song where there are melodies and drumming that are very compelling. Upon closer examination of the album’s run-time, favorites include “My Night Sky” primarily for the drumming of D’Amond that is broken up in such a way that the song carries interest throughout. In addition, songs such as “Daybreak,” title-track “Trust No One,” and the album’s standard edition closer “For What It’s Worth,” also have their pleasantries.

The concept of emotional struggle with oneself and others is apparent in the lyrics throughout Trust No One, but perhaps it is actually the vocals that do not change tempo enough to really dive into the meaning behind the lyrics. This is not to say that the vocals are at all weak in bad-ass quality, however, it just lacks the depth in places that fans has become accustomed to over the years. As stated, the most complete song on the entire album clearly does stand out as the title-track and it may be the most Melodic Death sounding versus Groove of all. The riffs and speedy tones with overlaying of guitars definitely gives it that over the edge push, and in a live setting, it has the most potential for mosh pit injuries as well. In addition, “For What It’s Worth” has that classic Devildriver sound that can not be ignored, and again brings across that effect of imagining it in a live setting with purses and shoes flying and heads rolling around in the mosh pit, while somehow still beginning and ending in peaceful serenity.

Oddly, after careful debate and consideration, it becomes curious and promising that the songs off this latest album will more than likely kick-ass more in a live setting once interspersed with the old Devildriver tunes. That can raise the bar and give new life into this album as a body of work. This is still Devildriver as fans know it in all its grooving moments, and yes, it is a well-rounded piece of work that could not have been accomplished as well from anyone less talented. It is certainly an album that will have some fans cheering praise for the distinctively tight and unflappable Devildriver groove, while others may be left yearning for more. After a back and forth self-argument, it must be concluded that CrypticRock give Trust No One 3 out of 5 stars. 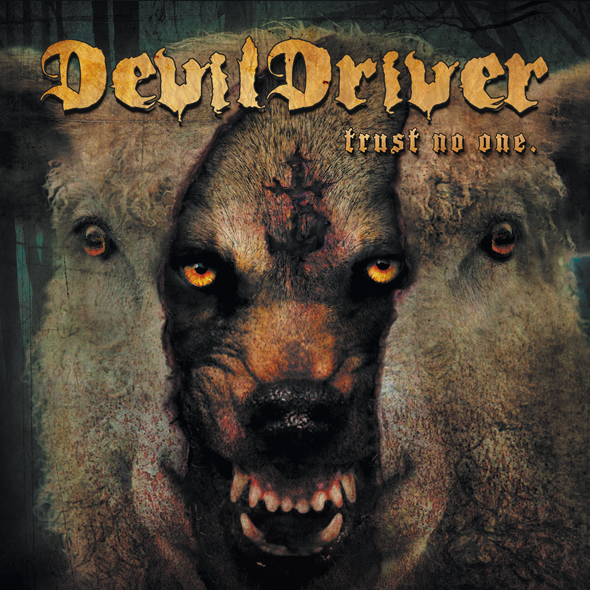