Bullying of kids different than others in schools has been a massive problem since almost their inception, but in modern days with even kids having instant access to the internet, bullying has been taken to new levels. No longer content with verbal abuse, bullies are now able to showcase their abhorrent behavior to millions of people. That in mind, the consequences of this has often meant the bullied kids kill themselves. However, in the latest Horror flick entitled Devil’s Domain, the tables are turned on the bullies. Written and directed by Jared Cohen (Hold Your Breath 2012, The Horde 2016), a prolific worker and NYIT graduate and big believer in karma, Devil’s Domain sheds a whole new light on the topic. 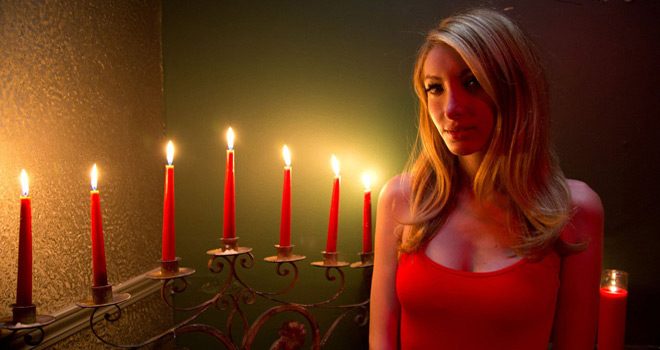 As hard as going to school is, Lisa continues, and on her way home one afternoon her former school friend Andrew (Zack Kozlow: Unusual Suspects 2016, Black Coffee 2016) comes over for an unexpected visit. Unbeknown to Lisa, Andrew sets up a hidden camera. When he leaves, the camera films Lisa in intimate situations. Andrew uploads the footage onto the internet and Lisa’s life becomes a living hell. The aftermath pushes Lisa to the edge and Carol discovers not only what has happened but Lisa’s eating disorder. 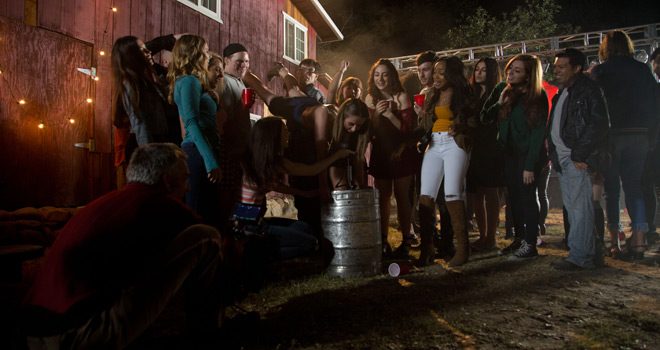 Desperate, torn, and ruined, Lisa feels like her life is over until she is offered a deal by a beautiful woman – Destiny (Linda Bella: Monsters in the Woods 2012, The Paper Boat 2015). Destiny offers Lisa a deal, Lisa in effect gives Destiny her soul and Destiny will make all Lisa’s problems disappear and all her dreams come true. Destiny reveals herself to be the devil, but takes the form of a beautiful woman.

Lisa is seduced into Destiny’s dark world, six months passes as a day, and those who hurt her begin to die violently. With Lisa’s problems solved and people treating her like a rock star, Lisa’s happy in her relationship with Destiny, until Rhonda becomes next on the list. Lisa realises it is not all fun and reconsiders her devilish deal. The Devil might wear a blue dress, but she doesn’t play games. Destiny gives Lisa an ultimatum, one she cannot refuse, but it means Lisa will completely lose her humanity in the process? At which point does she turn from a vengeful victim to brutal killer? 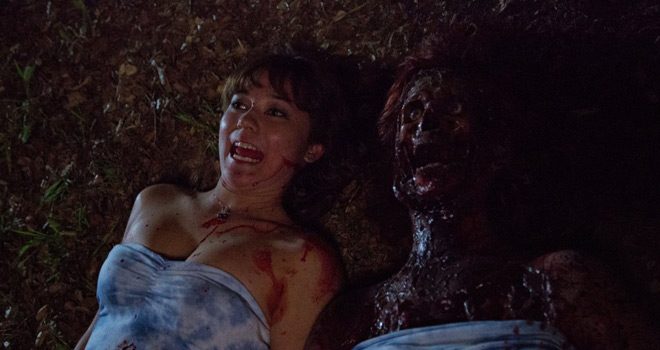 For an Indie film, Devil’s Domain packs a hell of a punch. It highlights relevant and current day societal issues with the terrible lack of understanding and acceptance of the LGBT community. Madsen adds further weight to the cast, but the lack of experience by some actors is inconsequential. Being her debut film, Vodane does a killer job as Lisa, especially considering the subject matter and her character’s challenges. Some bullying scenes are difficult to watch and make the viewer uncomfortable, and rightly so. Cohn has definitely packed a few hard-hitting messages into the tight plot of the 93-minute movie.

Despite a low budget, the special effects are incredible and the cinematography by Josh Maas (The Convicted 2015, Coffee & Cabbage 2016) is sharp while there is barely a moment to breath through the constant tension. All this said, Devil’s Domain is a must watch for all Horror fans. For these reasons, CrypticRock give it 5 out of 5 stars. 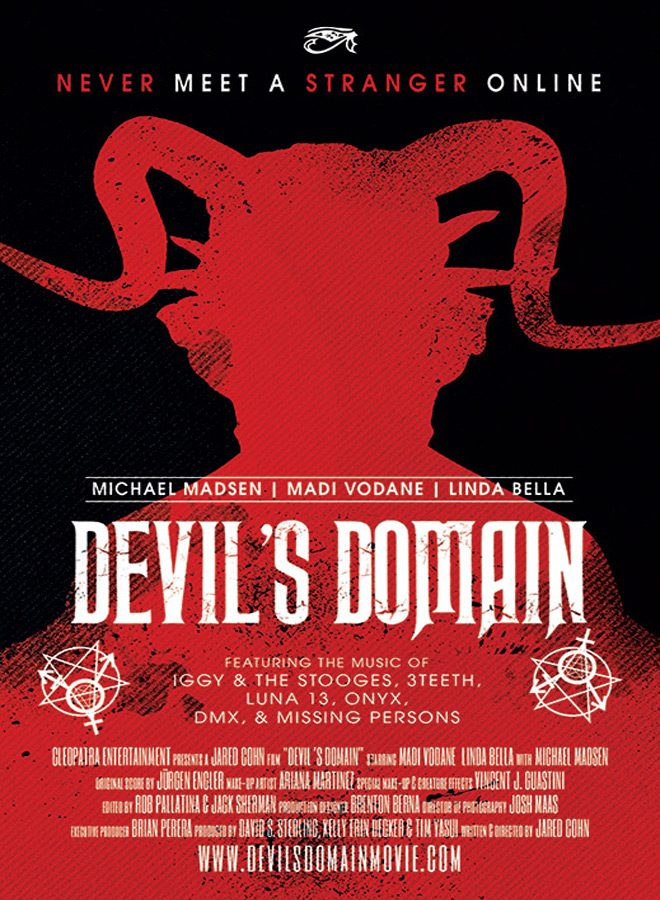