In the middle of literally nowhere, in Devil’s Gate, North Dakota – because could there be a more ominous-sounding locale? – a farming family have held onto their land for generations, and yet, this parcel of acreage is entirely infertile. Indeed, while every family has their secrets, the Pritchard’s appear to be burying some seriously haunting truths beneath the dirt of their dilapidated, old homestead. Devil’s Gate, a brand-spanking-new Horror/Sci-Fi/Thriller from the good creatures at IFC Midnight, arrives to VOD, as well as in select theaters, on Friday, January 5, 2018. 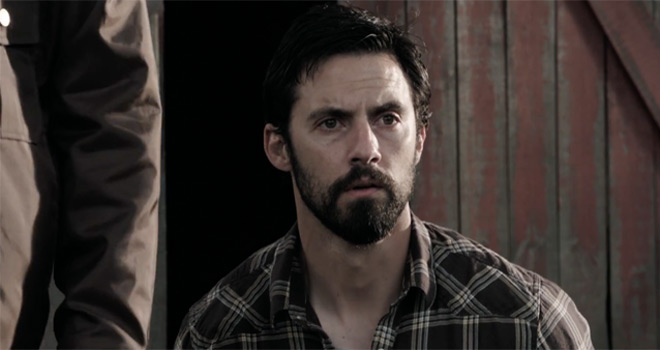 Like many Horror stories, this one begins with a broken down car in the middle of nowhere and quickly escalates into a full-blown nightmare. FBI Special Agent Daria Francis (Amanda Schull: Pretty Little Liars series, 12 Monkeys series) comes to town to investigate the disappearance of a mother and her son, and immediately clashes with the working-hard-at-hardly-working local sheriff, Gruenwell (Jonathan Frakes: Star Trek: Generations 1994, Star Trek: Nemesis 2002). As the pair are clearly not going to make any headway together, Agent Francis is instead escorted to interview the townsfolk by Deputy Sheriff Colt Salter (Shawn Ashmore: X-Men 2000, Frozen 2010), who is quick to prove that he is no inbred, half-witted, middle of nowhere cop.

Agent Francis and Deputy Salter first meet with Theresa Locke (Sarah Constible: The Good Life 2007, The Haunting in Connecticut 2009), sister of the missing woman. We quickly learn that Maria Pritchard (Bridget Regan: Agent Carter series, Jane the Virgin series) and her eight-year-old son Jonah (Spencer Drever: Fargo series, The Confirmation 2016) have gone missing with no word whatsoever of their whereabouts, leaving Theresa to report her sister’s suspicious disappearance to the authorities. Of course, as is generally the case in such an instance, the main suspect in their disappearance is the reclusive and distraught Jackson Pritchard (Milo Ventimiglia: Rocky Balboa 2006, This Is Us series).

Deciding to go straight to her number one suspect, Agent Francis and Deputy Salter head over to the Pritchard homestead to interview Jackson. What they find is a bizarre, ramshackle nightmare of booby traps, makeshift iron maidens, stockpiled weaponry, barred basement doorways, an adorable German Shepherd named Earl, and one truly crazy individual. The tale that follows flips itself upside down and sideways, taking Devil’s Gate from the case of two missing persons into territory that is decidedly Science-Fiction. 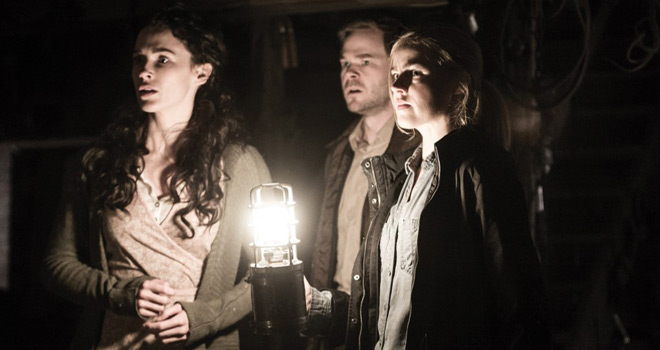 A directorial debut for Clay Staub, Devil’s Gate was written by Staub and Peter Aperlo (Watchmen: The End Is Nigh video game 2009, Legend of the Guardians: The Owls of Ga’Hoole video game 2010), and clocks in at approximately 94 minutes in-length. With minimal gore by today’s standards but a whole new world of creeptastic creatures, Devil’s Gate traffics largely in shock and suspense, rather than gratuitous violence and blood-splashing. It is not an entirely horrifying or scary film, but it is certainly a haunting tale that comes out of a random corn-field.

The success of Devil’s Gate relies heavily on its viewers knowing as little as possible about the buried truths in the North Dakota dirt. What starts out as another disappearing persons case quickly goes ankles-up and shifts into another dimension if you do not know what is coming for you, and that is where this film’s delightful twist is embedded. The ensemble cast do a stellar job in their roles, with the tag-team duo of Schull (Agent Francis) and Ashmore (Deputy Salter) – who are entirely organic in their side-by-side roles – carrying much of the weight in the story’s beginnings, and the superb Ventimiglia (Jackson Pritchard) stepping in to unleash chaos. In fact, Ventimiglia gives one truly amazing performance as the crazy, gun-toting redneck Pritchard, guiding the film into its complete upside-down spiral toward the Sci-Fi world.

As with many films that wiggle their fingers at the Horror genre, Devil’s Gate is not immune to extraneous religious references and imagery peppered throughout its intriguing script. Thankfully, this only adds to the craziness running rampant in the Pritchard family and never becomes pandering or proselytizing. Instead, what we have here is a darkly haunting, eerily spooky tale that paints a truly horrifying picture for the future of humanity – and it all begins on a destitute little farm in the middle of nowhere. 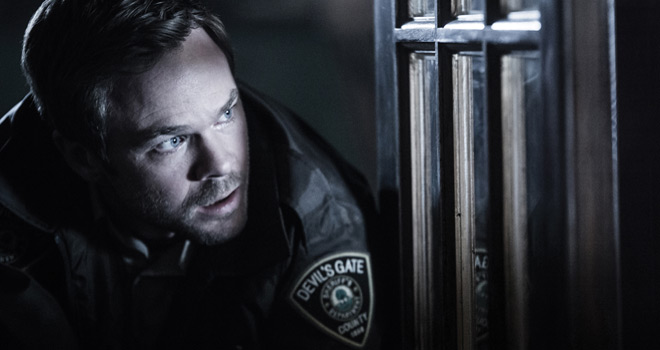 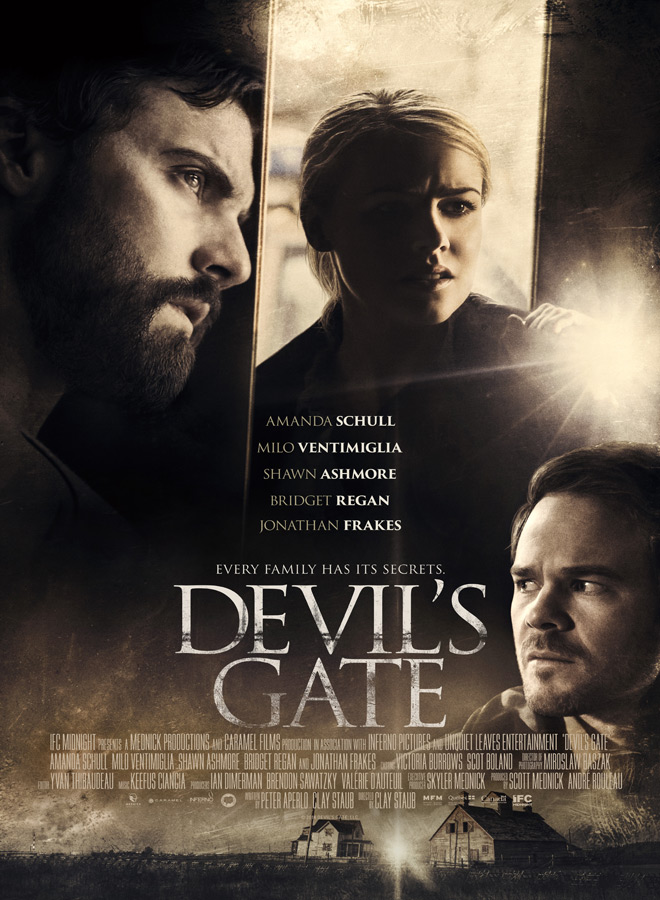