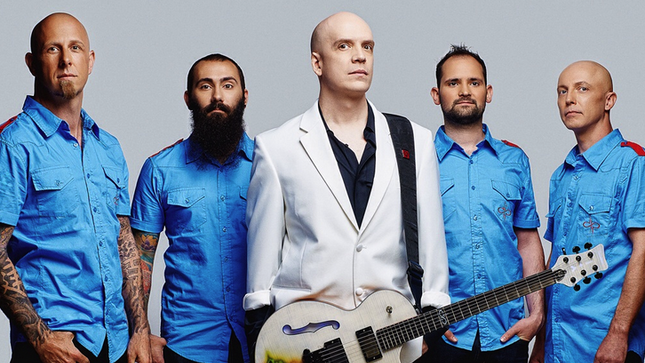 Often in musical publications you will hear journalists saying, “There’s nobody quite like _____” when describing certain musicians. Very often, if listeners dig deep enough, they will find that such a statement is often invariably untrue. When it comes to Canadian colossus Devin Townsend, however, the claim withstands all scrutiny. There really is no one else out there quite like ‘Heavy Devy.’ Whether one considers his first major band, the frenetic Strapping Young Lad, or his more progressive labors in the Devin Townsend Band, or even his more humorous excursions like Punky Brüster, the shaven-headed gentleman from Vancouver has blown the doors off of genre, expectation, and convention alike.

Unattached to the fetters of the Rock star, the Metal musician, or to any other label, Townsend has battled through addiction, mental illness, and a crippling aversion to touring and interviews – three things that can derail a career and destroy a person – and at virtually every turn, the man has spun sonic gold for our ears to dine upon. Now, in 2015, despite all his anti-Rock-star sentiments, Townsend has risen up larger than life. He is without a doubt a Rock star, but one lacking the least bit of ego. He puts no demand upon his listener other than that they be themselves, come to his music with an open heart, and labels as well as genres be damned. Continuing the story of the character Ziltoid the Omniscient, Townsend released the sequel to the album of the same name in the fall of 2014. Entitled Z² , there is a lot more going on with this one than simply a continuation of the Ziltoid saga.

Released as a double album, the first half of Z²  is comprised of Sky Blue, a universe unto itself really. This is unsurprising, as Townsend’s twenty five plus year career is also a realm of its own, with little and less resemblance to the career paths of any other band imaginable. The list of personnel who contributed to Z²  is daunting, with enough contributors to fill the average classroom. Familiar faces abound, as once again Ryan Van Poederooyen plays drums, Brian Waddell handles the bass guitar, and Mike St. Jean plays keyboards. Back in 2009, Townsend approached Anneke Van Giersbergen (Aqua De Annique), the one-time singer of Dutch band The Gathering, and asked her to contribute vocals to the album Addicted (2011). This proved to be one of the best moves in music in years. Anneke has a voice that can take a song to stratospheric heights. Combine it with Townsend, one of the finest vocalists of his generation, and the results are nothing short of captivating. The wondrous vocal tandem works its magic rather quickly on Z², as “Fallout” soars from the speakers like a hard-rocking, progressive maelstrom of rewarding beauty. Anneke and Townsend mesmerize, their lines boosted by a magical background chorus that serves to enrich the song and give it a theatrical twist, bringing it well out into rock opera territory.

“Midnight Sun,” by contrast, is an incredible ballad where Townsend wrings a host of emotions from his soul’s dreaming depths, his voice and his guitar taking the listener inside the wispy slumber of sun-washed clouds. The songs are pure Devin Townsend, lying somewhere in his discography between the zany unpredictability of Infinity (1998) and the lush optimism of Addicted (2011) and EpiCloud (2013). “Universal Flame” could be an ’80s Pop anthem, so catchy it might just get you quarantined in a foreign airport. Play it loud, close your eyes, and picture a massive stage production in a musical, because that is where this music belongs. Electronic breakdowns fit alongside pure Rock guitar solos, each element of the music filtered through the vibrant kaleidoscope of its creator’s imagination.

Townsend has some surprises in store for the listener. “Sky Blue” follows the playful rocker “Warrior,” instantly creating the atmosphere of a modern day Pop-song. Why is the song so reminiscent of something the listener may have picked up while scanning radio stations at a traffic light? Perhaps because it is based on Usher’s “DJ Got Us Falling In Love Again.” Only Devin Townsend would have the cojones to turn the saccharine lines of an Usher song into something so compelling. Next song “Silent Militia” packs a mean, street kind of attitude to it, with its pounding pace and gruffer voiced singing. When Anneke joins Devin for the chorus, anyone over thirty will immediately pick up on the adherence to Dead Or Alive’s “You Spin Me Round (Like a Record).” Damned if it does not result in an incredibly cool song entirely Townsend’s own.

“Rain City” is gorgeous, lapping at the ears of the listener like soft waves on a beach. Piano, a sampled beat, and the muted voices of Anneke and Townsend grow just a tiny bit heavier as the song progresses. The dream-like quality sustains throughout, until at around the 5:50 mark, any astute Devin Townsend fan will immediately register the mournful verse ‘gone now in a field of green‘ lifted straight off the Ocean Machine – Biomech album (1997), from the song “Bastard,” spoken at around the 9:12 mark. The somber “Forever” leads the listener into the epic 8:25 long “Before We Die,” with its big chorus and lilting verse. The ears will devour this song like ripe fruit grown in a desert, as whatever pleasure center in our brains that registers music tingles straight off the charts.

We now break through to the sound of ticking clocks into the realm of everyone’s favorite alien, Ziltoid the Omniscient. Forever in search of the best cup of coffee, Ziltoid is narrated into the story during a cinematic intro. So closely resembling a musical, it feels like a matter of time before the Retinal Circus, Townsend’s live manifestation of his music, finds its way to Broadway. Townsend’s live show has expanded to fit the expansion of his music, which by leaps and bounds has transcended anything resembling conventional Rock music.

“From Sleep Awake” sees Ziltoid sought after and cheered on by an adoring crowd. Voice narration abounds, as the music maintains the cadence of capering minstrels and acrobats pacing a lighted stage. The story unfolds further, complete with over-the-top narration on “Ziltoidian Empire,” as the music takes on a very Bal-Sagoth quality. Towsend’s bravery in choosing such lunatic subject matter is backed up by his compositional mastery, ensuring that despite the silliness there is no loss of musical quality. The music even reaches some very Strapping Young Lad-like crescendos of heaviness.

“Earth” features some amazing playing and choral singing. Townsend matches a soaring vocal note to an equally airborne keyboard note. There are some very Infinity (1998) moments once again on this track. Together with the narration we are taken into a fantastical realm of humorous science fiction. The speedy “Ziltoid Goes Home” has the triumphant blend of Strapping Young Lad meets Abba, if that can be conceived. More narration and the introspective “Dimension Z” takes us home.

After listening to this album, it might be hard to put one’s feet back on the ground, or know exactly what just happened. Townsend revolves around us in his own personal orbit, and here is hoping he never comes down. CrypticRock gives the Sky Blue portion of Z²  5 out of 5 stars, and the Ziltoid portion 4 out of 5. 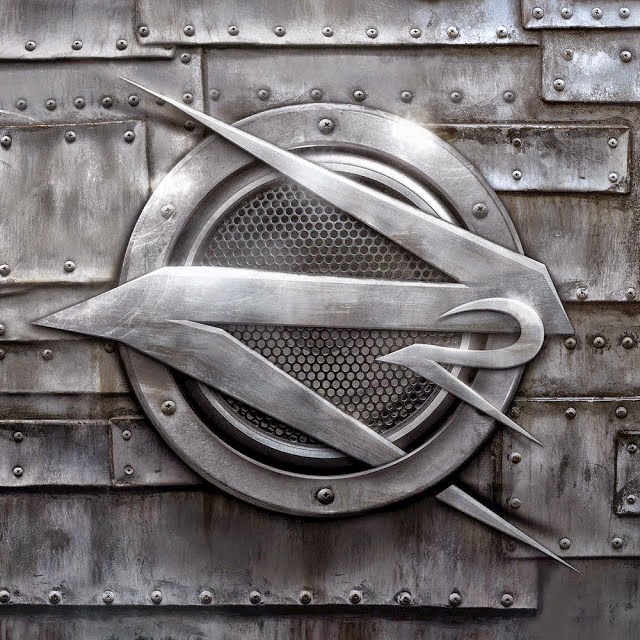