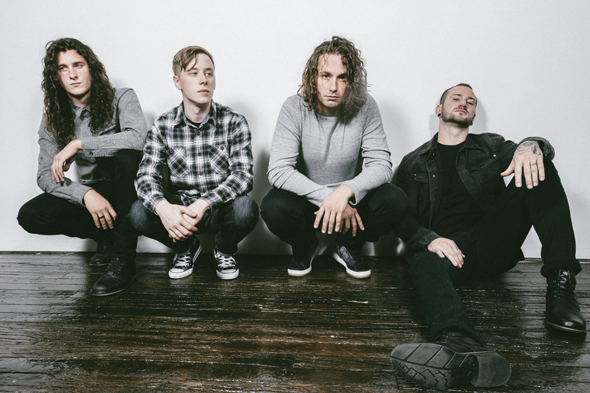 Sometimes the end of one world is the beginning of a new one that is brighter and more promising. After spending over a decade of their lives a part of the Memphis, Tennessee based Hard Rock band Egypt Central, Drummer Blake Allison and Bassist Joey “Chicago” Walser decided to break away in 2012 to start fresh with a new project entitled Devour The Day. Not an easy decision, being they devoted their lives to building the success of Egypt Central, it was one that needed to be made due to internal issues that were beyond repair. Thankfully, a fresh start was the right call, and with Allison putting down the drumsticks to take on guitar and lead vocals, he and Walser started something many considered even better when they released their debut album as Devour The Day with Time & Pressure in the spring of 2013. The album would include a plethora of jolting songs ranging from radio hit “Good Man,” to “Respect,” to “Move On.” Judging by the lyrical content, it was easy to hear the emotional frustration of Allison with the way things went down with Egypt Central, nonetheless, many would agree that Devour the Day is a band with a more diverse sound and a more promising future.

Now after spending the past three years touring and building a fanbase in a grassroots fashion, Devour the Day return with their highly anticipated sophomore album, S.O.A.R., due out April 1st via new label Razor & Tie. Picking up full-time members along the way, Devour the Day now consist of leaders Blake and Walser, along with Ronnie Farris on drums, and David Hoffman on guitar. Teaming up with Producer Dan Korneff (Breaking Benjamin, Drowning Pool,Ill Niño), at Sonic Debris Recording Studio out of Long Island, New York, S.O.A.R. continues the evolution of the band’s sound that is still being forged.

Harmonizing vocals kick off the title track “Soar” and leads in to intense guitar pieces. Meanwhile, Allison attacks with rough vocals that blanket this track with incredible emotion that cannot stop listeners from bobbing their head and singing along with the anthem-style lyrics. Then comes “Step Aside” with a fast guitar solo alongside a simple drum line and is then joined by a second guitar for an awesome duet. Distorted vocals add a fire to the already passionate track, and Allison continues to bleed sincerity in his approach. Slowing down the pace a bit is “The Bottom” with a haunting guitar intro that quickly picks with the distorted flowing guitar rhythm. Adding to the textures, cymbals crash along with the drum line while frenzied vocals of Allison cry out, “Can I get my life back the way it was before…”

Moving along, “Heaven” shows Devour the Day is not set in just being a heavy Rock band as the song is introduced with an electric keyboard that is followed by a hard-hitting beat. Slow, drawn out vocals of Allison contrast beautifully on the chorus, and once again, the band creates a song worthy of listening to multiple times. Creating a dramatic opening, “Quicksand” begins with intense, background stringed instruments before the beat is led by Farris and Walser’s vibrant bass. With the complements of echoing guitar solos and background synthesizer that accent this track, it is a highlight of highlights. Coming on with a vintage Punk Rock vibe, “Fake It To Make It” is up next with intense vocals from Allison that add to the fervent pace of the song, giving it a definite mosh pit quality. Again, lyrically, the track possess a message worth listening to as Allison lets loose on liars and fakers.

Taking the album for a new twist, lead single “Lightning In The Sky” starts off with slow violins and a synthesizer that develops into a more up-tempo piece. Creating for a theatrical and dramatic sound, the use of stormy imagery is perfect for the metaphor of a life-changing moments. With inviting guitars, the song was the perfect first sample of S.O.A.R. to audiences upon its release in January. Thereafter comes “Something Real,” which immediately hits the ground running with an anthemic Rock style that is led by unified vocals that will have most fans wanting to shout the words out loud. An intermittent bass line punches in and out of the track before a short, high-energy guitar solo that will no doubt pump up listeners. Keeping the album strong until the end, “Golden City” comes in with high note guitars underlined by heavy bass as a steady beat is accented by a diverse set of vocals by Allison that round the song out nicely for a solid Rock feel. Last but not least, “Save Yourself” enters with a quick distorted beat that is complemented by emotionally charged singing as guitars punch in together with the drum and bass lines to create a monster of a track.

Devour The Day has certainly produced an incredibly solid follow-up album with S.O.A.R. Each track is energetic and different from the last, and will have fans singing and head-banging along. There are no breaks in the songs, no slow tracks, only tension building intros and bridges speckled throughout, giving their audience a moment to catch their breath before it is time to delve right back into rocking out. There is no doubt the band feels more comfort in their skin with S.O.A.R. for an even tighter sound than displayed on the impressive Time & Pressure debut. Overall, CrypticRock gives S.O.A.R. 5 out of 5 stars. 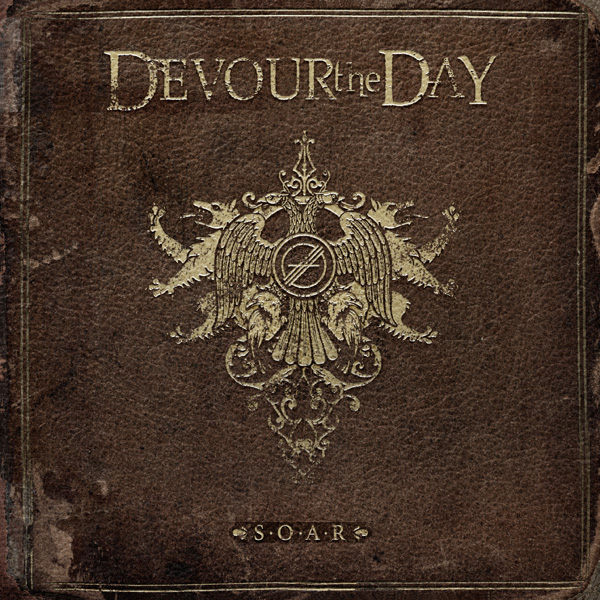