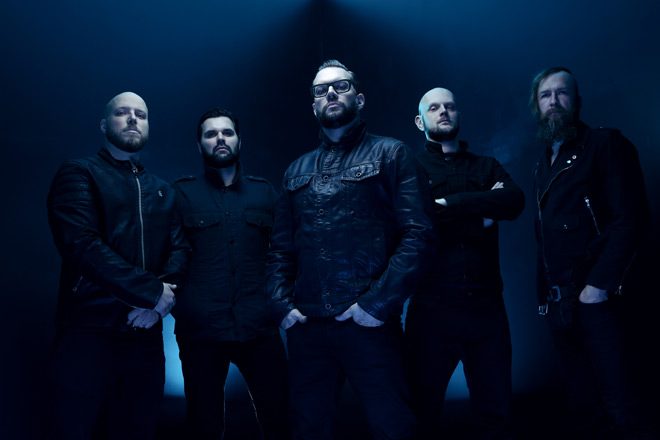 Making waves through the European region, Belgian Dark Rock band Diablo Blvd is more than likely a foreign name to many Americans, but it should not be. Begun over a decade ago, Diablo Blvd has played various big Rock festivals around the old country and even hosted their own sold out festival, Diablo Fest, at Trix, Antwerp in Belgium back in 2014. At the time promoting their third album, Follow the Deadlights, it has been three long years since, and now Diablo Blvd return with Zero Hour on September 22, 2017 via Nuclear Blast/Metalville.

Led by Vocalist Alex Agnew and Guitarist Andries Beckers, along with Bassist Jan Rammeloo, Drummer Kris Martens, and Guitarist Tim Bekaert, together, they joined forces with respected Belgian Producer Dag Taeldeman to bring the eleven new tracks of Zero Hour to life. In addition, their fourth album was mixed by Jay Ruston and mastered by Paul Logus (Steel Panther, Anthrax, Stone Sour). So, where do the Devil’s boys go this time around?

Well, Agnew states, “I once heard somebody say that in troubling times like these, there can never be enough bands using their music and lyrics as a platform to object and to protest. It’s safe to say that Zero Hour is our contribution to that statement and although I realize there’s too much beyond our control, it would be an even bigger crime not to speak about it.” That being said, this beast of an album is a statement in Rock from the perspective that Diablo Blvd do an exceptional job of channelling the depth of their influences.

Dark and moody, Zero Hour is melodic, heavy Rock at its best. Matched with some vivid, yet sometimes somber, lyrical content, it is a compelling listen. In fact, the band waste no time, jumping in with guitar riffs that simply shred on opening track “Animal.” As one of the lead music videos from the album, it is a stark march to the dark side masterfully sung by Agnew with the support of his cast of villainous degenerates. Moving on, “Swing From The Gallows” brings the sounds of bands of old, yet has tastes of the magic ahead with melodic musicality and progressive guitar work interwoven with a Metallica-like throwdown juxtaposed the soaring vocal delivery.

While Agnew’s voice is certainly a big highlight of Diablo Blvd’s sound, both thick, imposing, and heavy at times, other members shine expediently throughout each song as well. For example, Martens lights up the drum kit on “Life Amounts to Nothing,” helping make it a frenetic acceptance of the end of existence, but not to worry, not the album! Followed by “God in the Machine,” the guitars blister with various riffs ringing in and out while Agnew’s voice delivers the lyrical message in a haunting way. Possibly a bit cliche lyrically, compared to the first third of the album, it is still delivered masterfully thanks to Beckers and Reckert’s tone.

Almost half way through, “You Are All You Love” is grounded with a framework of bass and drums that allow the guitars and vocals to soar once again. Here is where the Dark Rock shines bright from Diablo Blvd – short, sweet, and to the point. Then there is the hypnotic “The Song Is Over” with a devilish vibe balanced by Agnew and his ability to find that volcanic Rock element within him. The track has the feel of an era lost in Metal and it is quite enticing to absorb.

Keeping it ominous, the heaviness switches to more subtle textures on the beautiful instrumental “00:00.” It is a necessary transition for Zero Hour, so do not skip the track, embrace the lush orchestration of strings and bells. This leads into “Like Rats,” an anthemic horror story that many crave the ability to shout from rooftops. Emotional, it is ripped from the bottom of the soul of the band while being raw.

Then, changing up the sound a bit again, “The Future Will Do What It’s Told” wanders more toward a Gothic Rock feel. It demands your attention to wake up and no longer live in a protective shell. Finally, Diablo Blvd close out with the equally telling tale “Summer Has Gone.”  Further examining the tragedy of the human condition, the music matched with Agnew’s narration make for a powerful closing message.

To say that any one member of Diablo Blvd had any more or less to do with making Zero Hour would be wrong. This album is a collective effort from the instrumentation to production. Those relatively new to Diablo Blvd, in spite of their decade plus existence, think a heavier Alice in Chains and a gloomier The Cult. There are so many glimpses of various bands of the past here, but Diablo Blvd are their own. In addition, the message within Zero Hour is not preachy, it simply is an observation of the chaos taking over the world and Diablo Blvd have brewed one of their strongest albums to date. That is why CrypticRock gives Zero Hour 4.5 out of 5 stars. 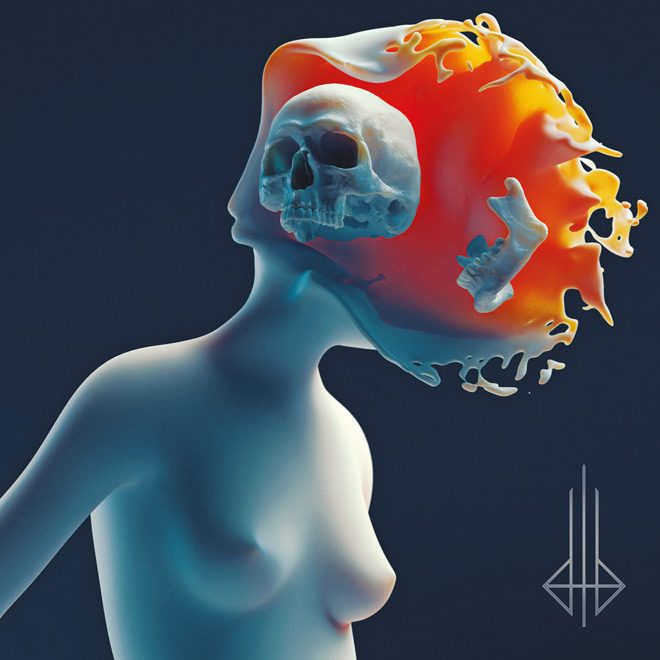