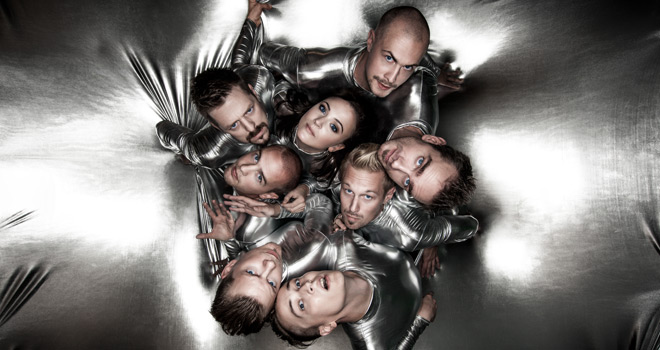 Looking for a break from the monotony of the everyday Rock-n-Roll band? Have no fear Diablo Swing Orchestra is here! Formed back in 2003 this Avant-Garde act out of Sweden is anything but typical. Taking a witch’s cauldron and tossing in Heavy Metal, Progressive and Symphonic elements, Classical music, plus some Jazz, they brew a sound that is perhaps one of the more original out there today.

Never to take themselves too seriously, they have released 4 studio albums, each more eye-opening than the one before. Now, returning with their first record since 2012’s Pandora’s Piñata, they are back with Pacifisticuffs on Friday December 8, 2017 through Candlelight and Spinefarm Records.

Mixing strings, brass, along with some hard hitting drums and killer guitar riffs, Pacifisticuffs is easily one of the catchiest collection of songs put out in 2017. Thirteen tracks in total, they are upbeat yet macabre and melancholy at the same time. Wait, is that possible?

First up for discussion is “The Age of Vulture Culture.” Complete with a catchy dance sound, it is hard to say if even the most avid club goer has ever heard this type of beat. Seriously, as much as you may not want to admit, the trumpets and trombones give the track a certain unique touch. Matched with Diablo Swing Orchestra banter, it also has a touch of Ska for good measure. Then there is “Superhero Jagganath,” a stunning song that really shows the talents of Daniel Håkansson (guitars/vocals), Pontus Mantefors (guitars/vocals), Kristin Evegård (vocals/piano), Anders Johansson (bass), Johannes Bergion (cello/vocals), Martin Isaksson (trumpet/vocals), Daniel Hedin (trombone), and Johan Norbäck (drums). An army of musicians, the power behind the strings is enthralling while the vocals give off a Chumbawamba vibe.

If there was ever a song that justified Diablo Swing Orchestra has their own sound “Jigsaw Hustle” would be it. With ‘hustle’ in the song title there is a small chance it maybe a Disco revival, but it could just be a coincidence. Lyrically it is little darker and heavier than anything a discotech may have played back in the day, but the beat is right on par with such. That said, it certainly earns the use of hustle in the title, but it is guitar work that will have you questioning whether you want to to bang your head or give into disco inferno.

On the other end of the spectrum is “Ode to the Innocent.” Slower, yet still mesmerizing and dark, it is like an out of body experience. A relaxing interlude, well full-length song actually, on a fast-paced album, is a standout moment. Speaking of interludes, there are very few albums that have enjoyable ones. Often they are either abrupt and forgettable or just plain irritating. Fortunately Pacifisticuffs has some great little interruptions between songs with one worthy of a few listenings being ” Cul de Sac Semantics.” Again captivating, prepare to be transported to a far off place.  Taking you right back to reality, “Karma Bonfire” is song full of swing rhythm and inventiveness. A culmination of The Stray Cats and a Horror movie, you be will singing along by the end.

Without explaining each and every song, because there is too way too much in between the lines, Pacifisticuffs requires full attention. Trust in the fact that Diablo Swing Orchestra is one band that  just screams originality and talent, so breakaway from the chaos of life and dig into this album. One of a kind, Cryptic Rock gives Pacificsticuffs 5 out of 5 stars. 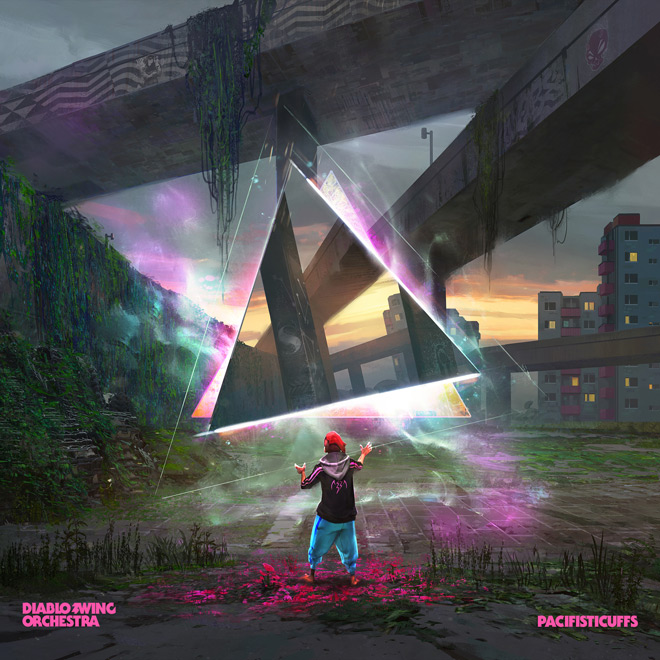 Manchester Orchestra – Million Masks of God (Album Review) Evanescence – The Bitter Truth (Album Review)
Like the in-depth, diverse coverage of Cryptic Rock? Help us in support to keep the magazine going strong for years to come with a small donation.