Diabulus in Musica – Dirge For The Archons (Album Review)

November 25, 2016 Diabulus in Musica – Dirge For The Archons (Album Review) 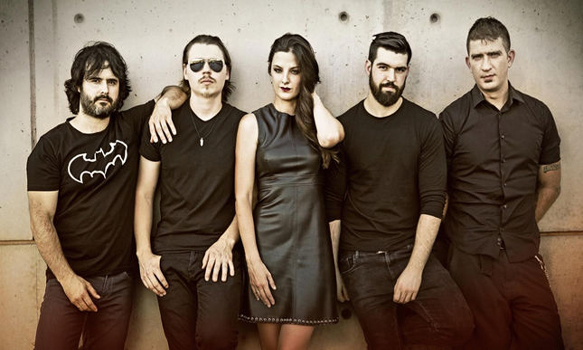 Formed in 2006, Spanish Symphonic Metal maestros Diabulus in Musica have been delivering intense riffs and dramatic vocals for ten years. Originating in Pamplona, Navarre by Vocalist Zuberoa Aznárez as an outlet for her own creativity, the band has evolved over the years into an international Metal powerhouse that impresses and stuns with each new release. Although the line-up has evolved over the years, it currently features Aznárez (vocals), Gorka Elso (keyboards), Alexey Kolygin (guitars), David Carrica (drums), and Odei Ochoa (bass). On November 18th, the band released their fourth studio album via Napalm Records, Dirge For The Archons.

While the composition of Dirge For The Archons is impressive, the construction of each song on the album feels very deliberate and yet liberating. The heavy percussion and sharp snares on “Invisible” paired with the resonance of the vocals make it an ethereal and intense stand out on the album. Following “Invisible” comes “Crimson Gale” with its riveting and high-speed progression that sweeps up the listener and whisks them effortlessly into the momentum of the song. “Ring Around Dark Fairies’ Carousel” brings in a darker, haunting facet to the album that rings of whimsy and depth simultaneously. It gives one chills, then draws one in with its lighter spirit before delving into the more sinisterly weight of it all.

Spirits lift and there is a sense of lightness and breathlessness with “A Speck In The Universe.” It is the melody and cleanness of the vocals that makes this track especially impactful and delightfully chilling in its innocence. It is so earnest and the vocals are so intense that it has the ability to send chills and manifests goosebumps on the arms. “Hiding From You” is a great everyday listen. It has the right balance of grit and glide that is essential in good Symphonic Metal, because everything does not need to be so grandiose for the sake of being ostentatious without getting a little dirty. It is the balance between these dynamics and the two sets of vocals that makes it an easy and intriguing listen. This is followed by the immediate upsweep of “The Voice Of Your Dreams,” which kicks in and throws the listener into one of the most classical symphonic choruses on the album. It is grand, opulent, all-encompassing, and energetic.

Rounding out the end of the album are “Bane,” “The River of Loss,” and “Zauria.” “Bane” begins as an interesting storytelling piece that starts with a simple open and minimal production. It is simple and rhythmic, almost more like spoken word than music, but no less telling or poetic. “The River of Loss” shows signs of more production, layering, and seemingly the use of some synthesized elements with a commanding overture and choral presence that demands attention right away, lulling one into a mythical tale of heroism or morality. It has the same face of grandeur as these kinds of tales and instrumentally could back anything of the like. Finally, “Zauria” closes out the album on a more solemn note with Aznárez’s opting to convey the weight of this album via somber, almost Tribal drums and more acoustic sounding instrumentation, paired with almost unearthly vocals.

Diabulus in Musica has compiled a collection of songs that takes the listener on an engrossing journey through light and dark, companionship and solitude. Throughout this entire trek, new dynamics are explored and nurtured along the way. One impressive consistency that threads Dirge For The Archons together is the elasticity and magnitude of Aznárez vocal ability, which is truly impressive. CrypticRock gives Dirge For The Archons 4 out of 5 stars. 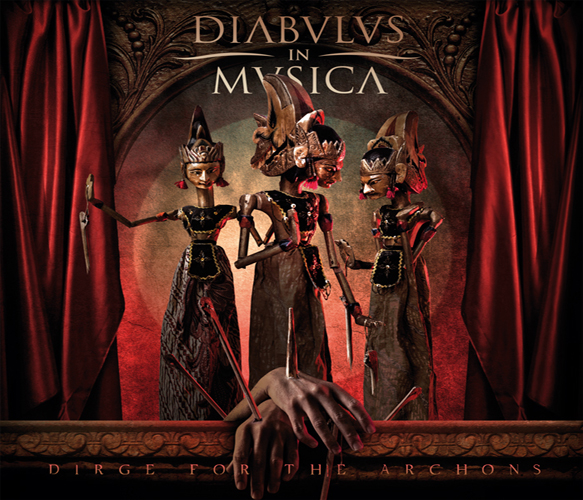