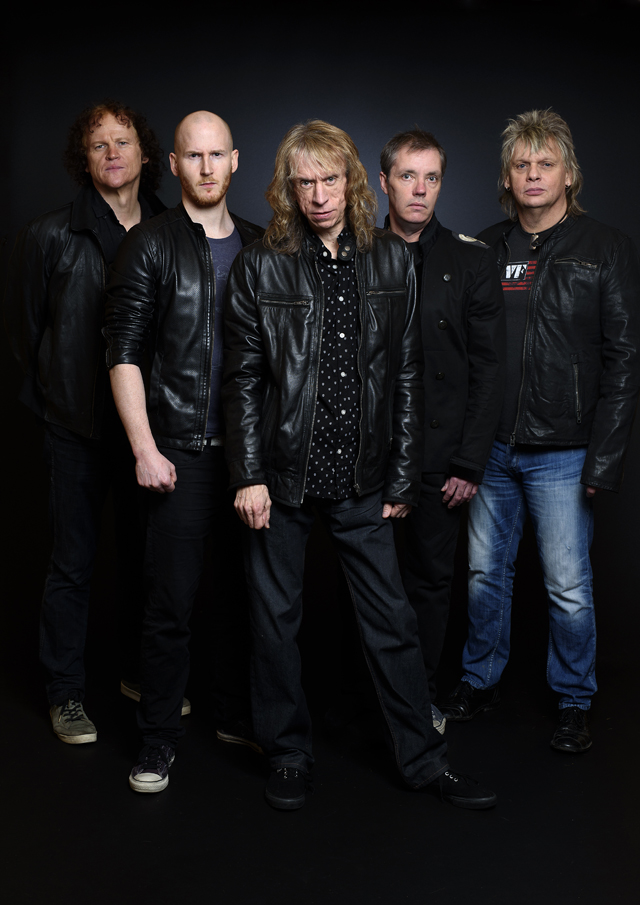 Diamond Head was among the purveyors of Heavy Metal proper in the early ’80s. By ‘Heavy Metal,’ it technically refers to that kind of Metal which is basically rooted in Blues Rock and injected with sonic steroids, best characterized by “a thick, massive sound achieved by the use of highly amplified distortion, extended guitar solos, emphatic beats, overall loudness, and marked speed, but without much complicated structures; and with lyricism that commonly deals with masculinity, aggression, and machismo.” Other pioneering bands whose music may fall under Heavy Metal include Black Sabbath, Judas Priest, and Motörhead. Formed in 1976 in Stourbridge, England by Brian Tatler (lead guitar) and Duncan Scott (drums) with Sean Harris (lead vocals, rhythm guitar) and Colin Kimberley (bass), Diamond Head got to release three full-length albums in the decade that followed—1980’s raw and heavy debut, Lightning to the Nations (“The Prince”); 1982’s more polished and stylistically more commercial Borrowed Time (“To Heaven from Hell”); and 1983’s Canterbury (“Knight of the Swords”), which veered more towards Pop/Glam and Progressive Rock. Then, the group disbanded.

Diamond Head would have been lost in oblivion in the midst of the countless equally interesting Metal-classifiable bands that continued to emerge through the 1990s, but because of the rising popularity of Metallica that time and the quartet’s acknowledgment of Diamond Head’s influence on their music, compounded by the official release in 1984 of their cover of Diamond Head’s “Am I Evil?” as part of the EP Creeping Death, Diamond Head found its name inadvertently back in the Metal music radar. The renewed interest in the band inspired Tatler and Harris to reconvene, joined by new members Pete Vuckovic (bass, backing vocals) and Karl Wilcox (drums), releasing in 1993 their only album for the decade, Death and Progress (“Starcrossed [Lovers of the Night]”), whose style was inevitably influenced by the Glam/Thrash Metal combo that was peaking at the time, echoing the sound of the Skid Row (“Wasted Time”), Guns n’ Roses (“My Michelle”), and Metallica (“Nothing Else Matters”) of that period. Unfortunately, the reformation was short-lived; Diamond Head disintegrated once again a year after the release of that comeback album.

In 2005, Tatler and Wilcox, with new bandmates Nick Tart (vocals), Eddie Moohan (bass), and Adrian Mills (rhythm guitar), revived Diamond Head and unleashed the bluesy, Led Zeppelin-esque power-chord powerhouse All Will Be Revealed (“Alimony”), its first album for the decade. The follow-up came two years after, in the form of the angular-rhythm-dominated, Power Metal-tempered What’s in Your Head? (“Skin on Skin”), a sound which may be described as a mélange of the over-the-top David Lee Roth-fronted Van Halen (“Hot for Teacher”), the swagger of Led Zeppelin (“Whole Lotta Love”), and the voodooistic vocal styling of Ozzy Osbourne, especially during the heyday of Black Sabbath (“Paranoid”). For the rest of the 2000s through the early 2010s, Diamond Head devoted much of its time on touring, taking the members about a decade to come up with a new album, fronted by the band’s new vocalist, Rasmus Bom Andersen.

Set for release in North America via Dissonance Productions June 24th, Diamond Head is the band’s new, seventh album. It opens with “Bones,” whose introductory machine-gun rhythm and guitar adlib obviously got its ammunition from the band’s very own classic “Am I Evil?” The following “Shout at the Devil” has the breakneck speed and ominous feel that will fit it well on a playlist that includes Deep Purple’s “Burn,” Motörhead’s “Ace of Spades,” Judas Priest’s “Jawbreaker,” and Mr. Big’s “Addicted to That Rush.” On the other hand, the groovy and doomy “Set My Soul on Fire” has the blue-flame somber spark of Ozzy Osbourne’s “No More Tears.”

Initially, “See You Rise” stands out with its acoustic guitar strums in the intro, only to pick up once again as the lead guitar and the bass snake themselves in and the piercing vocal enters unapologetically. Then there is the string-laden ballad “All the Reasons You Live,” whose drama relies on the opening guitar plucks and the burst of energy in the catchy choruses and the customary guitar licks. The deep purplish sonic hues of “Wizards Sleeve” return the mood to the album’s frenetic tempo, harking to a similar sense of urgency possessed by songs like Alcatrazz’s “God Blessed Video,” Living Colour’s “Cult of Personality,” and Yngwie J. Malmsteen’s “Rising Force.”

“Our Time Is Now” is certainly a change of style and a breath of fresh air, as it employs the distinctive grate of Grunge, recalling some of the genre’s metallic forerunners, particularly Alice in Chains (“Them Bones”), Pearl Jam (“Even Flow”), Stone Temple Pilots (“Dead and Bloated”), and Soundgarden (“Outshined”). The next track needs no further description; its title says it all, “Speed,” whereas “Blood on My Hands” is another momentary bounce back to Grunge territory. With “Diamonds,” Diamond Head dishes out again something with what it excels in – the electrifying and sparking heady motor spin of Heavy Metal thunder. Finally, the album aptly closes with yet another power ballad, the Middle Eastern-spiced “Silence.”

Diamond Head may not have the prolificacy and endurance of fellow low-profile Metal bands like Anvil (“Blood on the Ice”), Manowar (“Kings of Metal”), and Venom (“Sons of Satan”), but the band definitely remains as one of the most influential. After all, Metallica is one of its biggest fans. And for these, the new album, as well as the band’s entire catalog, deserves discovery by today’s budding fans of heavy music and a revisiting by the genre’s gracefully ageing enthusiasts. CrypticRock gives Diamond Head 4 out of 5 stars. 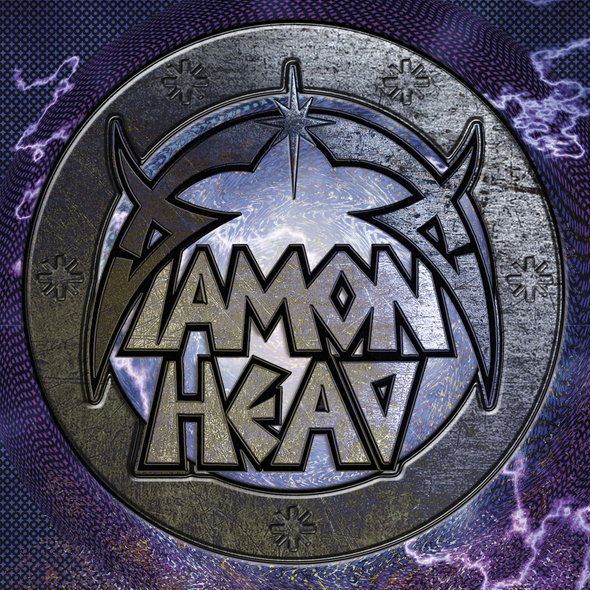