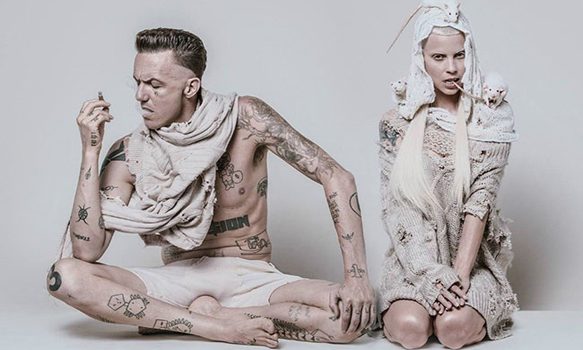 Formed in Cape Town, South Africa, in 2008, by the Rappers Ninja and Yolandi Visser with the Deejay and Producer who calls himself God, the Hip-hop outfit Die Antwoord are nothing less than unique. With four studio albums to the trio’s credit including the sample-heavy, World Music influenced $O$ of 2009, the African voodoo–flavored, Gangsta Hip-Hop affair of 2012’s Ten$Ion, and the Rave/Industrial, animé-inspired excursion of the ensuing Donker Mag of 2014, they strike interest again with the newly released Mount Ninji and da Nice Time Kid.

Ambitious with cinematic flare, Mount Ninji and da Nice Time Kid, released on September 16, 2016, delves more into the hybrid sound of contemporary Hip Hop. It consists of sixteen tracks, beginning with the big-sound Gangsta Rap of “We Have Candy” and then followed by the Shirley Ellis–sampled “Daddy.” The ensuing “Banana Brain” delves into Synthpop/EDM territory. Then, four tracks exude strong cheering-type, Novelty sensibilities in the veins of Toni Basil (“Mickey”) and Gwen Stefani (“Hollaback Girl”), such as “Shit Just Got Real,” “Gucci Coochie,” “Wings on My Penis,” and “U Like Boobies?”

The sinister rhythm and theme of “Rats Rule” then change the mood into something that may remind the initiated of the Gotham-themed dabbling of the English New Wave/Ska band Fun Boy Three (“The Lunatics [Have Taken over the Asylum]”). “Jonah Hill” and “Stoopid Rich” return the listener to the dark, Gangsta direction of the album. “Fat Faded Fuck Face” and “Peanutbutter + Jelly” follow the same path, albeit employing slower tempos. Then there is the mysterious and ghostly instrumentation and melodies of “Alien” and “Street Light.”

The piano-led Horror-inspired, Alternative Hip-Hop of “Darkling” further takes the listener away, into a different musical space. It faintly resonates snippets of melodies from t.A.T.u.’s “All the Things She Said,” Garbage’s “Stupid Girl,” and Cocteau Twins’ “Seekers Who Are Lovers.” Ultimately, Mount Ninji and da Nice Time Kid closes with the aptly titled “I Don’t Care,” which starts off as a slow, synth-drenched ballad only to build up into a bass-heavy dance-floor stomper. What a ninja way to finish off an aurally colorful and diverse-sounding album.

If the goal is to make its music as accessible as possible to the commercially inclined international Hip-Hop community, then Die Antwoord is succeeding. Based on the sonic trajectory of its music, from one album to the next, it is obviously refining and polishing its sonic styling in this assumed direction. Nonetheless, Die Antwoord’s South African roots are never abandoned; the percussive beats and Tribal chants are never absent in every album, at least in a good number of tracks.

More so, the trio’s penchant to incorporate elements from different genres is ever-present in this latest oeuvre of theirs. All these are what make Die Antwoord’s music mass-friendly, yet distinct and adventurous at the same time, making them stand out from many of the Hip Hop purveyors of any given generation. Who would have thought that Hip Hop could be more than the customary samples, loops, and beats? CrypticRock gives Mount Ninji and da Nice Time Kid 4 out of 5 stars. 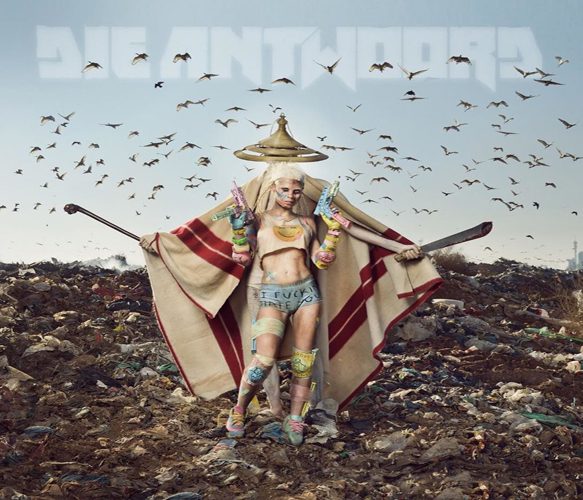