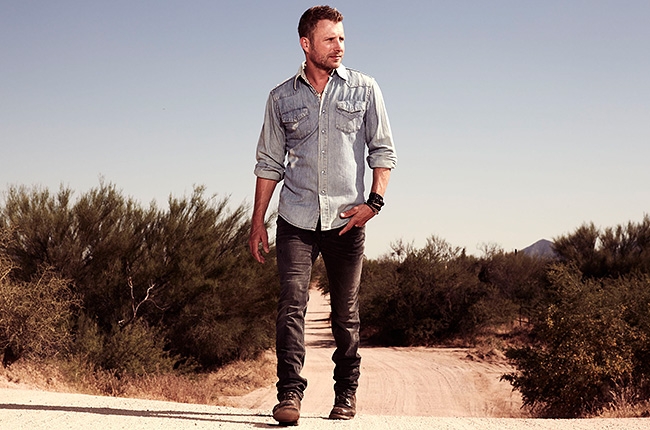 In releasing his first album in two years, Dierks Bentley knew he wanted to create a record that went slightly against the grain of current popular trends in country music. Despite his popularity, Bentley has never been one to conform completely to the mainstream sound. He even released a neo-bluegrass album back in 2010. While his most recent offering, Riser, does not stray that far off the beaten path, he does manage to create an album that blends a contemporary sound while savoring traditional country elements. Inspired by both the birth of his third child and the recent death of his father, Bentley crafted an album that simultaneously honored and captured the contrasting emotions of elation and grief he experienced throughout these two momentous occasions in his life. Emotional songs based on real life experiences have always been what makes the country genre a special one, and Bentley offers this element up in spades in Riser, helping it to become one of the best albums released in 2014.

“Bourbon in Kentucky,” the first song and single on the album, is also one of its strongest, despite its lukewarm reception on country radio stations, a medium that often fails to value slower, more lyrically based tracks like this one. With Kacey Musgraves contributing background vocals, Bentley delivers a heartbreaking song depicting despair so heavy that all of the bourbon in Kentucky would be unable to numb it. As Bentley croons his way through heartfelt lyrics like, “No there ain’t enough bottles I could break, to make them feel as broken as I do,” the listener relives their own past heartaches. Bentley followed “Bourbon” with second single, “I Hold On,” a powerful, anthemic track, supplemented with verses that paint a picture of personal experiences, objects and people that he holds close to his heart. Bentley mentions his beat up guitar and his old car, both of which he still has and uses to this day despite now having “some jangle in his pocket.” He laments that memories made and experiences he had with the old guitar that’s “had his back in a million bars” and the old truck he drove to Tennessee with his late dad make them far more meaningful than anything that he can buy brand new. Bentley displays wisdom beyond his age when he sings, “It’s the miles that make the man,” and it is in these sentiments that allow the songs to connect with fans in the way that they do. With an irresistible, stompy, almost folk-like production flowing through the background, Bentley vows to hold on tight to his faith, freedom, his family’s love. It is no surprise that “I Hold On” hit #1 on country radio, adding another chart topper to Bentley’s collection of hits.

Bentley’s third single and second #1 from Riser, “Drunk on a Plane,” became a platinum certified hit. The track is clever song about a broken hearted man whose fiancée left him at the altar, dressed up as a party anthem. It shrewdly depicts the narrator getting drunk and starting a huge party on a flight to what was supposed to be his honeymoon, becoming the life of the party to cover up the pain of his shattered relationship. The song showcases Bentley’s sense of humor and his ability to create fun, upbeat songs that still showcase strong songwriting and a sense of depth, while avoiding dropping into the bro-country category.  Fourth and current single, “Say You Do,” illustrates a very different side of Bentley. It is a delightful track, but its slow pace is undoubtedly a risk factor on the country charts, where it currently sits at #29. Heartfelt and relateable, “Say You Do” is about wanting and caring about someone, even though you are not good for them. Bentley conveys the yearning quality at the center of the song wonderfully, and its pleasant production makes the track an easy listen.

Album tracks “Five” and “Sounds of Summer” are both undoubtedly future single candidates, should Bentley chooses to release more than its four current single tracks. The former is a charming song about high school sweethearts that drifted apart. The man still cares for the woman, and expresses that even after of all their time and distance apart, he would still be there for her in an instant if she ever needed him. The chorus has an irresistible sing-a-long quality. The song itself has a genuine honesty that makes it earnest and endearing. The lyrics, “And now you’re 600 miles away, and a 10 hour drive, but if you call me tonight, I can make it in five,” really embody the spirit of this track.  “Sounds of Summer” is a catchy, feel good summer track. Bentley reminisces about the sounds in a small town that represent how summer felt to him. From “a tractor firin’ up,” to “a line slingin’ out a fishing reel” and “a cooler sliding in the bed of a truck,” Bentley creates vivid imagery that allows listeners to visualize the singer’s summertime memories and incorporate their own into this comforting, nostalgic track. The songs ambient production and invigorating sound would make this a great single.

“Riser” encourages one to fight through adversity, never quit and to continue rising up no matter how many times you may get knocked down. The optimistic point of view in the track pushes one to never stop striving for goals and dreams to always keep moving forward. In comparison, “Here on Earth” communicates to the listener that sometimes things happen that are so terrible and unexplainable that there are no answers in this world for why they happen. He sings, “There is no making sense of the senseless,” in a track that is disheartening and decidedly somber. The song is also self-reflective, as Bentley describes searching the depths of his heart and soul for answers and but comes up with nothing to give him hope. There is little doubt that the death of Bentley’s father had an enormous impact on the writing and recording of this track, as he translates his grief and sorrow into such haunting, beautiful music.  “Damn These Dreams” is a gorgeous song about walking the fine line between fame, a career in music and one’s family that they leave back at home. The reality of fame is on display as Bentley struggles between following his dreams on the road and being there for his wife and children, a theme that is no doubt a common one for celebrities and performers.

With Riser, Bentley gives us a record that is unabashedly country in all the ways that truly matter – lyrics, emotion, depth and feeling. He continues to give us the best of both worlds, as he blends these elements with more contemporary production, creating a unique sound of his own for this album that can be appreciated by a diverse range of country music listeners.  CrypticRock gives this album 4 out of 5 stars. 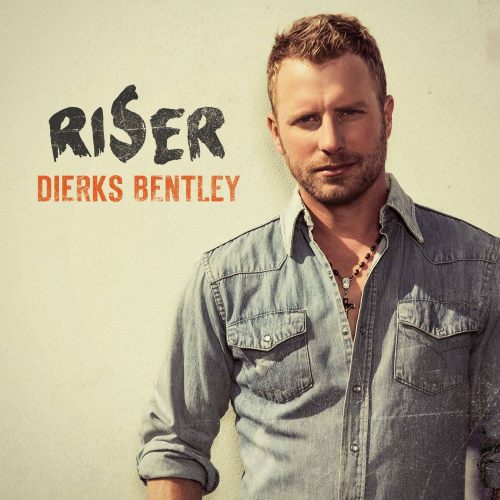