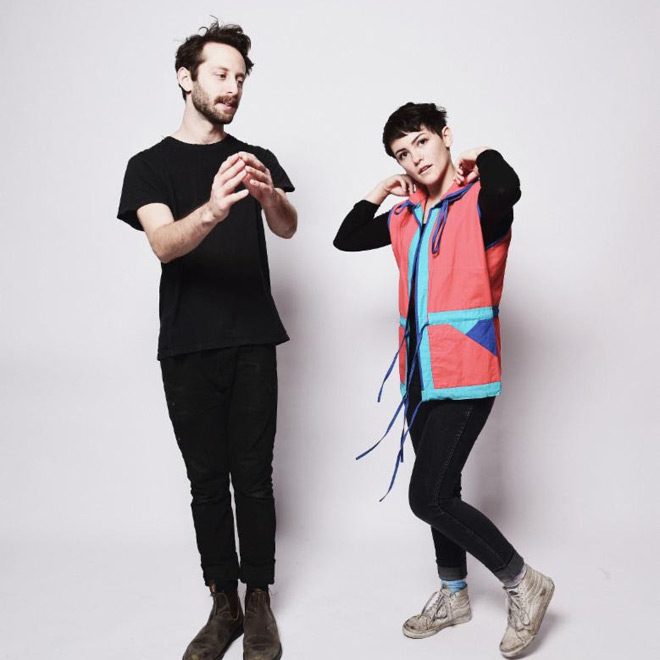 In a world of sound-alike and copycat artists, Diet Cig are something different. A New York duo, Vocalist/Guitarist Alex Luciano and Drummer Noah Bowman, have been creating a fun, feminist, irreverent Punk since 2014. Making their own path over the past few years, on April 7th they will release their first full-length LP, entitled Swear I’m Good At This.

A follow-up to their 2015 EP, Over Easy, Diet Cig have made quite a name for themselves with their robust, oddly specific lyrics and powerful, fuzzy Punk riffs. Which leads to present day, and the twelve tracks of Swear I’m Good At This show Luciano spilling her guts over some unfairly infectious power chords and Bowman’s driving drums beats. In addition, Luciano’s lyrics are unlike anyone else’s in the Pop-Punk/Indie scene today. In fact, they are almost akin to a Tumblr blog set to music – full of color, imagery, and raw feeling in their subjects ranging from the strangeness of modern relationships, mental illness, and becoming an adult in an unforgiving world.

Giving listeners a first taste back in March with the album’s hazy first single, “Tummy Ache,” the lyrics state, “My stomach hurts because it’s hard to be a Punk while wearing a skirt,” and cuts right to the heart of being a woman in Punk’s typical and occasionally unwelcoming boys club. This impression given, Swear I’m Good At This opens with “Sixteen,” giving listeners a blast in the face of Luciano’s unique voice. Her high-pitched sweetness belies her acrid, biting lyrics that tell the story of a teenager trying to be a badass and own her sexuality in a patriarchal society.

From this point on, each track on this album stands out, but one of the stars that shines the brightest is “Maid of the Mist;” a bright, bold piece backed by relentless drums from Bowman and even a few grooving electronic sounds reminiscent of Emo legends Motion City Soundtrack. On an album full of infectious Pop-Punk bangers, “Maid of the Mist” is one of the catchiest with its simple chords and vulnerable lyrics that beg to be screamed by a sweaty crowd of Punk kids in a DIY basement show.

Then there is “Barf Day,” which is one of the album’s strongest songs, both lyrically and musically. The hazy, Emo-leaning guitar are the perfect complement to the deeply introspective lyrics. Luciano shouts, “I just wanna have ice cream on my birthday / I know that you’re sorry, I just don’t care / Blow the candles out and wish all of my pain away.” In addition, cuts like the straight-up, rousing Punk of “Blob Zombie” use its riffs to put the fight between ambition and anxiety on full blast. Meanwhile, “Link in Bio,” “Leo,” and “Road Trip” discuss finding yourself amid the complications of relationships in an overwhelmingly technological world.

Diet Cig’s accessibility is one of their greatest assets. Their music is deeply rooted in classic Punk and Indie, and their lo-fi riffs are powerful without affront. Luciano’s lyrics tell stories that convey feelings anyone trying to pick their way through the crushing pressures of adulthood can vibe with. Navigating life as a human being is tough, but Diet Cig are here to tell you that it is okay to not know what you are doing.

Overall, each track offered on Swear I’m Good At This is unique, but at the core of each is the striking heart, integrity, and realness that is exactly what Punk and Pop-Punk needs these days. For these reasons, CrypticRock gives their exciting debut album 5 out of 5 stars. 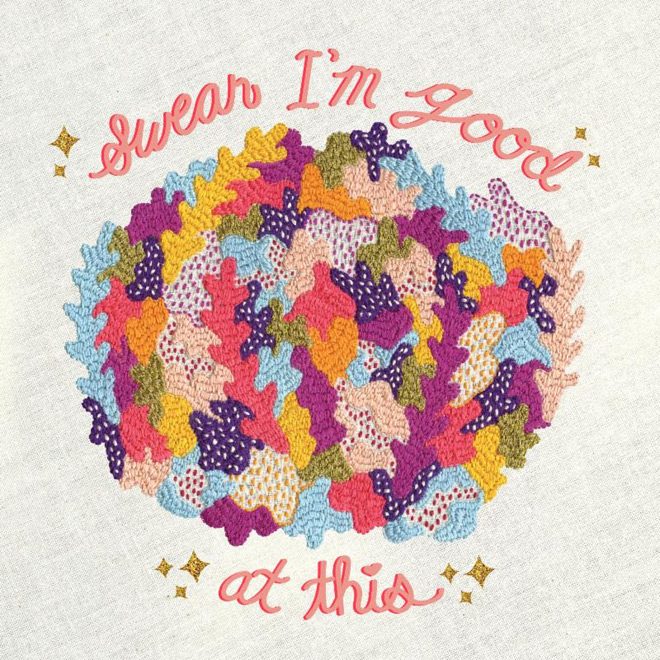