Are right and wrong subjective entities? How do you draw the lines when your own child is involved in a horrific tragedy? Based off the stellar novel comes The Dinner, a Drama presented by The Orchard and Code Red, which was released into select theaters in May 2017 before making its way to VOD as of August 8th.

Those who know Herman Koch’s writings understand that he is a master of minimalism: always offering social commentary – economic, political and otherwise – through a tale that is succinct in its simplicity and yet profound beyond its small scope. The Dinner, the book, is a superb representation of this style and proves that Koch, in many ways, is the modern Danish equivalent of Raymond Carver. But, this is all literary talk… 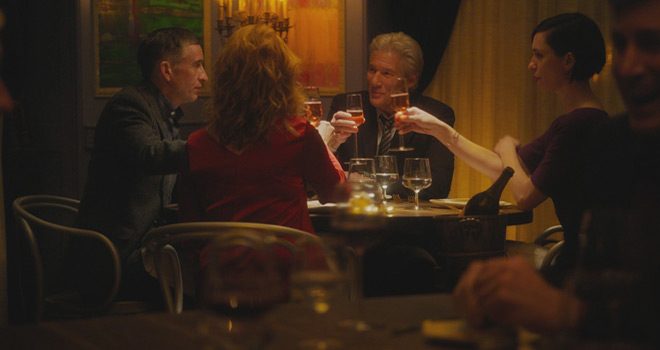 The audience quickly learn that Paul is not a big fan of schnazzy dinners or, for that matter, his brother; he would rather do anything than dine in style and feels punished for having to attend this function. For her part, Claire is elated to enjoy a lavish evening out and she appears, for all judgements, to be a woman of simple comforts, a loving wife and a tender mother; for her, a super exclusive restaurant that creates “food art” is a unique extravagance that happens all too rarely. Clearly Congressman Stan and his second-wife Kate are the polar opposites: well-acquainted with ostentatious displays and perfectly comfortable making a scene upon their arrival. They are, as we little people might immediately judge, the snobs in this little scene.

As the lengthy meal begins and the story starts to unfold, we learn that there is a tragedy at the heart of this gathering and it is not a burnt soufflé! Instead, there are decisions to be made revolving around the couple’s’ sons: Paul and Claire’s 16 year-old son Michael (Charlie Plummer: Boardwalk Empire series, Lean on Pete 2017), as well as Stan’s son Rick (Seamus Davey-Fitzpatrick: The Omen 2006, Before Midnight 2013) and his adopted brother Beau (Miles J. Harvey: Chuggington series, The Cobbler 2014). 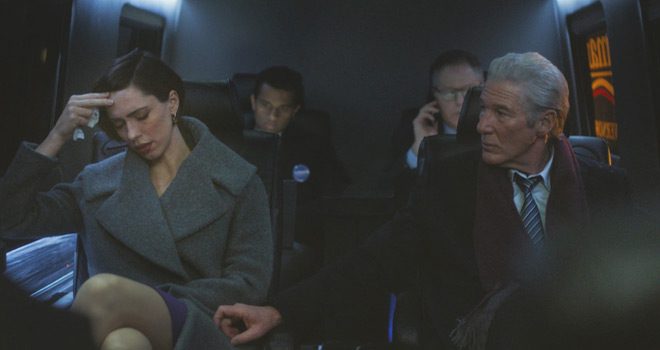 Through flashbacks to the boy’s formative years, we witness Stan’s first wife Barbara (Chloë Sevigny: Boys Don’t Cry 1999, Big Love series) – a reformed hippie of sorts – attempt to parent her children equally, without regard for their birth. Despite their own issues, Barbara, along with Stan, even step in to attempt to help Paul when Claire is diagnosed with cancer and hospitalized.

Through these images of the past, we quickly learn that this family is no different from many of us and have seen their own struggles throughout the years: from cancer to mental illness and beyond. What also becomes clear is the civil war that has raged between brothers Stan and Paul since their own childhoods, is a battle that seems to consume Paul and pave the way for his fascination with history and Gettysburg. After all, what greater symbol is there of a house divided against itself than the American Civil War?

In the present, a lavish meal unfolds in which each individual at the table – from cantankerous Paul to collected Claire, noble Stan to forgiving Kate – attempts to dodge and delay, evading the final outcome of this torturous evening. On the fateful night that set this entire story into motion, what did their boys do and why? More importantly, what is right and what is wrong when it comes to your own children?

Clocking in at 120 minutes, The Dinner was written and directed by Oren Moverman (The Messenger 2009, Time Out of Mind 2014) and is based on the novel by Herman Koch. A Drama that contains a vast array of psychological elements and yet is truly a sociopolitical commentary, The Dinner must be viewed with an understanding that nothing major will happen here, action-wise: this is a story that unfolds through discussion at the pace of a seven-course meal. There are no car-chases, no vicious gun fights; instead, this is a film that tells a hugely emotional, morbidly weighty and darkly haunting tale through conversation and flashbacks. 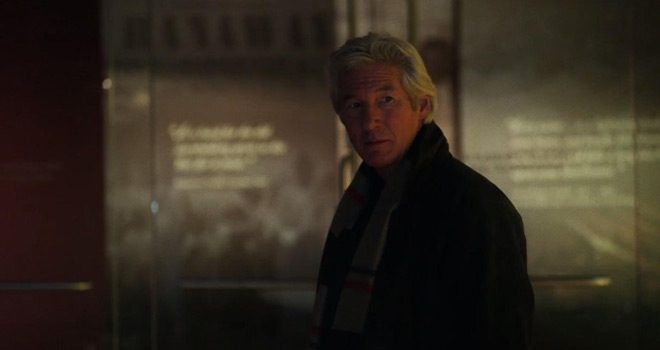 The beauty of The Dinner – both the book and the film – is in its simplicity; through the smallest of nuances, we learn a world of detail. The ensemble cast here do a superb job of communicating a massively daunting tale through a vast array of subtleties. Take, for instance, Coogan (as Paul), who has a marvelous voice that is perfect for the voice-over narrations that express his inner-monologues. In a film, it is not so easy to step inside a character’s mind, and yet Coogan draws us into his soliloquies with his luscious timbre.

In the role of a jovial politician, Gere is superb: it appears as though this is the role he was meant to always play. Shaking hands and greeting his public, he works his way into the film with an air of vicious confidence and yet he, perhaps, is the most self-aware and truly kind-hearted of our characters. The ladies – Linney (as Claire) and Hall (as Kate) – are equally superb. Hall is elegant and stylish yet somehow dangerously indifferent, the perfect counterpart to her hyper-aware husband; lovely Linney is the proverbial mother figure with a protective ferocity focused on her son.

Through marvelous acting and an exquisite screenplay, the cast and crew of The Dinner bring together a darkly macabre tale of our modern world. With metaphorical content galore and that keen socio-political commentary that makes Koch such a beloved author today, the tale here is one that will weigh heavily on its viewers long after the two hours are up. This is not a banal and pointless Drama with nothing to say for itself, no: this is a film with a message and that message is maddeningly aware. For the love of intelligent, artistic, and beautifully provocative film, CrypticRock give The Dinner 5 of 5 stars. 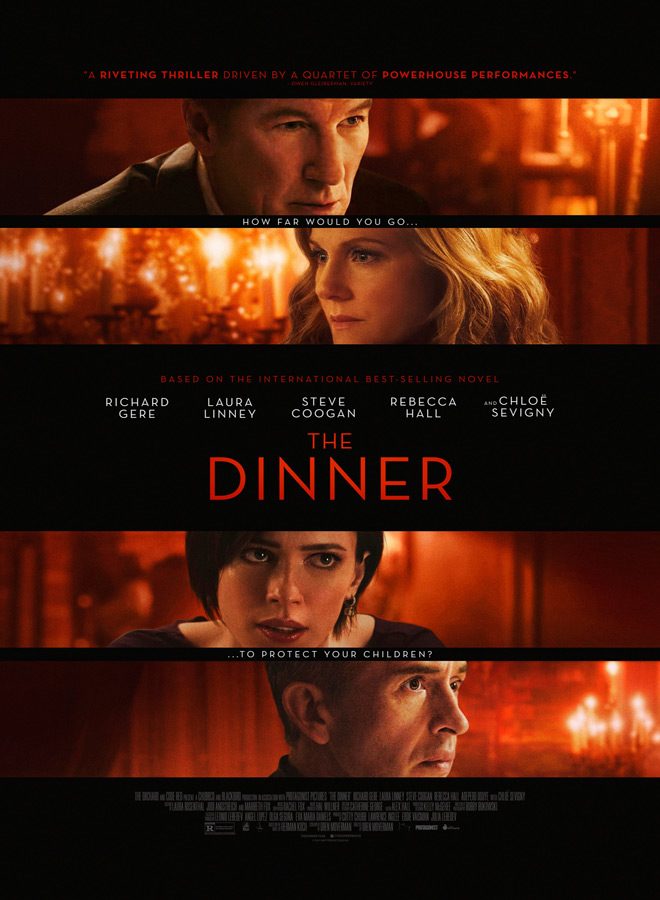