Initially put into production back in 2014, The Disappointment Room went through its share of distribution issues following the declared bankruptcy of Relativity Media. Pushed back and pushed back again, the film finally saw theatrical release via Rogue Pictures on September 9, 2016 and was added to Netflix for streaming as of April 19, 2017. With all the problems faced, does The Disappointment Room live up to its given title or does it stand tall? 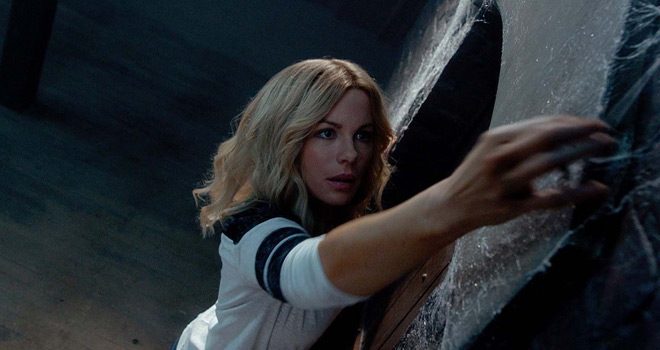 Director D.J. Caruso (Disturbia 2007, Eager Eye 2008) takes acclaimed Actor Wentworth Miller’s screenplay, a well-worn recipe for a ghost story, but put it together the way a fast food chain would slap together a take-out burger. Take an abandoned home built far from neighbors, add a slice of a contrived backstory, a splash of unbelievable sexual tension, and encase it in a bun of potential mental illness, and viewers end up a lukewarm lunch served in a Styrofoam box.

Kate Beckinsale (Pearl Harbor 2001, The Underworld series) plays Dana Barrow, a beautiful and intelligent architect hiding a heartbreaking secret from her past. Before going any further, the attributes of the lovely and talented Beckinsale are wasted here. Along with her husband David (Mel Raido: The Informers 2008, Legends 2015) and their 5-year-old son Lucas (Duncan Joiner: Some Kind of Beautiful 2014, We Bare Bears series), she moves from the bustling city of Brooklyn, New York to start a new life in an abandoned home in the country.

Here audiences will find the first of many cliches the writers rely upon to set up the horror to come. The only real twist in this scenario is that David Barrow is a stay at home dad tasked with taking care of their son while still managing to be a bit of an ass whenever the opportunity presents itself. In every interaction with peripheral characters, he acts as though he is the breadwinner and is the one making decisions. Even worse, there is no explanation as to why he treats his wife this way, especially after it is revealed the reason they are moved so far from the environment familiar to them. 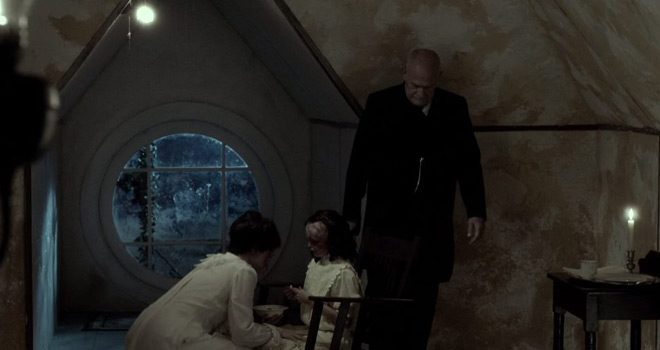 The horror begins to take shape when Dana starts to have dreams and visions she cannot explain. She discovers a secret room in the attic and, upon unlocking the door, Dana is confronted by the true evil living within the house. Or maybe not, because it is never conveyed if the visions are real or if it is all in her head.

Her family’s plan had been to move to the house and rebuild it in a more modern way. While researching the home, she meets Ms. Judith (Marcia DeRousse: Tiptoes 2003, True Blood series), an eccentric librarian. Ms. Judith explains what the room Dana has found is and what disappointment rooms were used for in the century the home had been built and why it had been kept secret all these years. Sadly, Ms. Judith is also the source of a major problem in the story during the film’s predictable, and ultimately unfulfilling, climax.

Upon discovering the dark history of the family who had lived there in the 19th century, Dana spirals into madness, smashing mirrors which reveal portraits of the patriarch of the family, Judge Blacker (Gerald McRaney: Simon & Simon series, Major Dad series). McRaney does an admirable job as an overbearing and strict father turned vengeful spirit, but his knowledge of Dana’s sad past is problematic. Is he in fact a spiritual inhabitant of the home bent on meting out his own form of justice, or is it all just in Dana’s head? 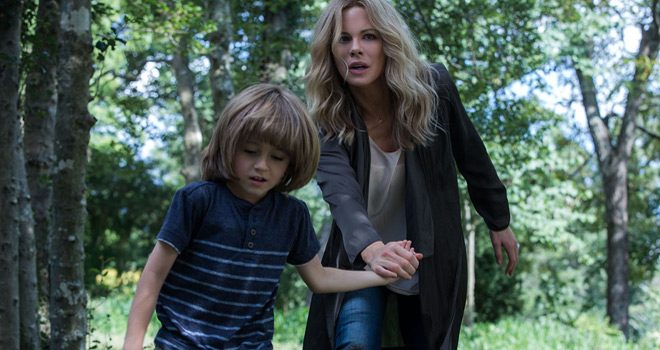 There are clues that point to both possibilities, neither one compelling enough for viewers to be able to decide which. This is why The Disappointments Room, is well, a disappointing film. In addition to all the letdowns, Joely Fisher (The Mask 1994, Inspector Gadget 1999) and Celia Weston (The Talented Mr. Ripley 1999, The Village 2004), both well-known character actresses, make brief cameos. Unfortunately these appearance serve no purpose but to add an almost narrative backstory.

All the ingredients are here for a tasty film of horror and redemption, but instead audiences get an unsatisfying meal of missed opportunity. In defense of Caruso, the film was apparently heavily edited from the original, perhaps even changing the direction of the story. Sadly the case with many botched films, perhaps one day a director’s cut will see the light of day. Until then, CrypticRock gives The Disappointments Room 1 out of 5 stars. 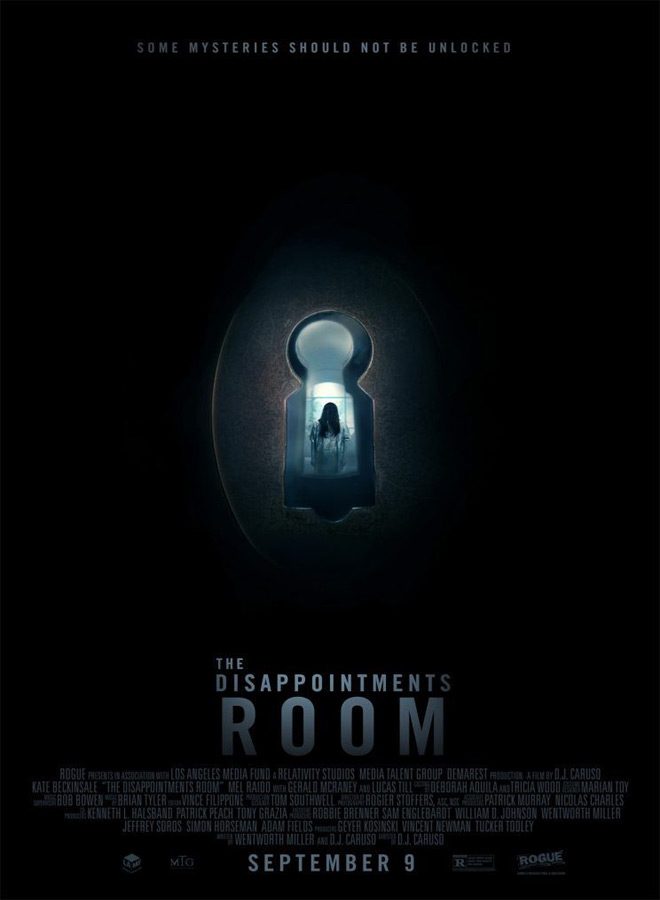