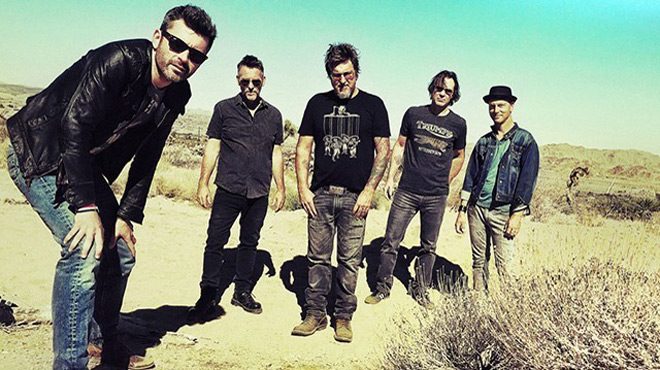 Back at the tail end of the Grunge movement, in 1993, a band by the name of Dishwalla came together out in Santa Barbara, California. Initially labeled a Post-Grunge band, Dishwalla stood out among others on the scene, thanks in part to their thoughtful songs and powerful vocals. More along the lines of an Alternative Rock band, Dishwalla’s style was never limited, as heard on their controversial 1996 hit single “Counting Blue Cars,” all the way through arguably the pinnacle of their creativity, 2002’s Opaline album.

Attaining platinum-selling success in their active years, Dishwalla decided it was time for a break back in 2005. Fortunately the break only lasted a few years, and eager to get back at it, in 2008 the band returned with a nearly intact original lineup led by Rodney Browning Cravens on guitar, Scot Alexander on bass, George Pendergast on drums, and Jim Wood on keyboards. The only element missing was original Vocalist J. R. Richards. Well, Dishwalla had that covered, recruiting Justin Fox in his place. A bit shocking to fans, Fox took to his role as the band’s new lead voice like a fish to water and soon became a part of the Dishwalla family.

A year shy of a decade since Fox joined the fold, Dishwalla has done their share of touring, letting their followers know the band is alive and well. That said, there has yet to be any new music officially released since the band’s 2005 self-titled album, leaving fans yearning. Well, good things come to those who wait, and after eleven long years, Dishwalla are set to return with their fifth studio album, Juniper Road, on Friday, May 5th 2017.

Produced by Sylvia Massy (Prince, Tool, Red Hot Chili Peppers) and recorded at Rock legend Eric Burdon’s retreat out in Joshua Tree, California, Dishwalla entered the studio in October of 2016 on a mission to put together a solid comeback. With years past now, many would wonder, is the band rusty? Do they still have the chemistry to compose a cohesive album? Most of all, how will they sound with a new vocalist leading the way? All valid questions, Dishwalla, as a collective, are as unified as ever. Older, wiser, and more refined, the guys have merely not just sat on their hands for the past decade. In fact, new music had been discussed and planned for years, it was just a matter of waiting for the right time. Taking on a new singer, where the vocalist in many ways was the focal point, is a daunting task. Mindful of this fact, Dishwalla did not rush into anything, spending their share of time on the road performing to fans, allowing them a chance to see exactly what Fox had to offer. A decision that in many cases can make or break a band, fortunately for Dishwalla, the addition of Fox has been a success, and now fans get to hear it all come together on Juniper Road.

Beginning with the psychedelic leaning guitar intro of “Sirens,” it soon lifts off into a heavy groove of distorted guitars and hitting drums. Waiting over a minute before bringing in Fox on vocals, once he enters, the song moves into a Beatles-eque trip before an uplifting chorus. Quite an impressive opening song, they quickly turn to the more Pop Rock “Give Me A Sign.” Led by the keyboards of Wood, it quickly builds into a chant-along song similar to 2002’s “Somewhere in the Middle.”

Now, some may think the album would be an even drive forward with mid-tempo Pop Rock tunes from here, but rather than play it safe, Dishwalla takes bold risks, trying a variety of different styles. There is “Mazelike Garden” with the signature ’90s Alternative Rock vibe; the acoustic “Miles Away,” which is perhaps the first song to really let Fox test the waters; and the very modern tune “Don’t Fade Away.” A perfect match for mainstream radio airplay, easily fitting in on stations such as SiriusXM’s Faction, “Don’t Fade Away” is fresh, colorful, and fun. Most of all, the song does not lose any of the potent lyrics Dishwalla is known for, as they deliver a message of hope.

Clearly a result of life experiences, and learning from mistakes, “Here For You” offers more positive feelings of love and dedication. In the same breath, “Hand in Hand” offers a similar emotion, but musically shifts as the guitars create a dream-like atmosphere as the notes ring out perfectly. Then, assuring fans they still have plenty of heaviness left in them, “Now I Know” rocks loudly, creating a tone that could easily be seen fitting in on 1995’s Pet Your Friends.

Even still, to this point in Juniper Road, Dishwalla still have more tricks up their sleeve, and with that truly dazzle with “Not Alone.” Highlighted by a faint spellbounding guitar melody in the backdrop, it follows the track throughout, shape-shifting at it goes. Easily one of the best songs on the album, it could also be one of the best songs the band has ever written. A bold statement, it is not to downplay any of the other tracks on the album which come before, those which come after, including the flange guitar of “Darkness Conceals” and empowering “Set Me Free,” provide just as much intrigue. Then Dishwalla save the album’s darkest song for last with “Waiting On You, Love,” a mellow offering where Fox moves between high and low notes with ease, ending the ride on Juniper Road on a high.

After waiting as long as fans have for a new Dishwalla record, people would be lying if they knew what to expect. Sure, they could say they would expect a standard album from an elder Alternative Rock band, but they could not be more wrong because Juniper Road is anything but uninspired. Using their own identity, Dishwalla successfully has transitioned to 2017 both in sound and style. In enough words, these songs are crisp, creative, while also being a combination of everything Dishwalla has done in the past. As for Fox, his voice is simply spectacular throughout, weaving through each song with ease, sounding like he very much belongs. While the wait has been long, it was well worth it because Dishwalla has delivered one of their best albums to date. That is why CrypticRock gives Juniper Road 5 out of 5 stars. 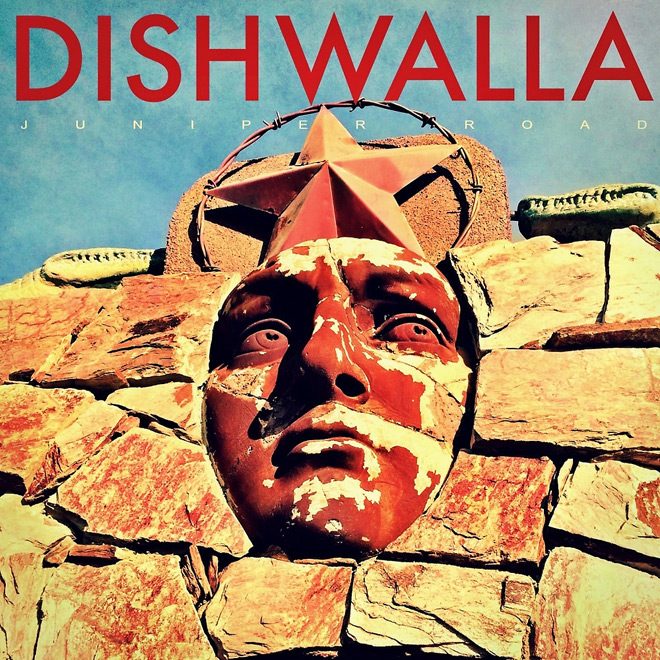