Never has a student had it so hot for teacher in all the worst, non-sexual ways possible! Step into one truly disturbing classroom environment with Dismissed, the latest release from The Orchard, which arrives to EST/VOD on Tuesday, November 21, 2017.

Dismissed takes its seat behind a desk in English 301 at Morristown High School, somewhere in sunny Southern California, a class that is taught by Mr. David Butler (Kent Osborne: How to Cheat 2011, Adventure Time series). With the class currently in the throes of dissecting Shakespeare’s classic Othello, in walks new transfer student Lucas Ward (Dylan Sprouse: Big Daddy 1999, The Suite Life on Deck series). An intensely dedicated, hard-working and intelligent teenager, it becomes immediately clear to all that Lucas is destined for the Ivy Leagues. 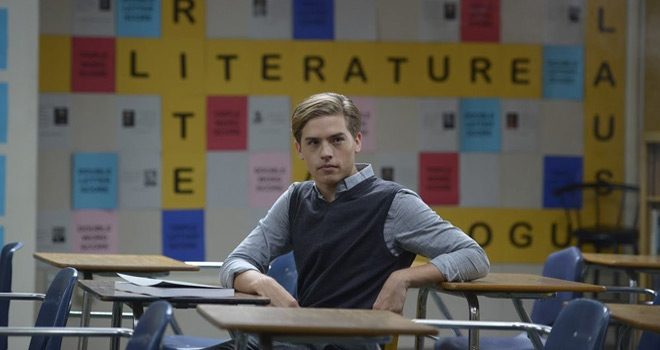 Though, as he begins to interact with his fellow students – from the equally nerdy Becca (Rae Gray: Moviestar* 2015, Fear the Walking Dead series) to jock Chris (Mitchell Edwards: Bedeviled 2016, Burning Sands 2017), to chess champion Alex (Matthew J. Evans: Smiley Face 2007, Bad Teacher 2011) – there is an intensity and pomposity about this new transfer that does not bode well with some of his counterparts. Blissfully ignorant of the developing situation, inspired to finally have such an intellectually stimulated student, Mr. Butler quickly adds Lucas to the Chess Club membership and the two appear to be growing close as student and mentor.

Unfortunately, it quickly becomes fairly-obvious that Lucas is hell-bent on a perfect 4.0, admission to Harvard, and, above all this, maintaining the façade of perfection at all times. When he receives a B+ on an essay and, shortly thereafter, is placed in Second Seat at the Chess Team’s upcoming meet, Lucas’ inner rage begins to boil. What will transpire is a series of horrific events – including a literal explosion – with everything spiraling quickly downhill and one man seemingly standing at the center of the bullseye: David Butler. 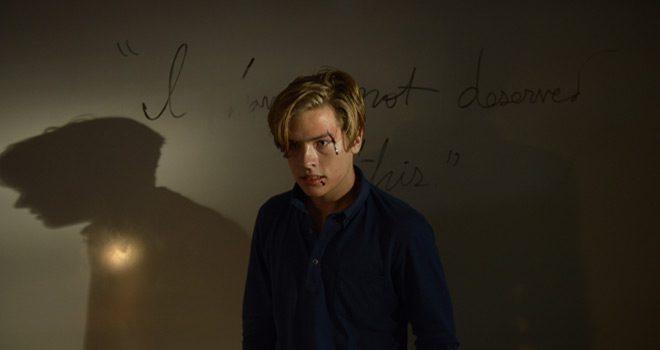 A Thriller with many literature and chess-based analogies throughout its darkly haunting script, Dismissed is a solid offering that will disturb you long after its closing. An intelligent offering in the genre, this is a film that makes clear metaphors throughout, utilizing the text of such high school English favorites as Shakespeare’s Othello and Dostoyevsky’s Crime and Punishment; a thoughtful usage that, while whip-smart, might make some former English students cringe. Shakespeare? No, thank you!

The ensemble cast do justice to their roles throughout, though the clear stand-out of this production is Sprouse as the deranged Lucas Ward. Equal parts hauntingly smarmy and dashingly convincing, Sprouse creates a well-rounded character who is alarmingly intelligent, eerily intense, and a brilliant embrace of all things sociopath; like the chess master that his character claims to be, Sprouse’s Ward plays everyone around him like a pawn. Equally talented is Osborne, whose Butler is able to meet Sprouse at every pass, and, without giving too much away, he authors the ultimate, tragic check-mate. 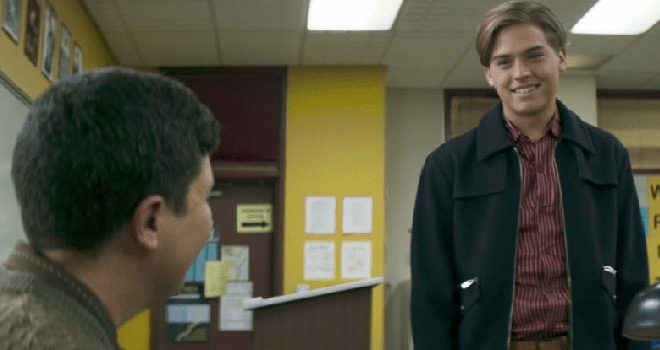 Dismissed tells the disturbing tale of a teacher who is extorted for a better grade, stalked and tormented for giving a talented student less than what he feels he deserves. Of course, how does one truly satisfy a psychopath? We may never know, but Dismissed does a superb job of imagining this sticky situation, raising hackles – and not just with memories of high school English class! – as well as weaving intelligent analogies as it goes. For these reasons, CrypticRock give Dismissed 4 of 5 stars. 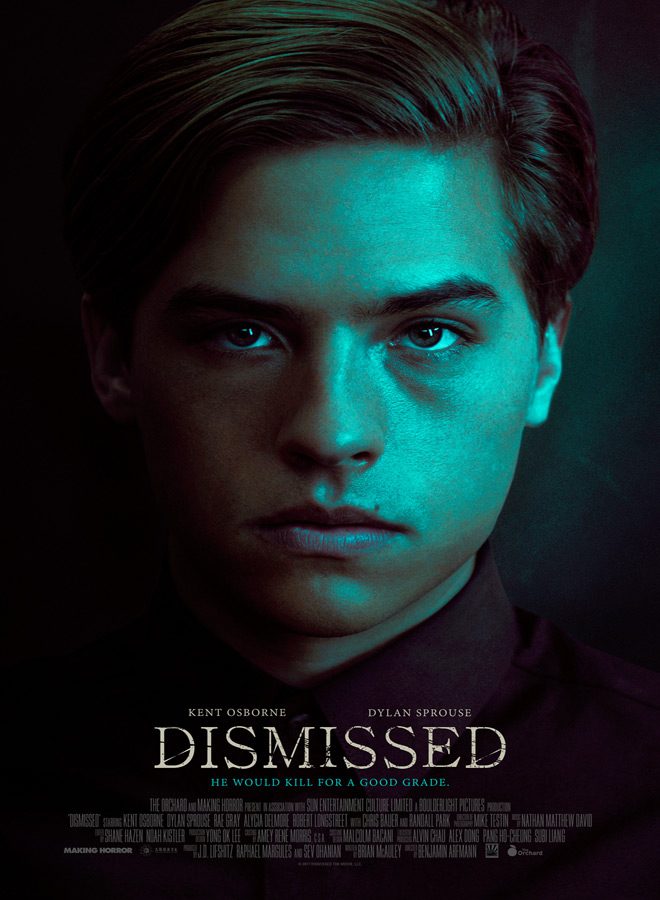