There is presently a trend amongst filmmakers, particularly in the Horror genre, where the most exciting parts of the film do not happen until at least the halfway point. The downfall of this approach, unless the film is outstanding, intriguing and unique, odds are, the viewer has already lost interest. Sadly, this is the case with the latest Horror film Ditch, also known as Ditch Day Massacre. Making an appearance at various film festivals, in 2014, it won two awards at Burbank International Film Festival. A joint writing effort from Daniel P. Coughlin (Farm House 2008, Diary of a Psychopath 2015), and his brother and actor, Ryan Coughlin (debut film), it is directed by Joe Hendrick (Ritmo Machine: La Calle 2012, Skitta Merino 2012) and currently available on Blu-ray/DVD in Germany. Not yet mass released domestically in the USA, Ditch Day Massacre is a Slasher that is bound to break into the market very soon. 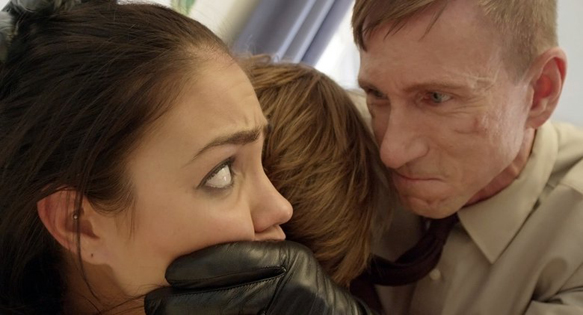 The events of the story are initially set twelve months prior when high school senior Jenny Bilson (Katy Foley: Criminal Minds: Beyond Borders 2016, Ciaran the Demon Hunter 2016) drives home drunk from a party and crashes into another car. Her father, Dale Bilson (Greg Depetro: Betrayed 2016, Married with Secrets TV series), is a detective in the local police and manages to wipe the incident from Jenny’s record. A year later, despite no legal ramifications for the accident, the memories of that night haunt Jenny in some capacities and she is not quite the same. Dale and Jenny’s mother, Helen (Suzanne Gutierrez: CollegeHumor Originals TV series, Unacquainted TV series), are supportive of her, however they do not want her bringing it up or telling other people about it, for fear the world will get out.

One weekend, Dale has to go away for work and Helen decides to join him, leaving Jenny at home alone. This does not last long when Jenny’s boyfriend, Mike (Zach Silverman: Bullets TV series, CSI: Crime Scene Investigation TV series), arrives and convinces her to throw a party. A few of their school friends – Bill (Kyle Morris: Exquisite Corpse 2015, Mortuary Massacre 2016), Trina (Pandie Suicide: Massacre 2015, Blood Bath 2016), Max (Gabriel De Santi: Stop 2015, Dreamcatcher 2015), and Cathy (Samantha Dawn: Premonition 2012) – come around not long after, and all of them drink and have fun. However, after kidnapping Jenny’s parents, while the kids are partying, a crazed killer, Vick (Bill Oberst Jr.: Criminal Minds TV series, Scream Queens TV series), sneaks into the house and starts killing the kids, leaving Jenny and Mike to find out why he is attacking them. 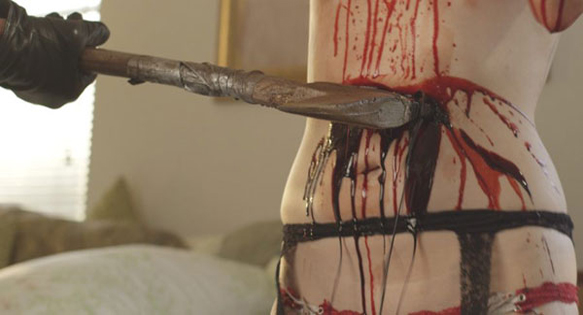 Local police officer Laymon (Tara Gerard: Bucky Larson: Born to be a Star 2011, Happy Endings 2012), suspects corruption amongst the police department including her chauvinistic boss, Mann (Brad Potts: Water for Elephants 2011, Golden Cage 2012). During the course of her investigations, she uncovers Jenny’s story and suspects she is in trouble. Jenny and Mike spend several terse minutes evading Vick, only for Jenny to discover she is the real reason he is there, and he is not alone. Jenny’s celebration takes an ugly turn and her life will never be the same again. Will Officer Laymon arrive on time to save the day, or will Jenny suffer the fate she truly deserved in the first place? 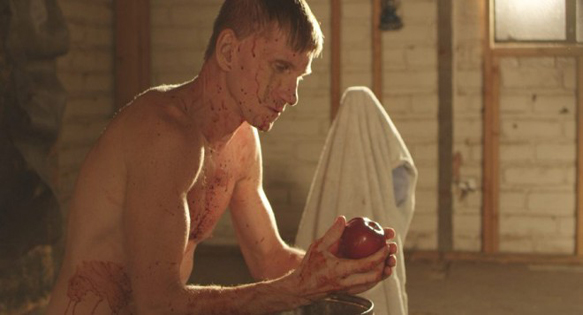 The first half of Ditch Day Massacre is mainly focused on the kids getting drunk, doing drugs, and having sex. These scenes do not propel the plot forward in any way, and act as a kind of filler in until the real action starts. Nonetheless, there are some interesting and edgy aspects of this film which should have been explored further rather than adding unnecessary scenes. That said, it is certainly not compelling enough to sit through it for over an hour. Although, while not reinventing the wheel, those interested in a good old Slasher may find this one enjoyable. CrypticRock.com gives Ditch Day Massacre 2.5 out of 5 stars. 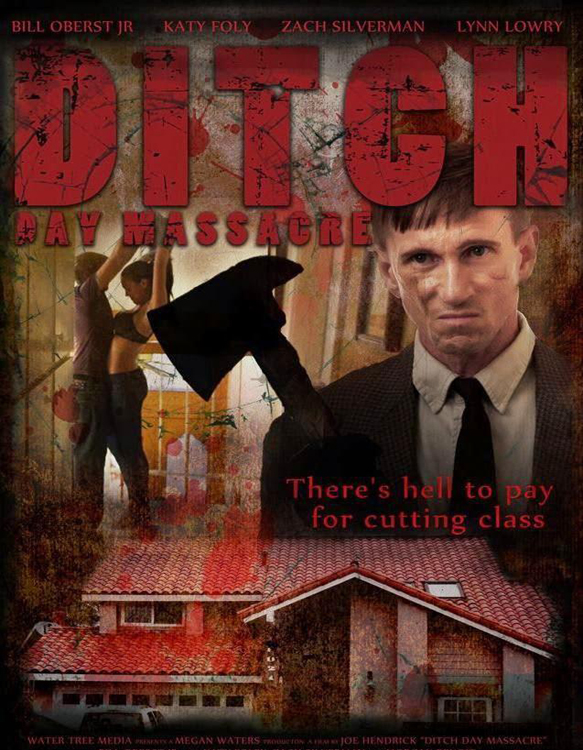