A man and woman roam a post-apocalyptic wasteland scavenging for anything that will help keep them alive just a bit longer. The emptiness is vast; a desert of white sand with no shelter but the far distant city in sight. They sleep in a makeshift tent made mostly of plastic bags and bits of tin with rope to hold it together – clearly not the best protection from the bitter wind, but better than nothing. We learn the woman is slowly dying from a disease, the same one that caused the collapse of civilization. After she succumbs to the virus, the man is left alone and we learn that he was at the center of the conflict that brought the end of the world, and he is not given, but forced into a chance to go back in time to change the fate of the human race. 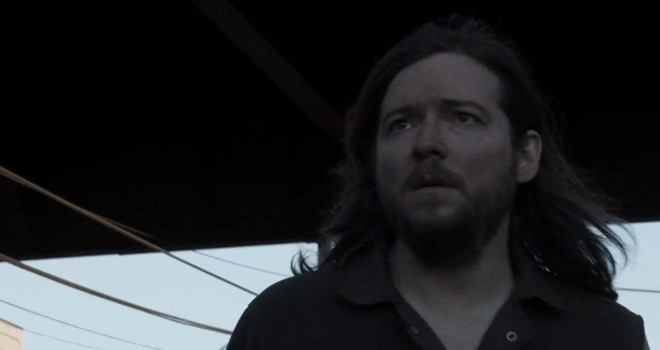 This is the first act of Diverge, the directorial debut of James Morrison, who also wrote the screenplay, and it sets up an emotional thriller that is reminiscent of the films such as 2009’s The Road and 1995’s 12 Monkeys, but has its own identity. Initially shown at The Art of Brooklyn Film Festival in June of 2016, after two years of screenings at various other festivals internationally, Diverge finally makes its way to iTunes and VOD on Tuesday, February 6, 2018 thanks to Gravitas Ventures. So what is all the buzz about this festival hit?

The protagonist, Chris, played by Ivan Sandomire (Taking Woodstock 2009, Boardwalk Empire series) is fitted with an electronic device that is there to enforce his one rule – he cannot interact with his past self. He has no choice but to endure the pain of having to see his wife, himself, and baby son go about their lives, none the wiser about the impending doom.

Chris races against the clock to find the past version of the man who sent him back, Dimitri Tarkov, and to find out how to stop the apocalypse. Chris has everything stacked against him – his boss at the pharmaceutical company, a powerful, rival company with shady intentions, and time itself – but a man who has lost everything will do anything if given a chance to get it back. 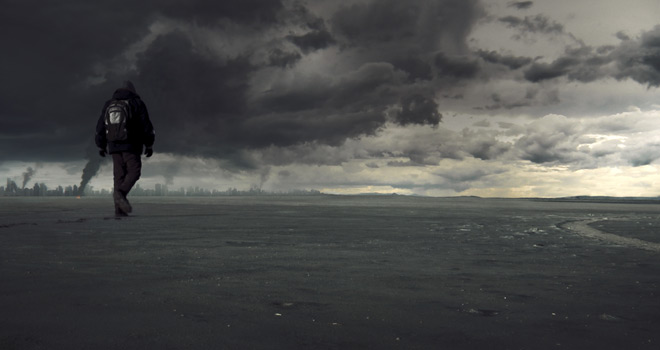 Diverge may seem like a typical post-apocalyptic fare at first glance, but viewers would do well to invest in this Independent Sci-Fi Thriller. This movie is beautifully shot, especially throughout the first act in the barren landscape. The way Morrison is able to portray the emptiness and hopelessness of the post world with so little is really remarkable. There is no big budget CGI nor great, crumbling metropolis, rather a series of soft but powerful shots of a vast, arid desert and the razor sharp sounds of the winds punishing the makeshift bag-tent at night.

Additionally, the acting in Diverge is top notch, with Sandomire giving an outstanding performance as the beleaguered hero. Like the director, he is able to convey so much with little, a vast range of emotions with just the look on his face. Chris’ desperation, pain, and hope resonate strongly throughout and will keep the audience invested in his journey. Jamie Jackson (The Blacklist 2013, Person of Interest 2014) also does very well as the gruff and bold Tarkov, whose past self contrasts wildly with that of his future self; a conflict that makes the viewer wonder how much they can trust him. Andrew Sensenig ( We Are Still Here 2015, Longmire series) is wonderfully loathsome as Chris’ boss and one of the film’s few villains. Erin Cunningham (Love is a Thieves Game 2014, Bad Moon Rising 2007) plays Anna, Chris’ wife, and is perfectly sympathetic in future and past. Their relationship as husband as wife as well as new parents is what the audience will really find worth saving. 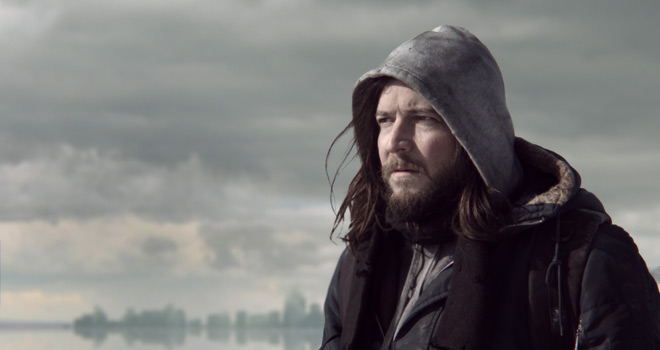 The plot of visiting the past to change a bleak future has been done countless times, but Diverge does everything needed to separate itself from the pack. It is smartly written, very well-acted, and crafted with visual poetry. This easily could have fallen into the realm of derivative in lesser, uncaring hands, but Diverge will surprise viewers in all the right ways. Sci-Fi is off to an excellent start in 2018 with this Independent gem, and for that, CrypticRock gives Diverge 4 out of 5 stars. 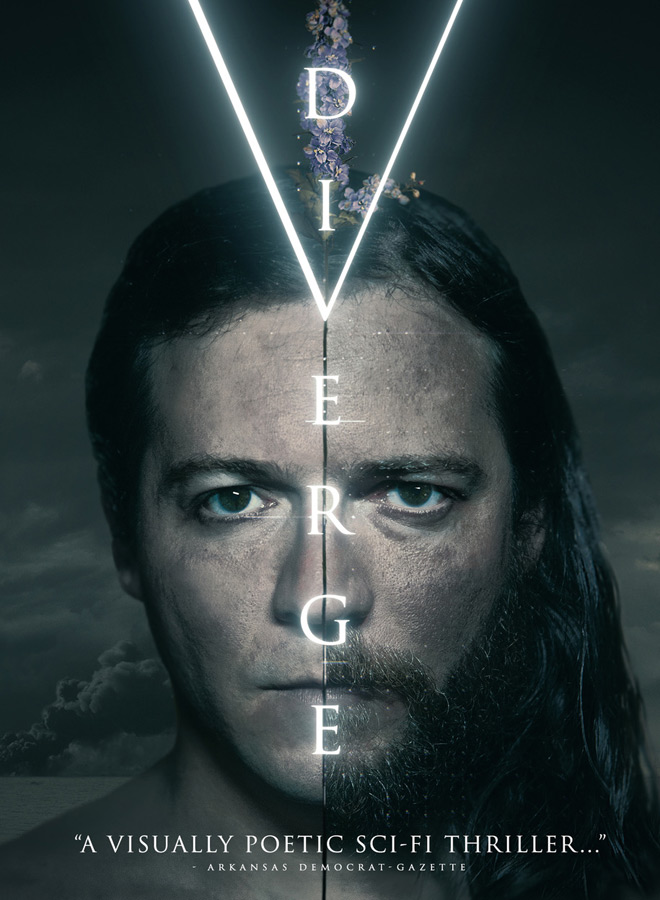