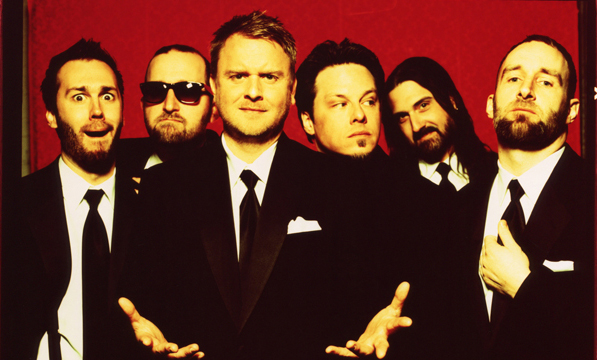 Out of Maryland, Rockville to be precise, came an experimental Rock band called Dog Fashion Disco (or DFD for short). DFD was formed in 1995 by Todd Smith, Greg Combs and John Ensminger, who were all high school buddies. Before releasing any material as DFD, they were first known as Hug The Retard. The band changed it because they felt it would be offensive to people. Their first two albums, Erotic Massage (1997) and Experiments in Alchemy (1998) were independently recorded. Dog Fashion Disco then signed to Outerloop Records and released the album The Embryo’s in Bloom all within a year. Late in 1998, Jeff Siegel joined the band as the keyboard player, replacing Quigley, and from that point on would be the most stable lineup the band had. With the exposure after playing on USA Network’s FarmClub in 2000, it led DFD to signing with Spitfire Records and saw much more popularity and distribution in their music. With doing so, Serj Tankian, frontman for System of a Down, provided vocals for the track “Mushroom Cult” on their Anarchists of Good Taste (2001) album. Not long after, they set out on their UK tour in support of their album, after finishing their first music video for the song “Leper Friend.”  Up until they disbanded in 2007, they released eight albums, two EP’s, and a music video. As of October 2013, they announced they would be getting back together and releasing a new album in July of the following year titled Sweet Nothings. Their plans includes keeping the lineup together, with exception of Siegel who would be replaced by Tim Swanson on the keyboard.

Sweet Nothings begins with a track named “Greta”; sounding heavily influenced with a Big Band and Jazz twist on the grungy Metal-like lyrics, but manages to blend them together impeccably. “War Party” and “Scarlett Fever” both escalade in a boisterous manor as they play on. The intriguing piano intro opens into a transcendence of Rock, Electronic and Jazz feelings all wrapped up into one in “Scarlett Fever”. As the album continues into “Approach and Recede” and “Down the Rabbit Hole,” you replace more of the Jazz with a splash of Rock feel with the sound of Hard Rock with hints of the Jazz percussions.”Struck By Lightning” opens with amazing organ tunes followed with the sounds of classic Surfer Rock riffs and an Electronic-like reggae beat with a heavy sounding chorus giving way to the mellow sounds of the track “Sweet Nothings.” Following with Metal blasts and a sax in “Pale Horse,” all simmers down at “The End of the Road”; a mellow melodic beginning to end, with never failing bursts of metal to conclude this musical roller-coaster of an album.

Through the independent struggles of personal loans to finance albums and different labels, they have done it again! After a seven year hiatus the band has not lost a step and give their dedicated fans some great new material to dig into.  Get ready for a joyride through the most magical and twisted places that fans can imagine. CrypticRock gives Dog Fashion Disco’s Sweet Nothings 3.5 out of 5 stars. 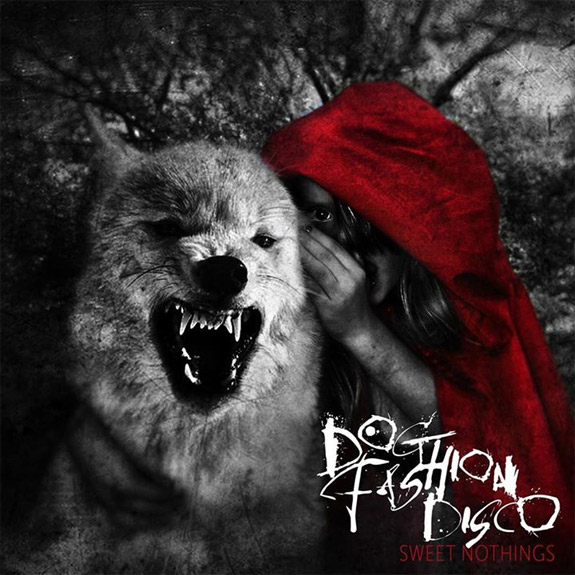