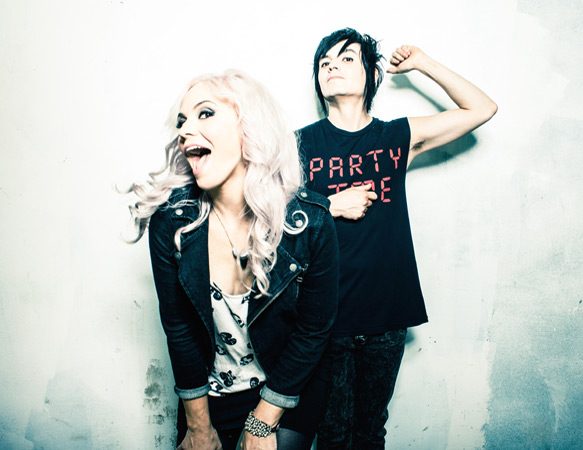 Pop Punk has been around for decades, perpetually changing and growing as each generation makes it their own. From the early California Garage-Punk stylings of Green Day, to Blink 182’s melancholic numbers, to All Time Low’s arena anthems, the genre is constantly expanding itself.

Offering their own brand of upbeat Pop Punk, enough to power a small country, Los Angeles husband-and-wife team The Dollyrots bear no exception. Formed in 2000 at the New College of Florida, The Dollyrots consist of longtime friends-turned-spouses Kelly Ogden (vocals, bass) and Luis Cabezas (guitar, vocals) who have a knack for hard-hitting, catchy as hell music with witty lyricism. Their sixth studio album, Whiplash Splash, set for release on March 24th via on their very own Arrested Youth Label with distribution via MVD Entertainment Group, is an infusion Pop, Punk, Rock, and everything nice.

Looking at their past, after Because I’m Awesome became a smash back in 2007, The Dollyrots have turned to more mature songwriting. While more recent albums such as 2014’s Barefoot and Pregnant traces the duo back to their raw roots, it all comes together on Whiplash Splash.

From the heartwarming, confectionary-coated first track “I Do,” to the buyant cover of the Katrina and the Waves hit “Walking on Sunshine,” Ogden and Cabezas deliver an optimal level of enthusiasm and serious fun. The nautical cover art matches perfectly to the third track “Mermaid,” which begins with a smooth guitar intro from Luis and then blasts into the hyper-melodic chorus. The high-to-low transitions between verse and chorus hits at just the right spot, creating a smooth punch that can only be elevated by Ogden’s spunky vocals.

Those who enjoy old-school Dollyrots tracks such as “Pretty on the Inside” or “Big Mouth,” “Just Because I’m Blond” will transport them back in time. With just the right amount of sass and witty comebacks, Ogden manages to deliver a high-energy performance and one of the most memorable choruses of their entire career. While there are party songs like “Dance Like a Maniac” and “Saturday Morning,” The Dollyrots thankfully showed another facet to their musicianship with “Jump Start This Heart.” By combining elements of ‘80s power Pop, the duo create an interesting blend of  Pop Punk and power ballad.

The one message to take home after listening to Whiplash Splash is simple, have fun. At the end of the day, The Dollyrots want listeners to be full of energy, celebrating everything life’s ups and downs have to offer. They want them to jump out of their seat, dance in the office, and smile at strangers, just because. This entire mentality is encompassed on one of their most daring covers to date, Katrina and the Waves’s 1983 hit “Walking On Sunshine.” They stay eerily true to the original, as they typically do, but add the signature Ogden charm that remains on any track the duo covers.

Overall, The Dollyrots have once again maintained their niche in an interesting, infectiously happy way. With each new track comes an enticing new sound, ferocious vocals and, most importantly, the most fun on a record all year. CrypticRock.com gives the Dollyrots’ Whiplash Splash 4 out of 5 stars. 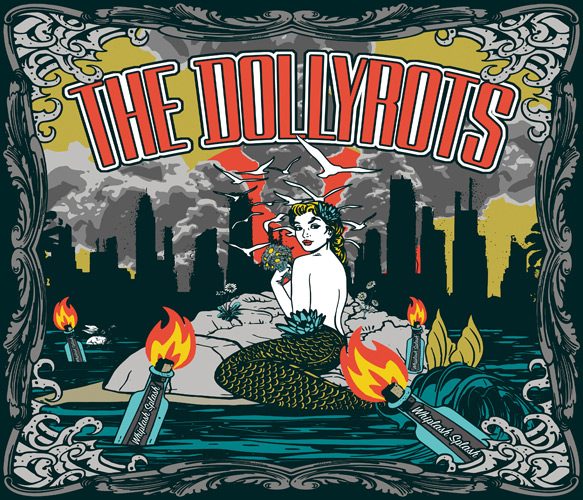