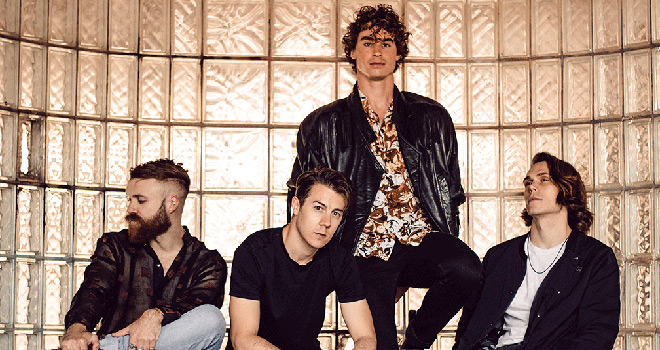 While some bands are fighting to find their niche within their appointed genre, Don Broco have been happily thumbing their collective nose at the idea of genre for nearly a decade now. Ready to aim their lyrical ire at something we are all forced to embrace on a daily basis, Don Broco return with Technology on Friday, February 2, 2018, thanks to SharpTone Records.

The British lads in Don Broco formed in 2008 while still in high school, where they coincidentally would play their very first gigs. In university, they would officially decide to become a band, make a multitude of name changes (Club Sex, anyone?), and ultimately go on to release their debut full-length disc, Priorities, in 2012. In 2015, Automatic would follow, along with sharing stages with a truly eclectic bath of performers that includes the likes of Bring Me The Horizon, The Used, 5 Seconds of Summer, Awolnation, Four Year Strong, Enter Shikari, Marmozets, You Me At Six, Beartooth, and The Dangerous Summer, to name but a few. Additionally, the Don Broco boys have also appeared at such noteworthy overseas festivals as Download, Sonisphere, Reading, and Leeds.

Known for their killer videos that blend the artistic and the sarcastic, elements of Horror and wave a finger at the technology they embrace, Don Broco – Rob Damiani (Vocals, Electronics), Simon Delaney (Guitar), Tom Doyle (Bass), and Matt Donnelly (Drums, Vocals) – are now more than prepared to blow your mind with their third studio offering, the sixteen-track Technology, the band’s first release for SharpTone Records.

Technology kicks off with its titular track, “Technology,” a catchy yet pummeling, sarcastic glance at the wonders of the internet, from puppy love to selfies, frenemies to the joys of being alone together. Have you seen the hysterically mocking video? If you have not, mosey over to YouTube and do so!

“Stay Ignorant” (“If we’re gonna fake it, fake it right!”) picks up where its predecessor left off lyrically, while embracing a kind of 1980’s Pop/Hip Hop blend musically before exploding into multi-layered, massive modern choruses. Don Broco crosses genres throughout the song flawlessly, creating a sonic spell that is cohesive and infectious; the perfect representation of a band who do it all and do it all with panache!

“T-Shirt Song” sees seductive bass-lines wrap around Damiani’s embrace of his lower register, creating a track that is a 2018 Emo explosion. This moves the lads into the delectably facetious “Come Out To LA,” which explores the myths of easy success in Hollywood, all while instituting a massive infectiousness that will have you singing and dancing for weeks to come!

Damiani embraces a kind of Rap approach to his vocals on the somewhat controversial “Pretty,” which has a truly comedic face/off video and blends some ‘80s synths into the mix to create a nostalgic experience. Just remember, folks: “Pretty things can be evil!” Next, Damiani goes way up into the eaves on “The Blues,” a sensual slam of extraordinary proportions. In turn, “Tightrope” embraces Don Broco’s inner 1980’s soundtrack fetish but explodes into choruses that are fully 2018 and completely enveloping of all your senses.

“Everybody,” whose video picks up where “Technology” left off, is a delectable stomp, while the jungle funk of “Greatness” is an all or nothing plea. Meanwhile, the bitterness of “Porkies” gives way to a kinder, gentler approach on “Got To Be You,” complete with soaring melodies. Thankfully, this calm doesn’t last for long and Don Broco once again go sarcastic on “Good Listener,” where they reference those shitty friends at Google and Facebook, and the best listener of all, mom.

Bassist Doyle channels his inner-Flea on the hard rocker “¥” (that would be the symbol for the Japanese Yen), which moves the band into the bitter confessional “Something To Drink,” touting a raw vocal that gets down and gritty. They pick back up with the funky sincerity of “Blood In The Water” before the notorious, glorious, funktastic rocker “Potty Mouth” ends the collection with a lewd embrace that, sure, drops the f-bomb a lot but it is not as offensive as a mouth can truly get. At its ultimate conclusion, there is a comedic bonus embedded to leave you off with a smile!

Don Broco are an amalgamation of so many sounds that you absolutely cannot pigeon-hole them as anything other than Don Broco. On Technology, Damiani’s suave vocals change with the wind, relaying a multitude of mocktastic lyrics that are hyper-aware of the times in which we thrive (and often die). From the facade of prettiness to the ills of the internet, this is a collection that is wholly infectious in sound and entirely aware in its social commentary. Sounding like a dream while dripping with biting sarcasm, CrypticRock cannot help but to gift Don Broco’s Technology 5 of 5 stars. 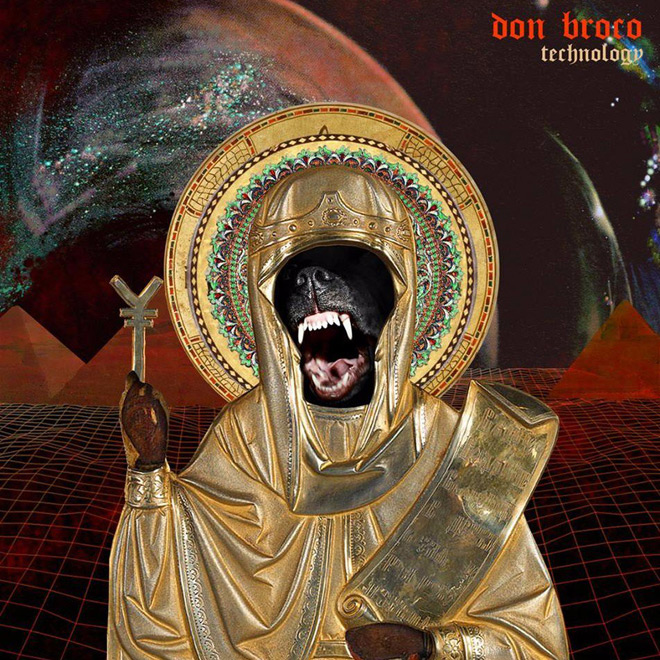