Coming from projects such as 2013’s Evil Dead and 2009’s Panic Attack, Director Fede Alvarez released his latest installment, Don’t Breathe, starring Stephen Lang (Avatar 2009, Conan the Barbarian 2011) as The Blind Man, Jane Levy (Evil Dead 2013, Suburgatory TV series) as Rocky, Dylan Minnette (Let Me In 2010, Goosebumps 2015) as Alex, and Daniel Zovatto (It Follows 2014, Fear The Walking Dead TV series) as Money. This Suspense Thriller held a lot of good qualities and had a very impressive opening weekend, topping the charts at 26 million dollars. It branched out from newer Horror movies, having something more than forgetful “jump scares” and a boring plot. Timing at 1 hour and 28 minutes, Don’t Breathe delivered a story that was simple, and effective. 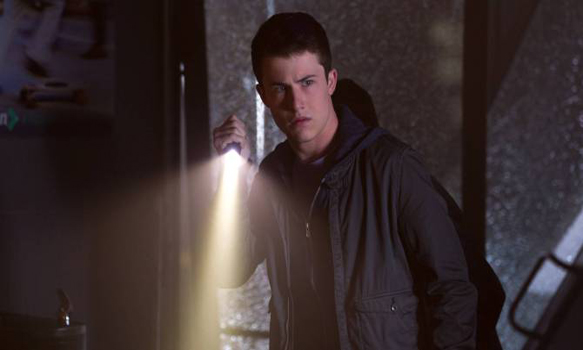 Currently living in the unforgiving streets of Detroit, friends Rocky, Money, and Alex make ends meet by robbing houses. They have a pretty good system going, and they decide to do one last run to start new lives. They target a retired war vet who is rumored to have acquired a heavy settlement through the court system. Being that he is blind and lives in an abandoned neighborhood raises the confidence of the crew that it will be an easy job. Once inside, only then do they realize they seriously underestimated this man.

Some of the elements that really carried the success of this film were the characters. They took the simplicity of the plot and script and literally rolled with the punches, Alvarez testing them throughout most scenes to receive genuine reactions. Every actor felt authentic, their facial expressions staying true to every thought and reaction. Lang’s role as The Blind Man was an interesting portrayal, mimicking the other characters on a level between villain and victim. 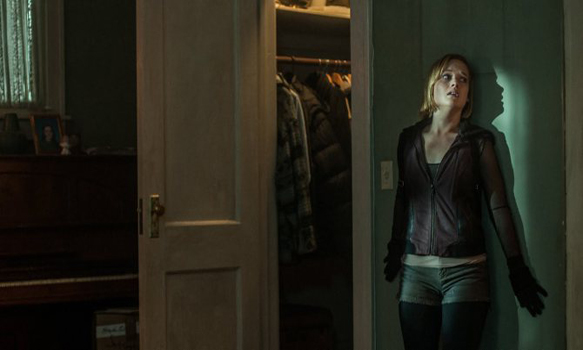 Being that the most intense scenes were the most quiet, the dialogue stuck to the main focal points of the story without getting lost and never over doing it. The silence and light-breathing increased the ambiance, and also gave the audience their own moments of cringing while holding their breaths. This was a great quality to have, as it stayed away from quick scares that did not amount to anything, typically seen in most Horror films today.

The setting was perfect, the outside displaying the incentive to the young criminals on why they would commit their crime in the first place, and then inside the house that quickly became a dark and dismal prison. There are many shots of and around the house, using a fish eye lens point of view, highlighting the dangerous premises and its ugly truth. The single scanning shot as an introduction to the inside was also a nice touch. 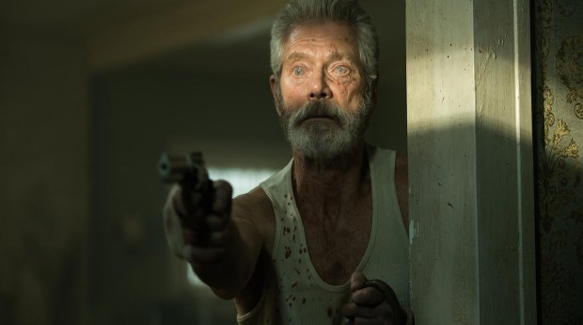 Alvarez’s latest work did not disappoint, all major key points coming together to create this suspenseful Drama. It built intensity throughout, taking its time without wasting any as it connected the disturbing facts. During the more climactic scenes, some reached a level of violence and brutality to make the skin crawl. Once again, the plot and dialogue were kept simple, and all the elements surrounding it came together flawlessly. If there is any complaint at all, it will most likely be the ending, which seemed somewhat flat, but a possible opening for a future project. For those who appreciate Suspense, this was a great film to experience. CrypticRock gives 2016’s Don’t Breathe 4.5 out of 5 stars. 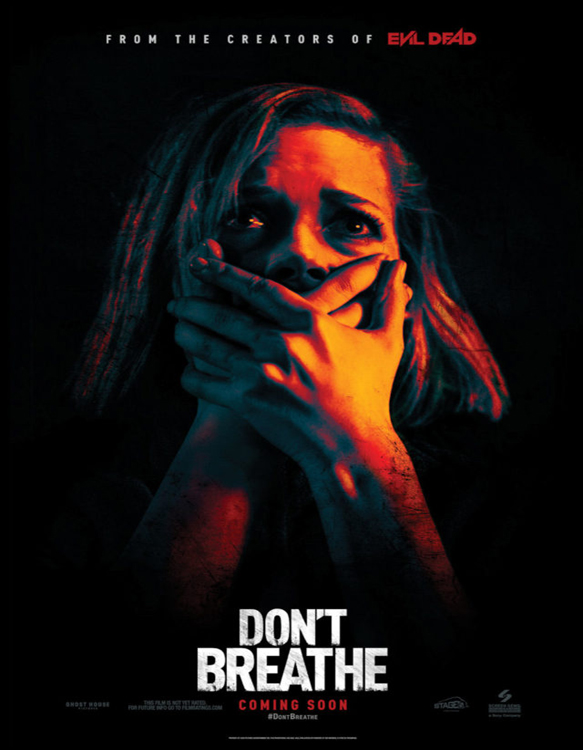