Everyone enjoys a good prank from time to time, but at what point does it truly cross the line? During a time when nearly everything is recorded and plastered all across the internet for the entire world to see, pranking has reached extreme heights in which consciences are ignored in exchange for reliant validation in the form of “likes” and popularity amongst an endless sea of total strangers. With that said, prank calling may seem like it is on the lower end of the spectrum when it comes to the potential harmfulness of it, but a couple of unconscionable pranksters are about to find out for themselves just how dangerous answering the phone can really be. 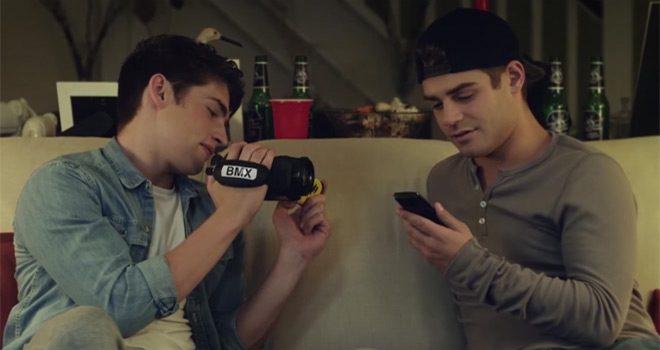 Don’t Hang Up is the Horror/Psychological Thriller that received a limited theatrical release, as well as being released on Digital HD, Amazon Video, and iTunes on February 10th via Vertical Entertainment; and later received a DVD released on April 4th of 2017. It was written by Joe Johnson (Mutant X 2001, The Skulls III 2004) and is the debut, feature-length film co-directed by Damien Macé and Alexis Wajsbrot; both of whom had previously worked together writing and directing the 2010 short Red Balloon.

In addition, the film starred a capable cast including Gregg Sulkin (Faking-It series, Marvel Runaways series) as the sulking and down in the dumps teenager, Sam Fuller; Garrett Clayton (Hairspray Live! 2016, King Cobra 2016) as his friend and fellow prank caller, Brady Mannion, Bella Dayne (Humans series, The Man in the High Castle series) as Sam’s complicated love interest, Peyton Grey; Jack Brett Anderson (Hello, Again 2014, Wolfblood series) as friend, pizza delivery boy, and prankster, Jeff Mosley, and Robert Goodman (The Messenger: The Story of Joan Arc 1999, Gangs of New York 2002) as the mysterious caller, Larry, amongst a few others. While the cast was small and the characters seemingly lacked any real depth, their roles were skillfully portrayed with a very much-respected, sincere verisimilitude.

Don’t Hang Up tells the story of Sam (Sulkin), whose recent relationship complications with Peyton (Dayne), discovered via social media, leave him feeling rather doleful and uninterested in celebrating the weekend. His friend Brady (Clayton), whom expertly embodies the typical teenage douche bag type, comes over to cheer Sam up by suggesting they spend the night getting drunk and making prank calls. Sam agrees and the guys drink a few beers and begin their night with a twist on the classic pizza delivery prank call. Their entertainment eventually turns to terror when they receive a call from a man whom they assume is a fellow prank caller seeking revenge, but who actually has a lot more than just practical jokes on his mind. Once they discover that this is no hoax, the guys are forced to stay on the phone and do as they are told, or risk facing severe consequences. 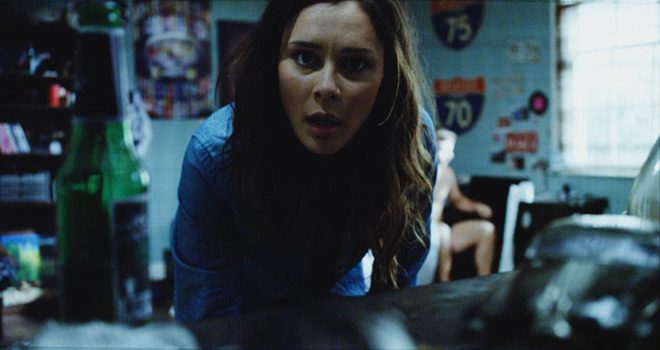 This film plays on the fears of every parent of a teenager or young adult, and allows the younger generations to connect with its message by effectively exploiting the grave dangers and perilous vulnerabilities of completely opening one’s life up to the excess of nameless, dubious internet lurkers scouring the web and hiding behind the anonymity of usernames and fake profiles.

That, coupled with a world completely controllable with smart technology and a tech-savvy assailant, makes for an unsolicited, all-access pass into one’s life that could result in a desperate struggle just to survive it. This was perfectly showcased by the film’s cinematography, which provided viewers with an in-depth glimpse into the multitude of social media sites, websites, and various other technological means by which strangers can insidiously gain entrance into one’s personal life.

The eerie score, creepy sound effects, and intricate cinematography established a suspenseful, fearful, powerless, and paranoia-inducing atmosphere that leaves viewers re-evaluating and reconsidering every friend request they have ever accepted and everything they have ever posted online. Plot-revealing cues, moral dilemmas, and the exposure of secrets that tests loyalties keeps viewers engaged, focused, and hyper-aware all the while trying to uncover the truth behind the menacing caller’s motive for his deadly games.

While the plot of Don’t Hang Up may not have been completely unforeseeable to the seasoned Horror fan, it made up for it with a pleasantly unexpected ending that was well executed and greatly appreciated. It is also worth noting that there were a few moments that left viewers with more questions than answers, as clarity was sometimes deficient due to the presence of major plot holes. 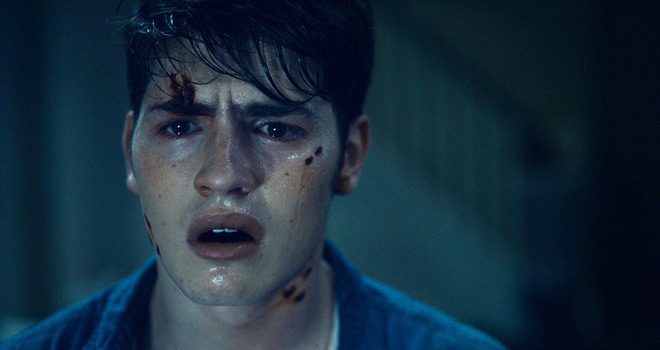 Given that, viewers should not be discouraged or deterred from checking out this entertaining cautionary tale that successfully makes use of a variety of other effectual elements to convey its valuable message, which is why CrypticRock gives Don’t Hang Up 3 out of 5 stars. 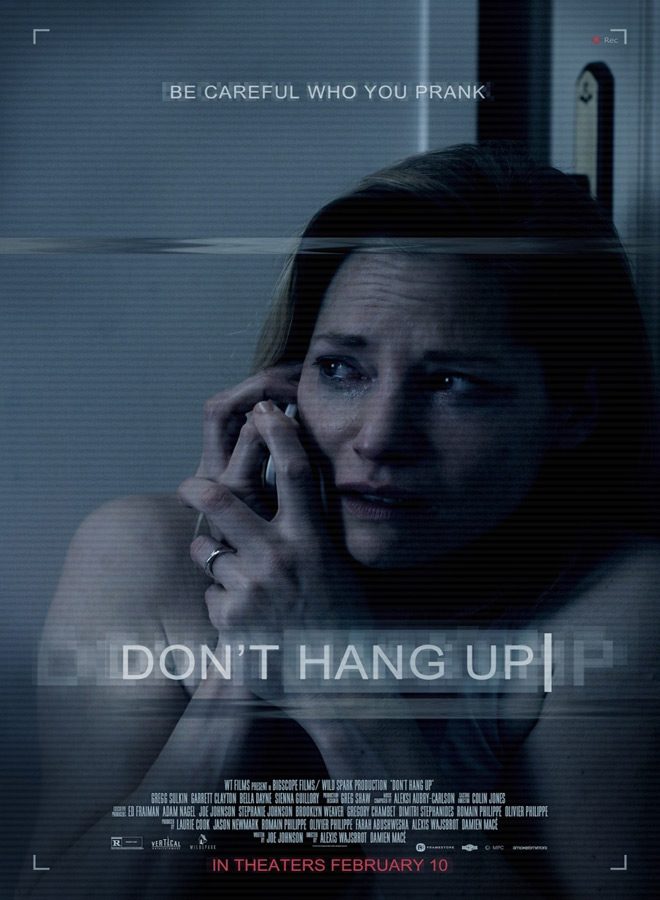