Demons are a dime a dozen these days, what with evil spreading and consuming like an uncontrollable plague, infecting the Earth and leaving countless, soulless bodies in its wake and all. In order to conquer an evil that has taken possession over another’s body, any skilled demon hunter knows that they must first identify the entity to determine exactly what they are up against and how to fight it. Not all demons are the same, and therefore should never be assumed and treated as such. Each demon has its very own set of special abilities, distinct weaknesses, specific kill methods, varied victimology, and means of being vanquished; but what if the only way to limit a certain malevolent force’s progression and scope actually meant being unable to destroy its mortal vessel? 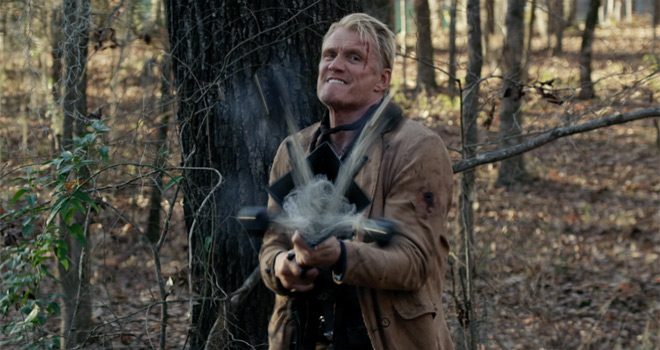 Pondering this question comes the Action/Comedy/Horror flick Don’t Kill It released in theaters and VOD on March 3rd before making its way onto DVD, Blu-ray, and Digital on April 4th via Archstone Distribution. It was written by dynamic writing and directing duo Dan Berk and Robert Olsen; who have already proven their commendable cinematic chemistry with previous projects like 2015’s Body and 2016’s The Stakelander. In addition, it was directed by Mike Mendez (The Gravedancers 2006, Big Ass Spider! 2013) and made in conjunction with Archstone Pictures, Burning Sky Films, Bottom Line Entertainment, and Last Pictures.

In addition to the enjoyable cast and capable crew, this movie also had a fun and interesting take on demon hunting. The story revolves around an ancient demon that is absolutely hell-bent on collecting souls, and thus targets and terrorizes a tiny Mississippi town called Chicory Creek; where it sets up shop and turns the once quiet town into a breeding ground for senseless violence and volatile vengeance. Investigating the recent spike in homicides in her former hometown, FBI Agent Evenly Pierce (Klebe) reluctantly returns to the place that once shunned her. She meets with Chief Dunham (Bentley) in the hopes that he can provide her with resources to aid in her investigation, but he instead remains in denial and dismissive until the arrival of a mysterious stranger. 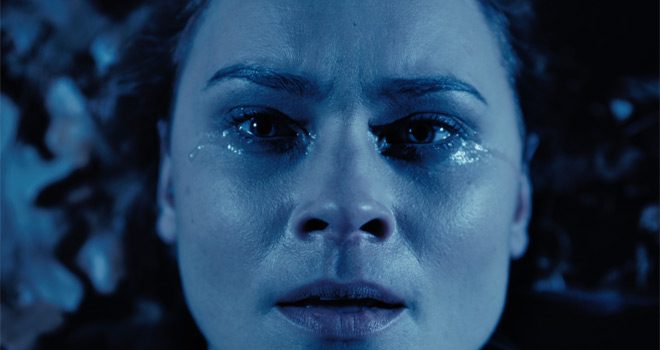 Strong, quiet, transient, seasoned demon hunter, Jebediah Woodley (Lundgren) – who looks like he walked straight out of the Old West and whose face you would likely find on a Wanted Poster – forces Dunham and Pierce to acknowledge what is really happening, and gets them to refocus their efforts on preventing the spread of the powerful, possessing pandemic that is turning kindly residents into crazed killers. He informs them of what they are dealing with and gives them a crash course in demonology. Woodley and Agent Pierce ultimately team up to stop the malevolent force that continues to sweep across Chicory Creek before it is too late; and there is only one way to do that – capture the demon’s meat suit and vanquish the evil without actually killing the possessed individual. Will they complete their mission and put an end to the wicked entity that is rapidly changing hosts and making it difficult to track?

Going into this film, viewers may assume that the comedic elements will likely be over the top and might even overshadow the Horror or Action in the film, but they would be horribly mistaken. The film starts off with such a powerful bang and then continually rises in action until it finally concludes with a rather explosive ending. That is not to say that this film is entirely void of cheesiness, but it is so subtle and minimal that the humor derived from it is actually appreciated and nicely breaks up the sometimes overwhelming intensity.

The roles were successfully portrayed by the cast, and their acting accomplished what it was seemingly meant to; which was to bring a light, humorous quality to the otherwise stiff, stern, somber, and grim characters and atmosphere that made up the film. Lundgren’s performance was actually very enjoyable and really exceeded expectations on just about every level. 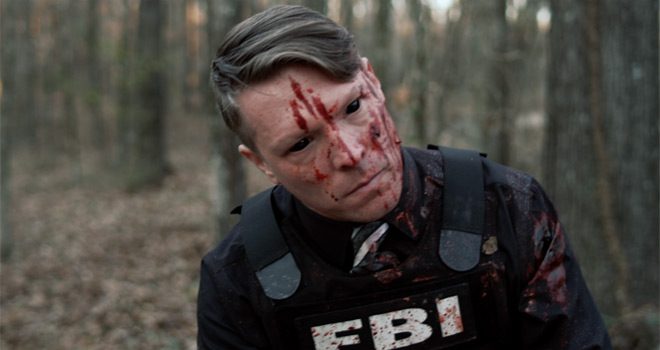 Bearing that in mind, the most redeeming quality of this film was easily its brilliant cinematography. Jan-Michael Losada (Tales of Halloween 2015, Beyond 2015) did an impeccable job of building atmosphere via trippy and immersive visuals; just as he did with the ominous and isolating bayou shots, the darkly filmed walkthrough of the home that included flashes of the crimes which occurred in each room as they were being explored, and the gratifying montage explaining the types of demons and possessions that was filmed using various styles and imagery that properly took into account the time period for which it was portraying.

In addition to the commendable imagery, the movie also included a great film score, fun special effects, fantastic gore, insane carnage and deaths, cool scares, symbolic illumination, and a little cheese that came in the form of dialogue, CGI, and some characters and sequences. Overall, this movie is just good old Horror fun, which is why CrypticRock gives Don’t Kill It 3.5 out of 5 stars. 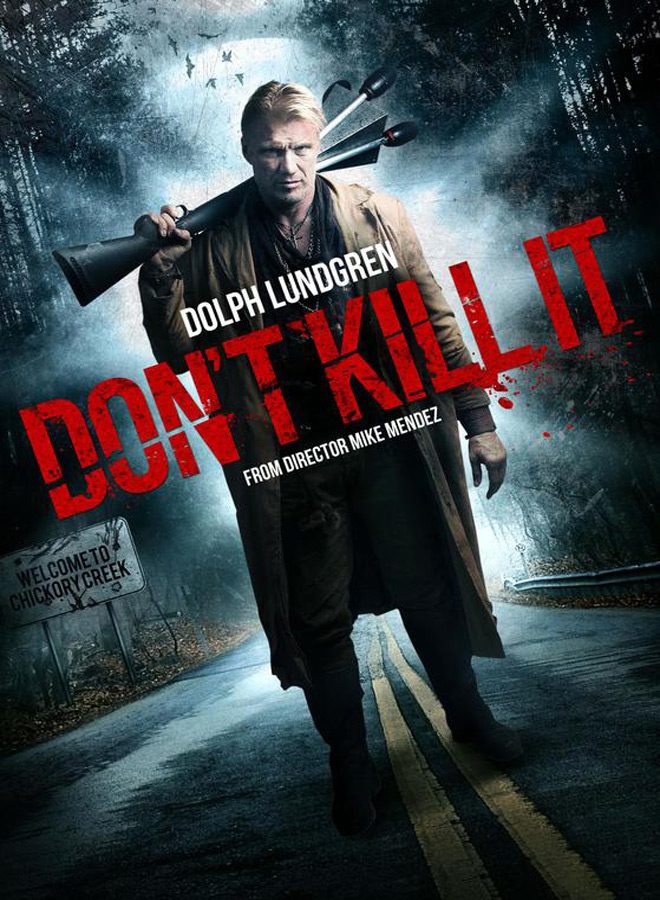