To those who lived through the 1960s, the decade was one of exploration, war, love, and self-discovery. To those who have only browsed through the defining period of history in textbooks, it is one of intrigue, mystery, and surrealism. Amidst it all was the music, Rock-n-Roll music which defined the mood and emotions felt by all during the time.

By the latter part of the decade, the British Invasion of Rock had already settled down in America and a flower-child hippie movement of Rock bands had arrived in San Francisco, but on the outskirts of it all was the Los Angeles scene. Rising from the clubs on the Sunset Strip was a unique band, one which defied all boundaries and paved their own way, that band called themselves The Doors.

Initially formed in 1966 by two film student friends out of UCLA by the name of Jim Morrison and Ray Manzarek, the initial concept was quite simple; unite the poetic talents of Morrison with musical arrangements. As they say, the rest is history, but interestingly enough, The Doors story could have very well ended before it even begun.

Early on comprised of Morrison on vocals, John Densmore on drums, along with Ray Manzarek on keyboards, as well as his brothers Rick Manzarek on guitar and Jim Manzarek on organs, the earliest edition of The Doors was quickly picked up by Columbia Records. Seeming to be a bright future, the label did not make The Doors a priority, thus resulting in internal frustrations causing both Rick Manzarek and Jim Manzarek’s departure. This could have resulted in the end of The Doors, but Morrison, Ray Manzarek, and Densmore kept the band alive, soon recruiting Robby Krieger as their lead guitarist.

Taking shape as the band everyone knows, The Doors would soon be attracting the attention of Elektra Records. Believing in what the band had to offer, Jac Holzman signed The Doors, teaming them up with Producer Paul A. Rothchild, and by late summer of 1966 they were in the studio set to record their debut album. Eponymously titled The Doors, the debut would finally see the light of day on January 4th of 1967, and fifty years later, it is considered one of the most defining Rock-n-Roll records of all-time.

Recorded in analog, primarily using three tracks, with the fourth for some overdubbing, the album was conceived at Sunset Sound Recorders along with Rothchild and Engineer Bruce Botnick. The Doors music was all about atmosphere and the subtleties of it all, proving to be a perfect fit, Rothchild directed the band, but did not interfere with the natural flow of the music. What made the ensemble of The Doors so special was the vast talents of the members involved. Manzarek was a classically-trained pianist, Krieger offered a very Classical and Flamenco guitar style, and Densmore’s drumming was Jazz-like. In front of it all was the unpredictable Morrison, who prior to joining The Doors actually did not have singing experience. Quickly finding he had a untapped raw energy, the seemingly shy Morrison harnessed that into his voice, bringing his poetic lyrics to life.

While this was enough to make the songs of The Doors’ debut album special, there was more beneath the surface. The Doors’ sound was darker than most bands of the time, unafraid of combining different musical elements into their songs; they also let the music take shape organically. Improvising regularly, they would go with the changes they felt fit, and on stage, often followed the often non-linear lead of Morrison.

Eleven tracks in total, The Doors was led by the single “Break On Through (To The Other Side).” A fast and loud piece, it was a local hit in Los Angeles, although struggled to gain attention on national charts. To help promote the song and album, Elektra Records put up a massive billboard on the Sunset Strip of The Doors, with the statement “Break on through with an electrifying album” plastered on it.  A normal marketing strategy that was used for years to come in the record industry, at the time, it was something Rock-n-Roll bands never had seen before.

Now having notary with the media, The Doors began to have a buzz surrounding them. Looking to make a bigger splash, Elektra Records recommended The Doors release “Light My Fire” as their second single, a song that would become their most massive hit ever. Actually the very first song Krieger had ever composed, the original version ran for over seven minutes, making it difficult to get radio stations to spin it. To help push things along, Elektra Records edited out the signature organ solo midway through, cutting the song to just under three minutes. Thankfully for listeners, the unedited masterpiece remained on the album.

With “Light My Fire” becoming a number one single in America, The Doors were one of the most talked about bands around. The b-side of the hit was “Crystal Ship,” a beautiful love ballad, filled with romantic words, but also very morbid undertones. A prime example of Morrison’s impeccable ability to pen words that mesmerize, to fans it remains an all-time favorite. Carefully placed on the album, the rest of the songs all flowed seamlessly with grace. There was the groovy, lyrically enticing “Soul Kitchen,” their catchy cover of German Opera “Alabama Song (Whisky Bar),” dressed with unforgettable organs, as well as their passionate rendition of Willie Dixon’s “Backdoor Man.”

Each track on The Doors was different in its own way, but the one common thread was the eerie vibe the record had as a cohesive work. Morrison’s voice is often haunting, with emphasis placed on each word, as quiet moments rage into full on vocal and musical explosions. Perhaps the climax of it all was the album’s longest song, closer “The End.” An extremely ominous piece, filled with pain and metaphors, it runs for nearly twelve minutes and is a roller coaster ride of emotions all the way through. One could imagine how difficult it would be to capture the sincere vibe of a song like this on tape, and the story goes, it was done in two takes. The first take, Morrison was allegedly too lit up to get it right, but during the second take, the studio lights were turned off, with only a sole candle lit, and it was here the song became immortalized.

Interestingly enough, following the recording of “The End,” Morrison returned to the studio hours later hyped up on LSD. Thinking the studio was on fire, he grabbed an extinguisher and hosed down the room. Just one of many bits noted about the obscurity surrounding the recording sessions of The Doors. Manzarek himself stated the record sessions were more like a seance than anything else. With the entire band never knowing exactly where Morrison would go next, they found a heightened level of creativity crafting music around their frontman’s lyrics.

With an album as intense and well put together as The Doors, one might think the production and recording process took months. Well, amazingly enough, it was all captured in studio within a six day period. A testament to the spirit of The Doors, it was not about over-production, it was about the music and what happened while creating it. Peaking at #2 on the chart in September of 1967, directly behind The Beatles’ Sgt. Pepper’s Lonely Hearts Club Band, The Doors was unlike anything the mainstream had ever heard. Going on to attain multi-platinum status, in the decades since, the album still sounds fresh and potent. In addition, it even attracts younger generations of Rock fans, justifying the concept that music can be timeless.

In the grand scheme of things, many would say the sound and mood captured on The Doors could never be replicated, but the band did go on to produce some amazing music in the years to follow. Sadly, the self-destructive and uninhibited behavior of Morrison resulted in his untimely death at only twenty-seven years old in 1971. The rest of the band carried on through 1973, releasing two more albums, 1971’s Other Voices and 1972’s Full Circle. One thing remains clear, The Doors is one of Rock-n-Roll history’s most important albums. It changed the perception of what a Rock band could be and influenced generation upon generation of future musicians. With so much transpiring in the world over the last fifty years, turning on The Doors is still a fantastic listening experience unlike any other. 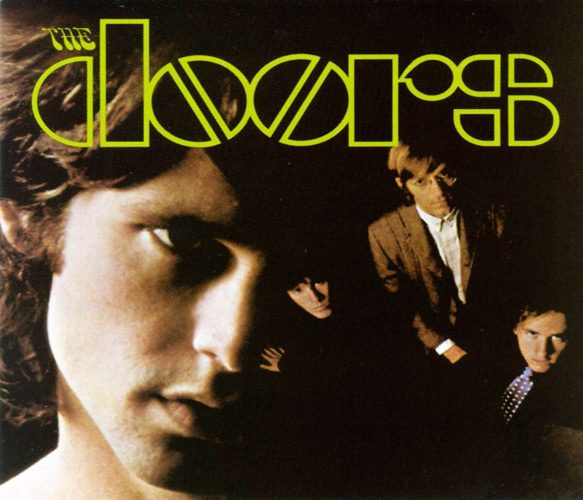