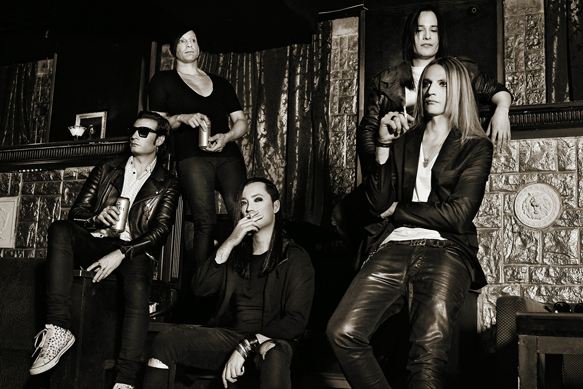 Dope Stars Inc. is a band like none other, able to take the rude, aggressive sound of ’70s Punk Rock and combine it with twenty-first century digital mastery. With the release of their self-produced EP, 10,000 Watts Of Artificial Pleasures, in 2003 the Rome based Cyberpunk band created their own mix of industrial beats, acid trance-synths and Rock-n-Roll sound. After catching a deal with the German label Trisol Music Group, the Italians released three full length albums: Neuromance (2005), Gigahearts (2006) and 21st Century Slave (2009), while building up a huge community of loyal fans spreading the word and sharing the music through Internet and global networks. As a result, the band has appeared on the soundtracks of the horror movie saga Saw II, III and IV. They have also toured the globe on stages across Europe, Russia, Japan and the US, supporting bands such as London After Midnight, Apoptygma Berzerk, Nightwish, Deathstars, and Combichrist, just to name a few. Appearances at festivals like Wave Gotik Treffen, Dark Munich Festival or Castle Rock followed to push them even deeper into the modern Rock world. With 2011’s Ultrawired, Dope Stars Inc. became the first band whose music was featured on the popular website The Pirate Bay, offering their album as a free download for millions of visitors and leaving their fans to choose how to support the DIY group: by donations, sharing the music or by directly buying CDs and merchandise.

Beside all revolutionary business affairs, the main question is this: did Dope Stars Inc. managed to bring their special sound mix to the next level? From the first notes of the opening song, “It’s Going To Rain For You,” hits with a extremely broad and snotty Punk wall of sound. The sharp acid-synths are pervasive and reveal with no doubt that this band is hard at work. The following, “Many Thanks,” first pounds like Ministry through the speakers, before the song turns into a danceable groove monster, driven by an insane, beautiful synth-loop. “Don’t Wanna Know” accelerates again with well known trademarks, crowned by brilliantly arranged Atari video game sounds and a great sing along chorus. “Take It” is a more electronic and very danceable track, reducing the pace but grooving like hell and winning over with its earworm vocoder bits. “Do It Yourself” sounds like Joey and Johnny Ramone have been reanimated to jam with Love, and subsequently decided to rock out on this Punked out wrecking ball. “Dressed Inside Of Me” inspires with its distorted electro-arrangements and another great chorus, twisting the listener around the bands’ musical fingers, before the epic “The Believer” closes the album with its dreadfully beautiful, distorted piano melody line that sticks in the listener’s head for hours. The answer to the initial question is this: yes, and so much more.

The concentration of danceable hits had never been this tight on other, previous Dope Stars Inc. albums. TeraPunk displays the attitude of a glossy magazine’s top model: dancing drunk on the beach, racing Porsches in a stock car races, and tasting from a seven course gourmet menu. Lovers of modern Rock music who do not secure this great album, which can be downloaded for free, are missing out on a fantastic ride of epic proportions. After multiple runs, TeraPunk’s slices are as addictive as an Italian pie from a favorite, local pizza baker. CrypticRock gives TeraPunk 5 out of 5 stars. 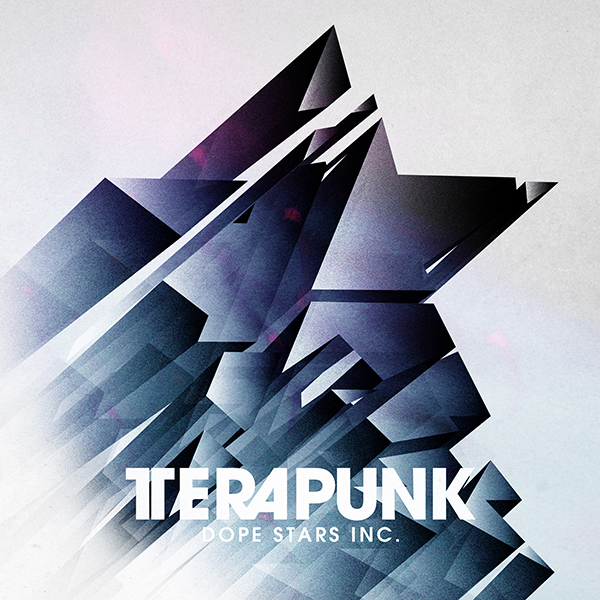