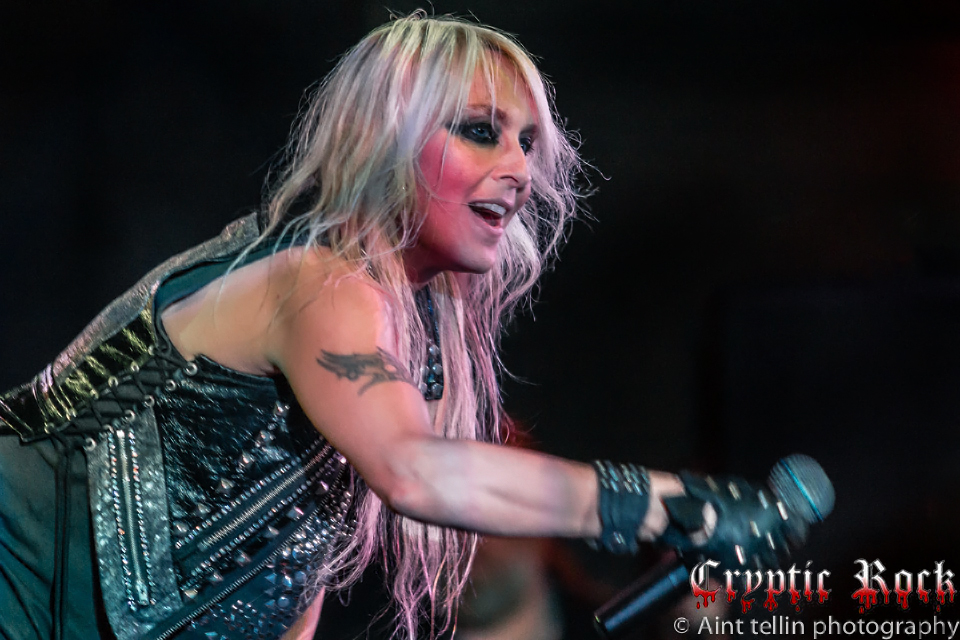 Wacken Open Air has been on the forefront as one of the largest Heavy Metal festivals in Germany, Europe, and even the world. Many well-known and upcoming Heavy Metal and Hard Rock artists have passed through this festival at one time or another and had the time of their lives. With that in mind, one very consistent patron who stands out among the rest through her kind heart and dedication, along with outstanding vocals, is Germany’s Metal queen Doro Pesch.

A living legend of sorts, Doro made her start in 1980, and after a couple underground bands, her first claim to fame was her participation as the lead singer of Warlock. Unfortunately disbanding, she was not able to work under the name for quite some time, if ever again. However, she continued to perform the songs live and has released thirteen solo albums under the name Doro, the latest of which is the celebration of thirty years of Rock and Metal Doro Pesch style entitling the offering Strong And Proud. Released via Nuclear Blast Records on June 24th, besides the fourteen track CD, there are many more fun surprises on three DVD’s which include live concerts from Wacken and friends, as well as one of the DVD’s containing a unique music movie with a two-hour plus Documentary called Behind The Curtain, Inside The Heart Of DORO which is full of all the insight needed to travel inside the mind of the Metal queen herself.

This classic celebration is clean, clear, and vulnerable in terms of the fact that within a few live songs the sound of the microphone screeching and audience cheering is heard. These elements just add to the effect of the imagination of attending the live performance among 86,000 people all struggling to enjoy such a well-rounded, high quality, inspiring, classic Heavy Metal band. All that said, there are some gems on Strong And Proud which have become sing-along anthems, and top priority for this goes to “Raise Your Fist,” the title-track from the 2012 album. It is packed with the comforting confidence in Doro’s voice and lyrics mixed with that classic biker Metal guitar sound and fun echoing backing vocals. Another treat comes with “Save My Soul” where Doro talks about everyone deserving a second chance and how the peace of oneself and others well being can be found in one’s own heart first and foremost. It also features some brilliant guitar solo work that sometimes gets undermined by Doro’s enchanting voice, yet can not be truly denied and makes quite the notation it deserves in this song.

The most thrillingly brilliant duet cover of “Fear Of The Dark” features none other than Blaze Bayley and is superbly sung by both himself and Doro. Next up is the tough cut “Revenge,” which exemplifies just how technically proficient the guitars can be as well as how strong Doro’s vocals can be. As one of the more up-tempo songs on the album, it serves to excite the listener for what is yet to come. On the seventh track, “Without You,” Doro provides an intro in German and then, while the audience is heard in the background encouraging her, she sings in her sweet ballad style vocal tone. In enough words, it is a pretty, peaceful, and heartfelt love song that has the capability of bringing 86,000 people to tears.

Next up, the song “Rock Till Death” comes on and of course Doro would have it no other way as she is in her early fifties and still shows no signs of aging. Then, “Egypt” is a beautifully guitar-driven tune as well, and then she dedicates the next song, “Fur Immer,” to the late Ronnie James Dio and brings in guitar inspiration Uli Jon Roth. Sung in German language, it is as beautifully done as her voice, and the crowd chants on. On “Hellbound,” listeners move in to the old school Metal club time with its speedy riffs and biker Metal vocal style. Judas Priest and Ronnie James Dio were definitely influences and companions along with Udo, Lemmy Kilmister, and Peter Steele; all of which she had the privilege of collaborating with in one way or another over the years. Of course, a cover of Accept’s “Balls To The Wall” is included on the album, and with help from Udo himself. It is nothing short of perfect and really brings in the nostalgia feeling. Again, ending in “You’re My Family” and “All We Are” is pretty much Doro’s way of saying thank you to her fans who help pave the pathway to her success and are much of the reason she will never stop.

There was that one time Grunge unintentionally almost succeeded in killing classic Heavy Metal, but fortunately in Europe, much of it survived, and Doro was part of the reason. Once again she returns to America where she promoted her last few albums, and very likely will do it again for Strong And Proud, so fans can once again relish in the classics as if they were released for the first time yesterday. Also important to mention is the artwork of Doro’s albums, which are always impressive and include herself in some warrior pose. On Strong And Proud, it is more of an enchantress surrounded by skulls while giving her Metal horns and the creator was her favorite artist once again Geoffrey Gillespie.

Anyone who knows this woman knows Doro is one of the most independent women in Metal and she gave up many, many things, including a family and her graphic artist career. She did all this so she could make the music true to her heart and never back down or compromise it as it was and always will be her one true love, and it is performances such as Strong And Proud which show it. CrypticRock gives Strong and Proud 5 out of 5 stars. 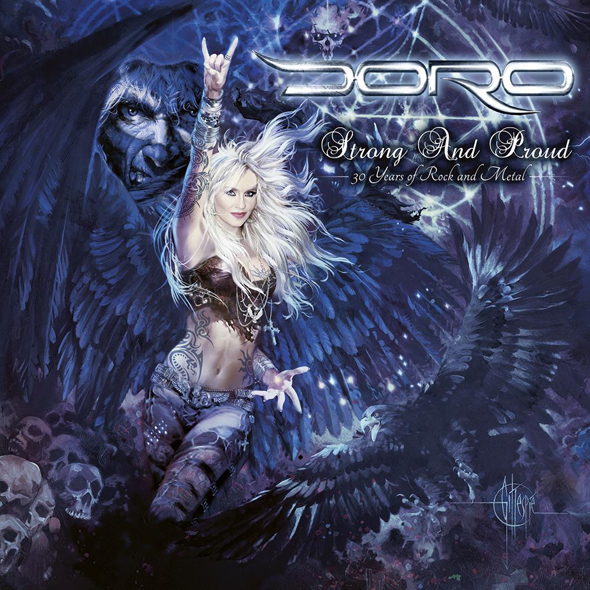