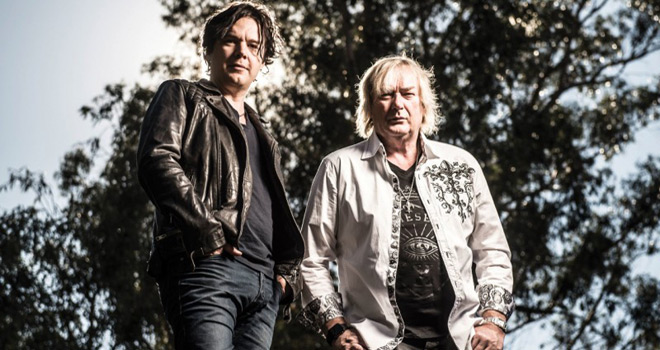 What is great and interesting about supergroups—or in the case of Downes Braide Association, superduos—is that the magnetic quality of their music is very powerful; every member brings in his own legion of fans and punters. Even before the spectators get to hear whatever project or output such artists are cooking up, the collaborative dish is already assumed to be sensational—and, most often, it is. After all, the artists involved in or who get to be invited to participate in collective efforts like this are usually high-profile, proficient, and have impressive track records.

Formed in 2012, Downes Braide Association is comprised by Geoff Downes and Chris Braide. Currently living in South Wales, Great Britain, Downes was a member and co-songwriter of some of the beloved hits of the English bands The Buggles (“Video Killed the Radio Star”), Yes (“Into the Lens”), and Asia (“Heat of the Moment”). Braide, on the other hand, is a U.S.-based English songwriter, singer, and record producer, whose long list of performers whom he had produced included Sia (“Unstoppable”), Lana Del Rey (“Million Dollar Man”), Britney Spears (“Perfume”), Christina Aguilera (“Blank Page”), and Sarah Brightman (“Closer”).

The first fruit of the duo’s collaboration was 2012’s Pictures of You, followed up in 2015 with Suburban Ghosts. Now, Downes Braide Association unleash their third offering, Skyscraper Souls.

Released on November 17, 2017, via Cherry Red, Downes Braide Association’s new album is steeped with contributions from equally talented and iconic artists, breathing life and love into songs that are woven with Downes’ Progressive Rock roots and Braide’s Pop sensibilities.

Skyscraper Souls opens aptly with the unassuming, short piano-based Light Jazz ballad “Prelude,” which then gives practically the entire remaining space to the eighteen-minute long, cinematic epic title track, slowly uplifting the rhythm and beat to extended, multi-horizon driving mode. Featuring Kate Pierson of The B-52s, this track alone may be regarded as enough reason to add the album to one’s collection of Progressive Rock/Pop music.

The Andy Partridge–sung “Glacier Girl” carries the listener back to Pop balladry and nonsuch ecstasy with its rippling piano flourishes and complementary haunting female voices. Switching the tempo to a higher gear is the smooth and soulful, metallic guitar–adorned stomper “Angel on Your Shoulder.” Another sentimental track comes next in the form of “Tomorrow,” whose stark Pop sensibilities and melodic guitar interlude make it a good mid-album highlight. A similar Sophistipop vibe flows flawlessly into the ensuing, slightly more upbeat “Lighthouse,” illuminating the listener’s emotional path before he turns to a gloomy curve.

Both the sonic and lyrical sentiments turn more dramatic with the heartrending slow ballad “Skin Deep,” which features the silky, soaring voice of Soft Cell’s Marc Almond. Then, before they drop the final curtain, Downes and Braide drape their Skyscraper Souls with another richly textured and well-orchestrated expression of poignancy—“Darker Times” indeed.

Downes Braide Association’s latest work may be a taller, grander, and more concept-oriented affair compared with its predecessors, but it remains grounded, accessible, and easily relatable. CrypticRock gives Skyscraper Souls 4 out of 5 stars. 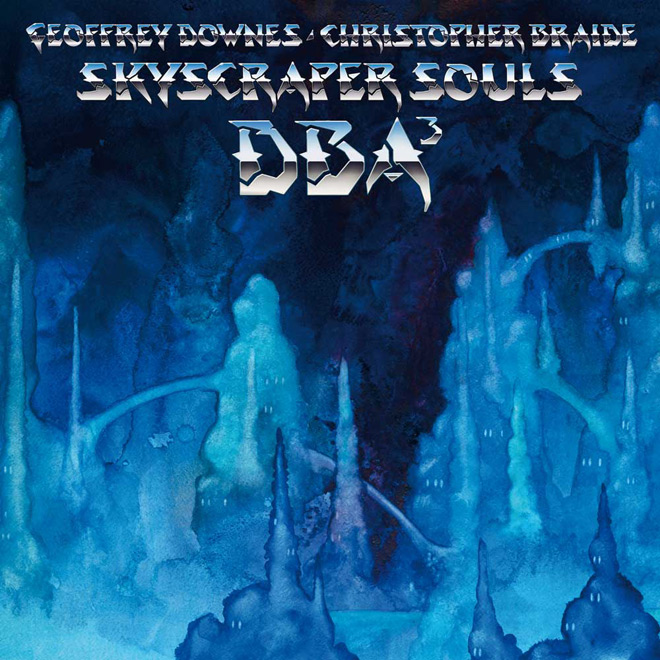