Back in 1922, the first iteration of the character of Dracula was envisioned in the film Nosferatu, but the Film Arts Guild could not get a hold of the rights of Bram Stoker’s novel, Dracula, in order to use the namesake. It was not until nine years later when Universal Studios bought those rights to the Dracula character to create the film simply entitled, Dracula. Released on Valentine’s Day, February 14th in 1931, Dracula was co-directed by Tod Browning (The Lucky Transfer 1915, Freaks 1932) and an uncredited Karl Freund (The Mummy 1932, Mad Love 1935), as well as co-produced by Browning and Carl Laemmle Jr. (Frankenstein 1931, The Invisible Man 1933) from a script by Garrett Fort (The Fire Patrol 1924, Blood on the Sun 1945). This classic film now celebrates its eighty-fifth anniversary. 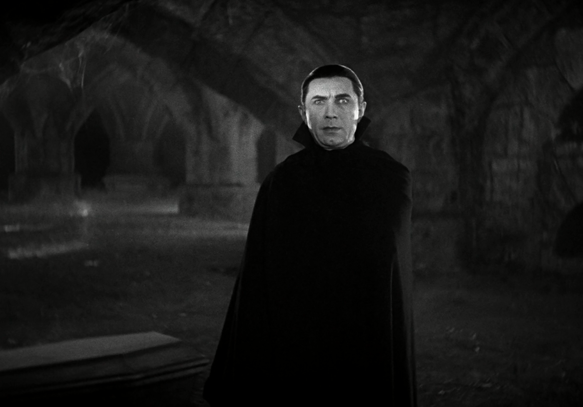 The story begins with Count Dracula (Bela Lugosi: Naszdal 1917, Plan 9 from Outer Space 1959) moving to London from Transylvania with the help of mild-mannered Renfield (Dwight Frye: Frankenstein 1931, Wilson 1944). When they arrive, the boat’s crew are all dead, and Renfield’s raving mad. Soon, mysterious happenings begin to go on in London, specifically with Dr. Seward’s (Herbert Bunston: Under Suspicion 1930, After Office Hours 1935) daughter, Mina (Helen Chandler: The Joy Girl 1927, Mr. Boggs Steps Out 1935), and her friend, Lucy Weston (Francis Dade: Grumpy 1930, Love Thy Neighbor (short) 1933), who lived next to the sanatorium that Mina’s father runs and where Renfield had been taken. Can Mina’s husband, John Harker (David Manners: Journey’s End 1930, A Woman Rebels 1936), and Dr. Seward’s colleague, Dr. Van Helsing (Edward Van Sloan: Frankenstein 1931, Riders of the Rio Grande 1943), find out what is going on before it is too late for the girls?

After the legal debacle that Nosferatu had become with Bram Stoker’s widow suing everybody involved in the film, Laemmle Jr. bought the name rights through the proper channels. Doing so, he had the vision of doing a film in the vein of the silent classics such as 1923’s The Hunchback of Notre Dame and 1925’s The Phantom of the Opera, as well as the widely popular Broadway rendition of Dracula.  However, with the advent of sound being introduced, Universal wanted the film to have sound, which caused some trepidation for Browning, who had predominantly done silent films. 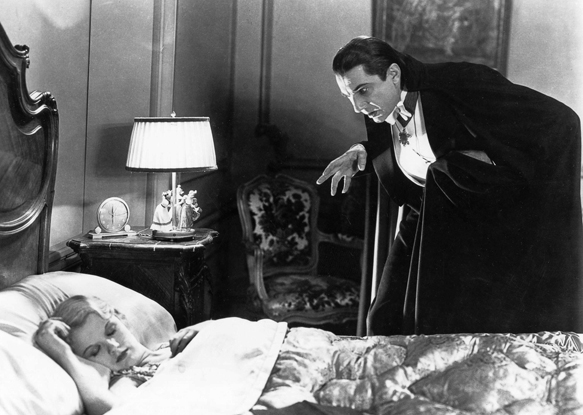 Taking on the task, Browning moved forward, and next, had to find his Dracula. Hungarian-born Lugosi, who played the character on Broadway, lobbied for the role, but Browning was not initially keen on him. Instead, Browning wanted someone like Paul Muni, Chester Morris, or Ian Keith, but Lugosi persevered and agreed to a pay cut. The rest of the cast fell in line, joining a rocky production that saw Cinematographer Freund as a second unit director of sorts doing the lion’s share, because Browning was so distraught from the death of Lon Chaney.

From there, production got underway September 29th, 1930 to November 15th, 1930 with additional scenes and retakes shot December 13th, 1930 through January 1931. This was all linearly shot to cut studio cost using silent film techniques, which viewing it with modern technology makes certain sequences choppy and sped up, specifically the ship sequence, which was directly taken from 1925’s The Storm Breaker with footage of Dracula and Renfield spliced in. Jack Foley (The Phantom of the Opera 1925, Spartacus 1960) did the sound effects using a technique he founded by adding actual sounds like waves crashing or thunder, giving a sense of realism. On the other hand, the crew used stage effects like fog, lighting, and practical effects like simple flying rubber bats when Lugosi was not onscreen. Given the film is in black and white, these old school effects make the scenes more ambient and beautiful, instead of cheesy. Another technique from silent films was the use of title cards to establish location or a certain happening, which is still used today. 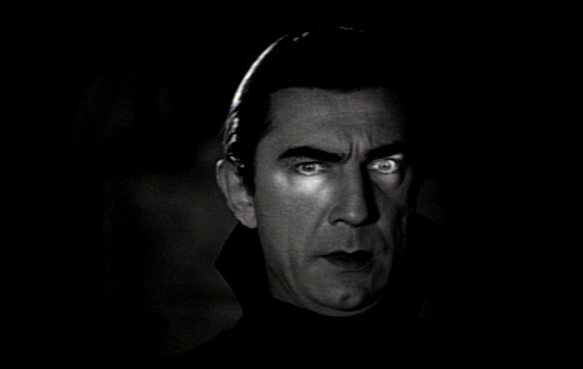 As for the look of Dracula, the sets were opulent and had a real depth to them from Dracula’s Transylvania castle, which the exterior was painted on glass, to his place in London, to Mina’s place. In contrast, the sanatorium and the ship’s cargo bay look drab, cold, and moldy. Again, the lack of color gives the movie, as a whole, the creepiness the crew was going for. Aiding the sets creepiness is the acting, which is subtle, even in Renfield’s lunacy, which is rare for today’s standards in many cases. Lugosi’s Dracula has an elegance, even in his more vicious bits that set the standard to future incarnations. Everything is in his eyes, which Freund saw and utilized by pointing pencil spotlights at Lugosi’s eyes. The same can be said for Frye’s Renfield, Chandler’s Mina, Dade’s Lucy, and Van Sloan’s Van Helsing as the standard for their future counterparts.

At the time, Dracula was made on a conservative budget of an estimated $355,000, and the film wound being ranked 6th at the box office at the time. By and large, critics of the time gave Dracula positive reviews which afforded it a direct sequel with 1936 Dracula’s Daughter and other favorites such 1948’s Abbott and Costello Meets Frankenstein, which starred Lugosi. 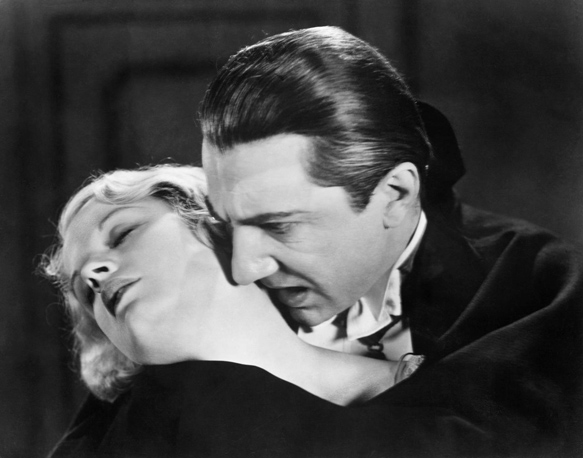 For Lugosi’s part, he fought so hard for the part that he earned the distinction to set the standard as to what Dracula is supposed to look like with the slicked back hair and the cape, sound like with the thick accent and measured cadence, and act like with the stalking of the predator and the gliding of the otherworldly. Though others would take up the Dracula mantle, their portrayal would retain most of the aspects Lugosi set forth. Dracula would become the role Lugosi was known for in life, and the afterlife, so much so, that his son and wife had him buried in costume, for which there is a famous photo of him lying in state. Lugosi is such an icon that, after his death, a statue of his likeness was erected at the Vajdahunyad Castle in Budapest while one of his worn capes is preserved at Universal Studios.

Since Dracula’s release, the character has been portrayed countless times in movies like 1943’s Son of Dracula, 1945’s House of Dracula, the spoofs 1978’s Dracula Sucks, 1995’s Dracula: Dead and Loving It, and 2015’s Hotel Transylvania 2 by actors like Christopher Lee, Peter Cushing, and Leslie Nielsen while showing up or being mentioned on TV in shows like 1958’s Leave It to Beaver episode “Voodoo Magic,” 1966’s Gilligan’s Island episode “Up at Bat,” and 1978’s Lupin the 3rd episode “The Mystery of Mamo.” Dracula was also part of 1986’s Castlevania video game.  Finally, every year since, the character of Dracula has been a popular costume for Halloween revelers ensuring that, like the Vampire, Dracula will live for centuries to come. 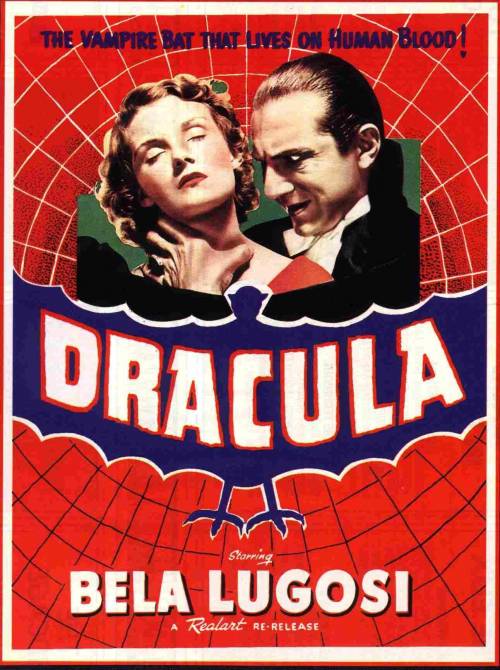 Purchase Dracula on Blu-ray/DVD on Amazon