The popularity of Dracula never seems to fade even after 117 years of the tale being told from countless perspectives.  Following the theme, BBC decided to create a re-imagining of the classic Bram Stoker Gothic novel airing season one  October 25th 2013 through January 24th 2014.   Created by Cole Haddon the series show writer was Daniel Knauf, creator of the HBO series Carnivàle. 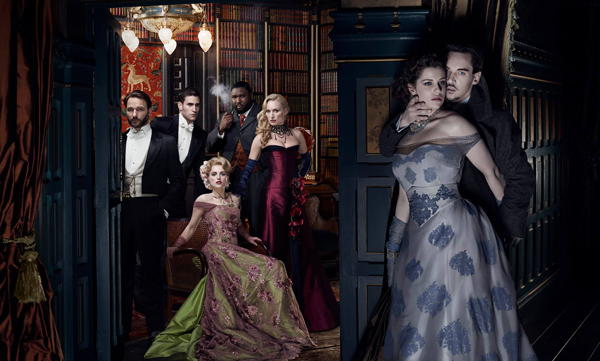 Shot in Hungary, the series relies on historically accurate information that blends exceptionally well into the storyline. Dracula takes place 400 years after his creation by an ancient brotherhood, The Order of the Dragon, and ten years after Abraham Van Helsing released Dracula (Jonathan Rhys Meyers: Tangled 2001, The Tudors 2007-2010), from his iron bonds. Dracula and Van Helsing (Thomas Kretschmann: Open Grave 2013, Captain America: The Winter Soldier 2014) form an unlikely bond, joining forces to bring a dramatic and violent end to the order of which they were once both members of, and for reasons unknown to them, slaughtered both their families.

Dracula reinvents himself in 1800`s London as Alexander Grayson, an American entrepreneur who succeeded where Tesla failed by inventing a wireless electricity resonator. The Order of The Dragon is run by Lords who hold the oil and coal industries with an iron fist and such an invention would effectively ruin their business. Grayson is assisted by his friend R.M. Renfield (Nonso Anozie: Atonement 2007, The Bible 2013), who in this adaptation is a large African American smart-witted lawyer, and is fiercely loyal to Grayson. 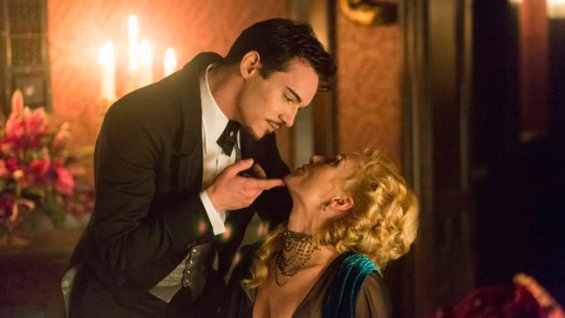 Grayson/Dracula and Van Helsing plan to use Grayson`s finances, power and ruthlessness and Van Helsing`s science to outwit decimate and eradicate the order, and believe that together they will be unstoppable.  That is, until Grayson comes across the beautiful medical student Mina Murray (Jessica De Gouw: Arrow, These Final Hours 2013), who is the reincarnation of his beloved wife Ilona. Mina comes with her own baggage in the form of her boyfriend, journalist Jonathon Harker (Oliver Jackson-Cohen: The Raven 2012, Despite the Falling Snow 2014), who ends up working for Grayson, and her best friend Lucy Westernra (Katie McGrath: Merlin The Queen 2009, Labyrinth 2012), a rich society girl who has her own desires for Mina.

As vampire victims start appearing in larger numbers in London, it draws the attention of one of the Directors of the Order, Mr. Browning (Ben Miles: V for Vendetta, Ninja Assassin) and his top Vampire Hunter, Lady Jayne Wetherby (Victoria Smurfit: Trial & Retribution, The Mirror Cracked from Side to Side). By day, Lady Jayne is a married woman in London society who has had many indiscretions, most notably, with Mr. Grayson. By night she is a formidable hunter, killing vampires on behalf of the Order. 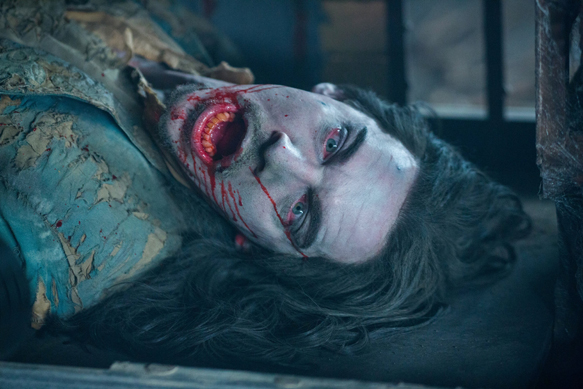 As the series progresses, Grayson races to get the resonator up and running to destroy the order financially, while periodically dispatching the Lords as brutally as need be. Van Hesling becomes more unhinged and desperate, as Harker goes from being a bright young man with a great future to a disturbed broken man losing all close to him. Lady Jayne, the vampire hunter, is seen losing her sense of self, while fighting a desperate battle between good and evil.  The only person in this series who is truly good or innocent is Mina, and her goodness seems to shine through even the darkest scenes. Most of the characters are duplicitous, shocking you at the slightest indication of their inner darkness and brutality.

One can decorate any Dracula story with as much blood and gore as they like, but at the end of the day it is a love story between a demon that was once a man, and his woman Ilona, in every incarnation she may take. This is a particularly interesting and suspenseful version, which also provides some deeper backgrounds to the characters.  Making the scenes take place mostly at night, adds greatly to the series` darkness and spookiness.  Sadly, Dracula despite its excellent acting and great storyline got lost among the last season of True Blood, The Walking Dead and similar supernatural shows of which their is an abundance.  The series hasn’t been picked up for a second season as yet, so most of the open endings and questions will remain unanswered until it does.  Despite this, it is worth well watching and perhaps another network will have the collective minds to give this interesting series a chance.  CrypticRock give Dracula 4 out of 5 stars. 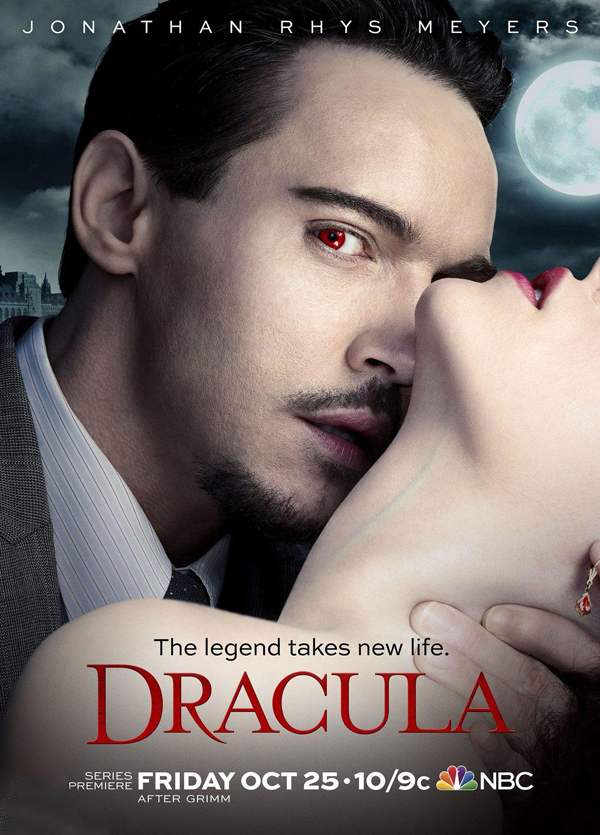