Since he was first written about, there have been many movies starring the infamous vampire, Dracula. While each is different, Dracula himself has been fairly stereotypical until the release of Dracula Untold by Universal Studios on October 10, 2014. Written by Matt Sazama (The Master of Disguise 2002) and Burk Sharpless (Gods of Egypt 2016) and directed by Gary Shores (The Draft 2006), Dracula Untold is a horror fantasy Epic, that begins being narrated by Dracula’s son, which is the first difference. Filmed in Ireland, Dracula Untold focuses on the story of Vlad the Impaler, when he has returned to Transylvania as Prince Vlad III Tepes (Luke Evans: The Raven 2012, The Hobbit: The Battle of the Five Armies 2014) with his wife Mirena (Sarah Gadon: Empty 2013, The Amazing Spider-man 2 2014) and their son Ingeras (Art Parkinson: Game of Thrones, Dark Touch 2013). Since Vlad has been Prince, the land and people have prospered and live in a time of happiness and growth. The only thing that causes concern is the approaching Turkish forces lead by Vlad’s childhood adversary, Mehmed (Dominic Cooper: Captain America: The First Avenger 2011, Abraham Lincoln: Vampire Hunter 2012). 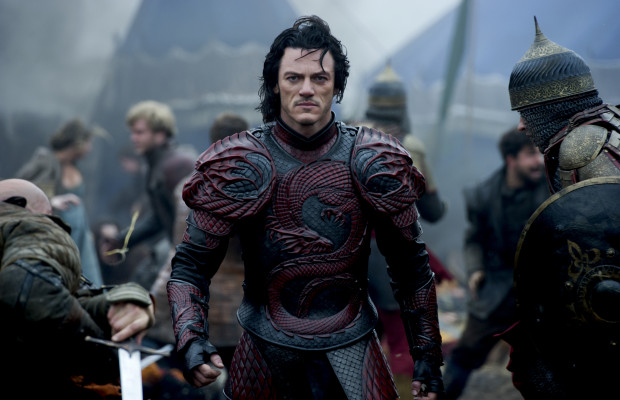 Many years ago, when Vlad was young, the Sultan ordered that he receive all of the boys in Transylvania for their armies, and they were trained to be ruthless merciless killers, Vlad was one of them. As a grown man he has used his skills as a soldier to protect his land, impaling his victims as a sign of strength, and power. Vlad has loyal subjects, and an even more loyal army, and with the Turks making their way to his land, he believes they should be able to keep them at bay. This is not the case, and Mehmet is determined to get one thousand of Transylvania’s young boys, plus one, Vlad’s son to fuel his armies, just like his father had done. No matter what he tries to negotiate with, Vlad is left with little choice but to give up his son, despite what he had promised his wife and boy.

One day while looking for signs of Turkish soldiers, Vlad and his men discover a dark cave that houses a mythological horrifying creature (Charles Dance: Alien 3 1992, Game of Thrones), that no one before him has lived to tell about. Initially, Vlad, who is usually a brave man, is terrified and turns tale home, wanting to keep the creature a secret in case the Turks somehow used it against him. As time grows closer to the deadline, he must hand over Ingeras, Vlad makes a deal with the creature; if he drinks its blood he will have invincible powers, speed, strength and healing he will need to save his land and family. While his taste for human blood will be insatiable, if he does not drink any blood for three days he will be returned to his mortal self. If he does, he will forever be a Vampire and the creature in the cave will go free from the place he has been trapped in for centuries. 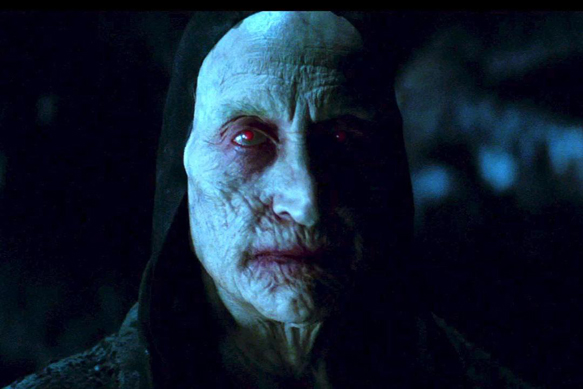 Vlad slays his way through the Turkish Army in a bloody and brutal manner, but will it all be in vain? Will he be able to save his wife and son? Dracula and Vampire fans are very familiar with what happens after Vlad became a Vampire, but Dracula Untold will explain a why and how, giving the viewer a completely different perspective than has been done before. The end contains a surprise twist, and another one after that, so make sure you watch all the way past the credits. 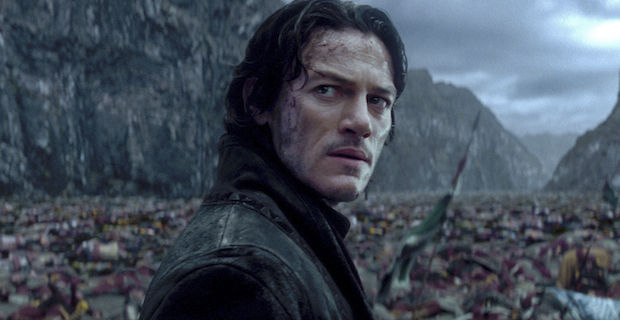 By the end of the movie the audience may actually feel sorry for Dracula, a mortal man, who did whatever he could to protect his family. The special effects are incredible, and almost seamless. There are one or two scenes where the drama and action is a little over the top, but the excellent script and acting more than make up for it. There is plenty of blood and gore for all Horror fans, and plenty of action to keep the viewer in their seat. A must watch, and likely to become a classic among the Dracula films; it is much more of a story telling than just a Horror story.  CrypticRock gives Dracula Untold 4 out of 5 stars. 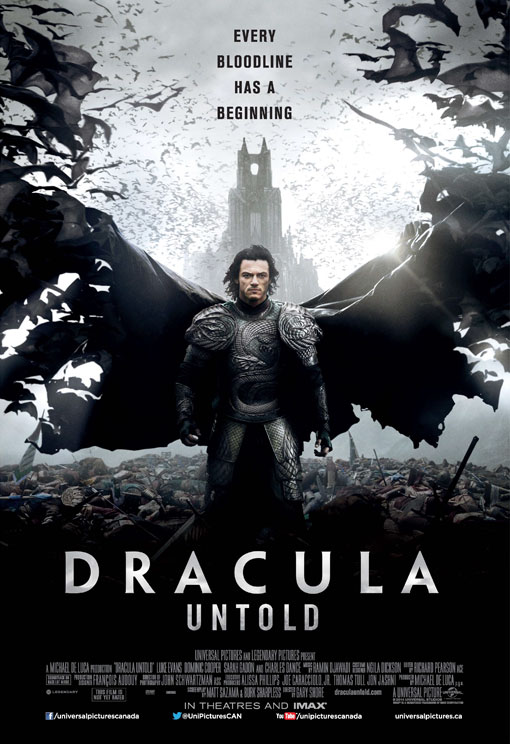