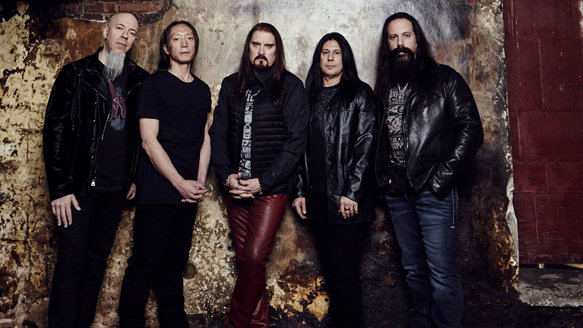 Originally formed under the name Majesty back in 1985, Dream Theater has become leaders of the Progressive Metal genre. A project that developed while students at Berklee College of Music in Massachusetts, Guitarist John Petrucci, Bassist John Myung, and Drummer Mike Portnoy would lay the groundwork for an award-winning, heavy-hitting band with a greatly deserved reputation. Throughout the band’s long run, Dream Theater has cultivated many abstract ideas and influences into their album concepts. Showing they are influenced by an assortment of other genres, from Classical to ’80s ballad, this makes each Dream Theater album a novel and provocative journey for every listener.

With the lineup of James LaBrie (vocals), Jordan Rudess (keyboards), as well as Mike Mangini (drums) joining Petrucci and Myung, Dream Theater released their thirteenth overall studio album via Roadrunner Records in January of 2016 entitled The Astonishing. Recorded at Cove City Sound Studios in Glen Cove, New York, the new album continues that style the band has proudly built, this time in the form of a Rock Opera. Their first studio album in three years, the story is this: a dystopian world ruled by an unforgiving empire, resisted valiantly by vagabond rebels, devoid of true music. Initially conceived back in February of 2015, the year’s worth of work toward The Astonishing was not in vain.

The album opens with “Descent of the NOMACS,” which is an instrumental track just over a minute long. It is purely the sound aesthetic of dissonant machinery to draw each listener into the fractured dystopian future that is to be unleashed. The next song on the track is an explosion of guttural instrumental called “Dystopian Overture,” which seems to express the dangerous, void, and oppressive nature the world of The Astonishing has become. The song is entirely instrumental and seems symbolic of the two sides that reside in the album universe; the empire and rebellion.

Other songs of The Astonishing retain the unique and unmistakable sound that Dream Theater has built, such as “A Better Life,” “Act of Faythe,” “Ravenskill,” and “The Road to Revolution,” to name just a few. However, the most refreshing part of this concept pierce is the storytelling and, as always, the band is amazing at translating their story through music. It is that sort of personal touch that keeps fans in love with Dream Theater. For example, on “A Better Life,” the listener is given insight into the life of one of many rebels who fights for a lover lost to the monster of an empire that needs to be defeated. The rebel wishes to avenge his fallen love and create a world free of its oppressor. Furthermore, “Act of Faythe” is spoken from the perspective of someone inside the empire, who never knew of the peril the rest of society is subjected to. The speaker in the song woefully then hopefully recants how separated they are from the empire’s ideology, how they live through hidden music and it is hinted they want to join the rebels cause. Then, on “Ravenskill,” two characters exchange a dialogue (a woman and young boy), which ends in their joining together to find the boy’s father. Finally, there is “The Road to Revolution” where the character speaking is trying to convince another to join arms in the takedown of the empire.

The vocal intensity, guitar heavy riffs, and orchestra work in tandem to weave together each act of The Astonishing, invoking the listener into experiencing a truly wild tale with a fitting end. However, those four songs are only on the first half of the album, which as a musical Odyssey of sorts is two hours and four minutes long. Many fans may find this way too long and enduring, but the quality of the music is worth the undertaking of two hours for sure. With that in mind, Dream Theater has created an interactive fantasy through their latest masterpiece, which not only successfully tells a story, but truly makes anyone lucky enough to listen to it, not just hear music, but experience it. Talent such as that is rare to come across and the Rock-n-Roll world should be grateful to have a band such as Dream Theater still crafting such music after so many years. CrypticRock gives The Astonishing 5 out of 5 stars. 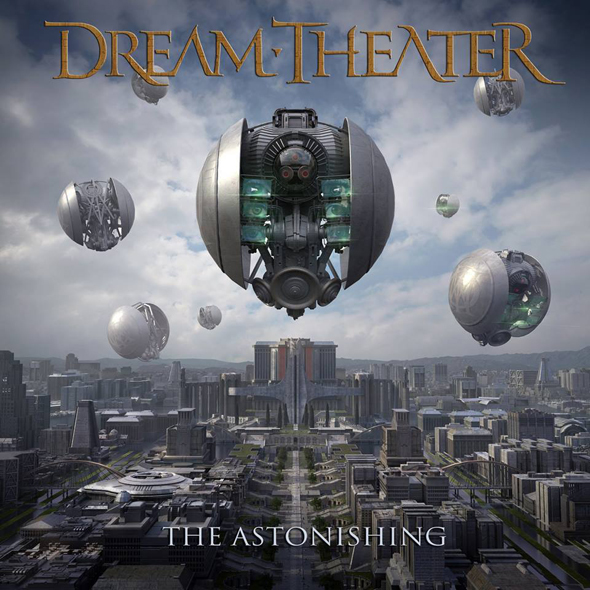