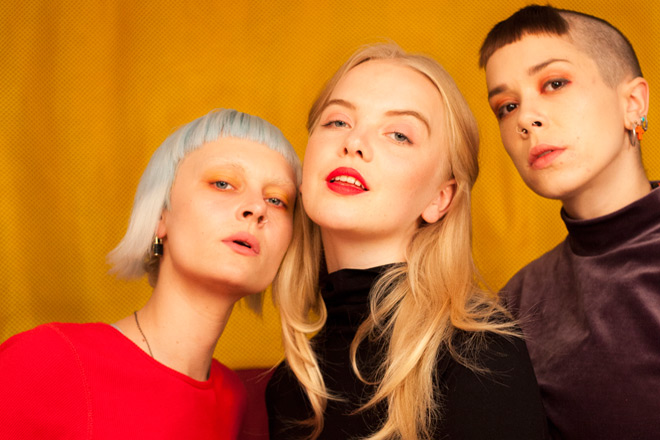 Even though we are barely into 2018, London-based Punk trio Dream Wife are already set to release an album that is sure to make it onto plenty of this year’s best-of lists. What started as a university project between art school friends – Rakel Mjöll (vocals), Alice Go (guitar), and Bella Podpadec (bass) – is now a fully-formed outfit set to release their eponymous debut album on Friday, January 26th via Lucky Number.

Looking back, when the band formed in 2015, they quickly became entwined in their local scene despite not having a booking agent or, really, any idea of what they were doing. Though the band had a somewhat unconventional start, this debut proves that the sky’s the limit for this up-and-coming trio.

Drawing inspiration from the riot grrrl movement and unconventional artists like David Bowie and Madonna, Dream Wife weaves some much-needed social commentary into their songs. Even their band name gives a middle finger to the patriarchal constructs that plague us, but at the same time, Dream Wife are not afraid to have fun. This debut feels so refreshing as it gives Punk Rock the swift kick in the ass it has so desperately been needing.

Offering 11 songs, Dream Wife’s explosive energy is immediately apparent with the brazen and in-your-face “Let’s Make Out.” Also serving as the album’s first single, this banger combines the raw Rock feel and Pop sensibilities that define this album. Mjöll’s vocals summon images of both Kathleen Hanna and Blondie while also remaining entirely distinct. This track alone promises the incredible feeling that the band’s live show will bring. It is sure to make you want to dance and thrash no matter where you might be.

While every track on this album has its own gritty charm, songs like “Somebody” and “Fire” that show the band are not afraid to demand what they want are among the most joyful. In “Somebody,” Mjöll playfully taunts the subject, but also fights back against misogyny by saying, “I am not my body / I’m somebody.” With “Fire,” Go’s guitar creates immensely catchy riffs for a more Pop-tinged track as Mjöll trades the ragged screams of “Let’s Make Out” for a more melodic, dreamy piece that still slaps just as hard.

Additionally, tracks like “Kids” and “Act My Age” prove that Dream Wife are perfectly capable of crafting sweet-sounding Pop tracks that pack a major Punk punch. “Act My Age,” in particular, crescendos into a triumphant rage as Mjöll repeats, “Do I amuse you? Do I confuse you?” Although, nothing punches harder than the album’s closer, “F.U.U.” It is a thrashing, acidic rager that is easily Dream Wife’s shining star. Distorted, grungy guitars and a rumbling bass line roar behind Mjöll’s acrimonious screams, leaving you wanting more.

With this exciting debut, Dream Wife join the ranks of an exciting wave of feminist Punk Rock that bucks conventions and is filled with heart. This band is no doubt going to go on to do great things, so you had better check them out sooner rather than later. For these reasons, CrypticRock gives Dream Wife 5 out of 5 stars. 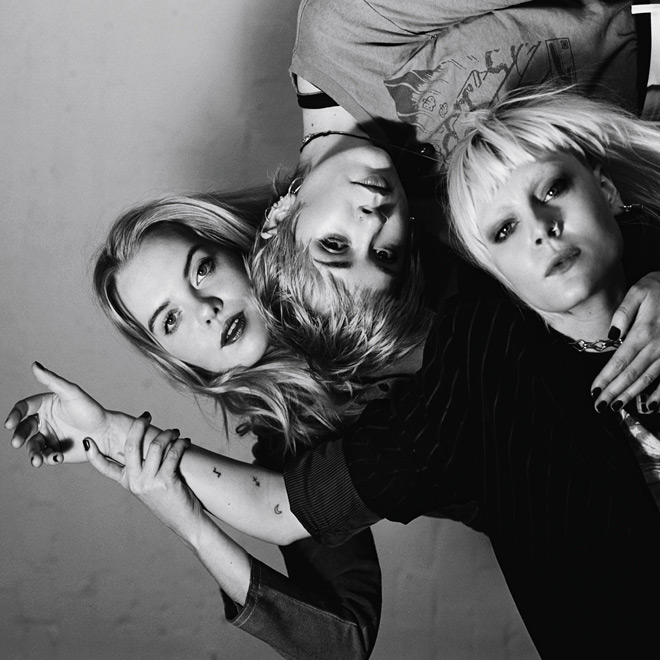 Norah Jones – I Dream of Christmas (Album Review) Candlebox – Wolves (Album Review)
Like the in-depth, diverse coverage of Cryptic Rock? Help us in support to keep the magazine going strong for years to come with a small donation.