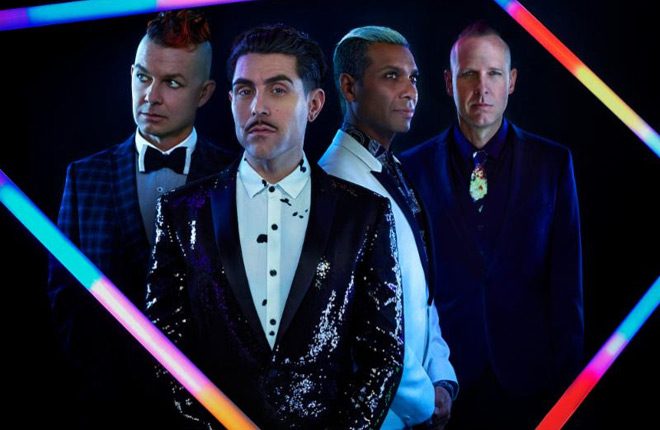 Not familiar with New Wave supergroup DREAMCAR yet? Well, now is the time. This blossoming band is made up No Doubt members Tony Kanal, Tom Dumont, and Adrian Young and features effervescent AFI/Blaqk Audio Frontman Davey Havok on vocals – a match made in Pop heaven. However, do not expect DREAMCAR to sound like any of its member’s original bands, because what these four members have created on their eponymous 2017 debut has little to do with the Punk/Alternative Rock scene from which AFI and No Doubt originated.

Looking back, whispers of the group’s formation began surfacing in early 2016 as the band furtively began work on their new material. After several cryptic teasers posted to the band’s social media accounts, DREAMCAR gave listeners a first taste with the single “Kill for Candy.” Produced by Tim Pagnotta of Alternative Rock band Sugarcult, DREAMCAR’S May 12th, 2017 debut released via Columbia Records is a shining tribute to all of the best New Wave and Pop bands of the ’80s that still can stand on its own as a brilliant contemporary Rock record.

Each of Dreamcar’s 12 tracks has its own unique personality while the ’80s New Wave vibe weaves the record together into a cohesive unit. Determining stand out moments is difficult, as each song is a star in its own way. There are little to no dull moments to be found in these 39 minutes, and surprises seem to be around every corner. For example, Dumont’s dark guitars on opening track “After I Confess” channel New Wave legends The Cure, but Havok’s exploratory vocals make this song an entirely different beast. Those familiar with Havok’s work in AFI know that the singer’s vocal ability has only gotten better with time – he can range from a falsetto to guttural scream, though the latter is nowhere to be found on Dreamcar, and with good reason. “After I Confess” sets the bar high for the rest of the album.

The aforementioned single, “Kill For Candy,” is a fast-paced and upbeat banger featuring twanging guitars and an infectious chorus with deceptively dark lyrics – a trend that follows through on the rest of the album. The song combines all the tonal and sonic elements that make Dreamcar a surefire hit. Following that, “On the Charts” is one of the most surprising songs on the record. The head-bopping track kicks off with an intro peppered with shouts of “Hey!” over echoing guitars and a thumping bass line from Kanal. Most unexpected is the stylized talking of Havok’s verses that calls to mind Talking Head’s David Byrne.

Coupled with the song’s catchy chorus, “On The Charts” will worm its way into your head and be battling for dominance with Dreamcar’s next track, “All the Dead Girls Love Me.” Summoning the brilliance of some of The Smith’s up-tempoed songs, “All the Dead Girls Love Me” is one of the most fun tracks on Dreamcar. The dichotomy between its bright, bass-driven verses and the morose lyrics that chant “take me, take me, take me to your grave.” Leave it to Havok to use the word “moribund” in a dancey Pop track.

Dreamcar proves that the term “supergroup” is an apt one – these four members together possess incredible songwriting ability. Young’s drumming is understated, but perfectly fills out moodier songs like “Ever Lonely” and “Slip on the Moon.” Dumont’s lush guitar work manages to capture the spirit of 80s New Wave in tracks like “The Preferred” and “Don’t Let Me Love.” Rounding that out are Havok’s dulcet vocals and Kanal’s complex walking bass lines that take center stage on “Do Nothing.” However, the album’s best track may be its elegant and echoing closer “Show Me Mercy.” The song knits together and highlights the talent of each performer to create an atmospheric, lavish experience.

Though DREAMCAR are a nascent band, they have crafted a killer debut album. With No Doubt’s future uncertain and while Havok is still active in AFI and Blaqk Audio, who knows when DREAMCAR will find time to create a follow-up, but hopefully that comes sooner rather than later. For these reasons, CrypticRock gives Dreamcar 5 out of 5 stars. 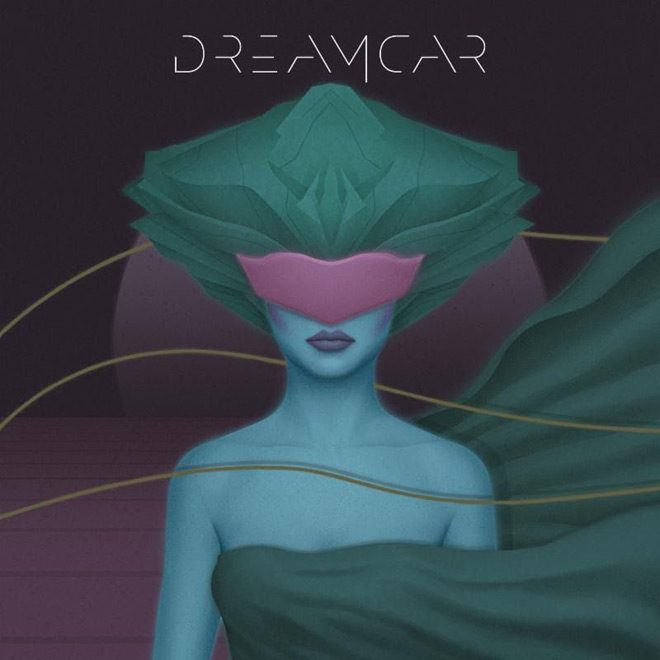