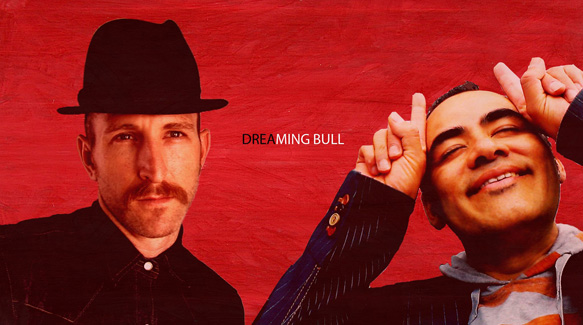 The music of Los Angeles-based outift Dreaming Bull is not that of an average Rock-n-Roll band, and that is a good thing.  When Australian native Nic Capelle met LA’s Gabe Rowland, they knew they wanted to do something different. They both have their own styles, and when Rowland’s vintage R&B and gospel sound fused with Capelle’s Rock and Blues anthems, an entirely new musical genre was born. Psychedelic Blues is one part modish rock, one part choir gospel, one part Delta blues and all parts harmonic funk. Called “liquid nails” by a former bandmate, Capelle’s yowling vocals grab the listener’s attention without the need to touch the volume knob. Coupled with his rockabilly guitar, Gabe’s tribal drumbeats, Matt Littell’s chest thumping bass and the haunting background vocals of Kristen Rowland and Natalie Capelle, there is no doubt that Dreaming Bull lives in a musical world all their own. You may be surprised to find that they sound a bit familiar. Both Carl’s Jr and X-Men: Days of Future Past (2014)  have used the song “Get Things Done” in their television ads, while “Dirty Girl” was heard on FX’s Sons Of Anarchy and “No Use” was featured in the season finale of USA’s Suits.

Self-titled, self-promoted and self-recorded, Dreaming Bull’s debut album was a labor of love for the two unlikely partners. Driven by their mutual love for “dusty, old vintage gospel and lost blues,” the boys put together an album worthy of any venue, from the French Quarter to the cobbled streets of Boston to a tent revival in Memphis. Capelle admits that, while the music itself sounds like choir practice in New Orleans, don’t let that turn you off. The lyrics themselves are about as secular as they can get.

The first song on the album, “Lover Street,” leads with Rowland’s pounding heartbeat drums, then explodes into Capelle’s rock-adelic guitar strumming in an up-tempo Southern Gospel blues track. A tribute to Littell’s thunking bass and some sweet old-timey harmonica, “Hippie Hobo” pops and grooves along, with a fantastic, scratchy background vocal hook that the listener will be humming long after the song ends. Rowland channels John Bonham in the next track, “Feed Us,” while Nic’s growling vocals and a bluegrass background wail carry the listener along with a ‘50s jungle beat. The boys do not let up the pressure with the psychedelic “Bull Be Coming”, but they do slow down the tempo. Lyrically about the failing economy and the ways society gets slammed, “Bull Be Coming” is a song George Clinton would be proud to call his own. “Let’s All Jump In” is a popping blues tune with a twangy, plucking guitar and catchy hook. Harlem meets Appalachia with “Boogaloo,” a heavy, bluesy funk of a song with just a sprinkling of Gangstagrass. Melancholy guitar pickings and a smooth baseline give way to Nic’s full throated vocals and a James Brown pounding in “No Use,” and it is no wonder this song caught the attention of the affiliates from USA Network. The witchy song “The Spell” works up into a hyperbolic lather, only to switch to some smooth-as-sandy-butter vocals and a continuous, ghostly wailing. Like a walk to the crossroads, “So Right” wraps up the original songs on the album with a strumming blues melody and murky, vaporous vocals that settle into the soul and wait for the devil to come around and collect his due. The first remix on the album is a rendition of “Bull Be Coming” that relies more heavily on the R&B sound while picking up the tempo.  The “Lover Street” remix pulls back from that Southern Gospel sound and adds a dash of funk and horns.

Probably the most original sounding album released this year, music fans would be remiss if they passed by Dreaming Bull without giving them a listen.  Rest assured they will not be disappointed, and many may even finds themselves in love with a new genre. CrypticRock gives Dreaming Bull 5 out of 5 stars. 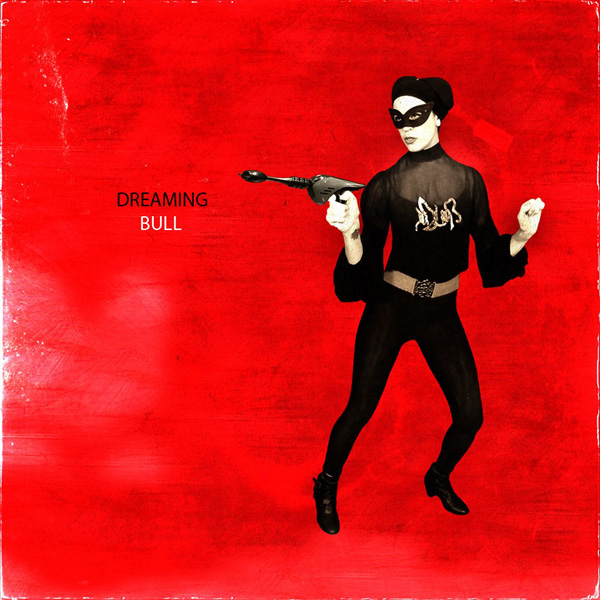