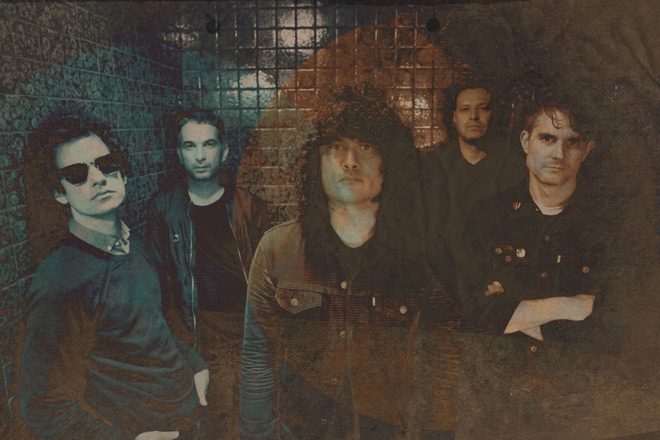 Seventeen years is a virtual lifetime in our hectic rush to keep up with those continual Joneses. In fact, it has been this long since the beloved Post-Hardcore/Art Punk band At the Drive-In offered up some new music to their rabid fans. Thankfully, they have recently made their triumphant return, on May 5, 2017, with in•ter a•li•a on Rise Records.

Formed in 1994 in El Paso, Texas, At the Drive-In (ATDI) are a band who, for many, would come to stand for the Do-It-Yourself ethic so prevalent throughout the Punk scene, blended with frenetic, sonic chaos that sought to color far outside any pre-established lines. Their debut album, 1996’s Acrobatic Tenement, was reportedly recorded with a $600 budget! They would go on to write and record 1998’s In/Casino/Out, though it would be their landmark Relationship of Command (2000) – which boasted the single “One Armed Scissor” – that would garner the band quite the collection of accolades while influencing a generation of future rockers – before the band broke up in 2001.

Despite their 17-year absence, At the Drive-In have had an immense, lasting impact on the music scene, though they have greatly struggled with their own lineup and personal, musical motivations. The band did reunite shortly in 2012 to play at the Coachella Valley Music and Arts Festival, as well as at that year’s Lollapalooza Festival, though the years have clearly seen some changes and quite a few other musical ventures (The Mars Volta, Sparta, Antemasque, to name but a few).

At the Drive-In is presently comprised of Cedric Bixler-Zavala (Vocals), Omar Rodríguez-López (Guitar), Keeley Davis (Guitar), Paul Hinojos (Bass), Tony Hajjar (Drums), who made a triumphant return to music with in•ter a•li•a on Rise Records.  Inter Alia (stylized as in•ter a•li•a) – Latin for “among other things” – is a collection of eleven quasi-political tracks that sound and feel much like what one would expect from At the Drive-In.

The album kicks off with “No Wolf Like the Present,” a frenetic Art Punk meets Garage Rock dance that makes a curiously impactful statement with lines like “They own your history and scrap it for parts.” As with the majority of At the Drive-In’s music, a healthy mental work-out should be expected when trying to decipher lyrical content. “Continuum” continues the frenzied pace and is so bizarre lyrically that there is no guessing what the intention is here. However, a Faraday tank is mentioned so brownie points for that!

Soaring vocals and superb musicianship are a hallmark of At the Drive-In, and are prevalent on tracks like “Tilting At the Univendor,” first single “Governed By Contagions,” and the Noise Rock of “Pendulum In A Peasant Dress.” Second single “Incurably Innocent” is reportedly about sexual abuse and finally being able to speak out against your attacker. There is a clear acerbic tone to the vocals here, which is befitting of the track’s weighty, deeply personal subject matter. It is followed by the slightly slower-pace  – at least for At the Drive-In, anyway – of “Call Broken Arrow,” about a self-centered Philistine who never reciprocates.

“Church ain’t over ‘til they put the snakes back in the bag,” sings Bixler-Zavala on “Holtzclaw.” Lyrically, one might guess that this tirade potentially involves smarmy politician Lou Holtz, who made it abundantly clear that he is anti-immigration with one very ignorant speech in July 2016. This segues beautifully into “Torrentially Cutshaw,” where Bixler-Zavala declares the eerie fact “The truth will age you.” This turns At the Drive-In toward a very downtempo “Ghost-Tape No. 9,” and the album’s conclusion – a return to the freneticism that At the Drive In are so well known for – third single, “Hostage Stamps.” What the overall message of the track is, lyrically, is open for some serious debate, though there does seem to be a clear political theme; with underlying references to multiple corrupt governments across the globe. To end an album with the war cry “Raise your nothing poles,” it is clear that At the Drive-In are politically-minded and seeking to motivate a revolution of the mind wherever possible!

At the Drive-In are reminiscent of high school poetry class – only Sylvia Plath knows what the hell is going on here lyrically! – though sonically they are as superb as ever and Bixler-Zavala’s vocals absolutely soar. It is abundantly clear that At the Drive-In continue to be a seminal force in Post-Hardcore/Art Punk, a band with a distinct sound who refuse to play by any rules and drive an inimitable path outside the lines. For these reasons, CrypticRock give At the Drive-In’s in•ter a•li•a 4 of 5 stars. 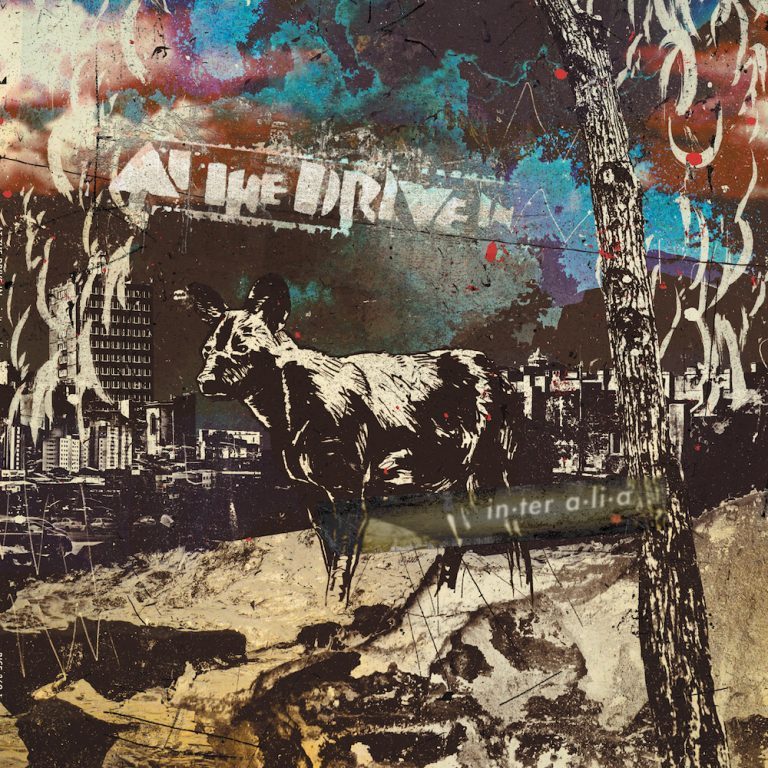 At the Drive In will be on tour this summer in support of in•ter a•li•a, see AtTheDriveInMusic.com for details.

AFI – Bodies (Album Review) The Allman Brothers Band – Down In Texas ’71 (Live Album Review)
Like the in-depth, diverse coverage of Cryptic Rock? Help us in support to keep the magazine going strong for years to come with a small donation.