Driving While Black, from Anthem Films and Big Primpin Films, took its time to reach a nationwide audience. However, it did not have the worst time getting there. Written by Director Paul Sapiano (The Boys & Girls’ Guide to Getting Down 2006, Hollywood Sex Wars 2011) and lead Actor Dominique Purdy (Aaah! Zombies! 2005,  iSecurity 2013), it has been on the festival circuit since 2015. 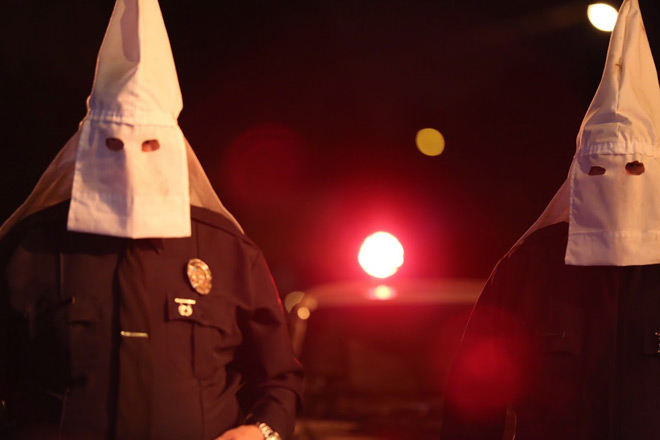 Winner of several awards, California’s Back in the Box festival gave its Best Actor award to Purdy in 2015, while the New Orleans Film Festival gave Sapiano the Audience Award for Narrative Features in the same year. Sapiano also won the Award of Merit at the Accolade Competition, though he had to share it with Producers Patrick DiCesare and Djay Brawner (Vanoss Superhero School series, Last Seen in Idaho 2018).

Driving While Black arrived in America on February 1, 2018 thanks to Artist Rights Distribution, Inc. Inspired by Purdy’s own experiences, it is about a listless pizza delivery man called Dmitri (Purdy). His two big passions in life are making art and smoking weed. However, his mother (Joni Bovill: Star Trek: Odyssey series, Wolfenstein II: The New Colossus video game) and girlfriend Talula (Gloria Garayua: Fun with Dick & Jane,2005, Grey’s Anatomy series) would rather see him move up in the world. When the chance to become a tour bus driver comes along, it seems like the answer to his problems. All but 1 anyway; Dmitri has a history of being harassed by the LAPD. He tries his best to avoid them, but will that be enough?

Pro-police people will probably not be fond of the film’s inability to pull its punches. Most of the cops in this film abuse their power, be it to intimidate or ‘uphold the law.’ Purdy’s Dmitri often explains the nature of the cops and their relationship with black people through voiceover links. If he knows exactly what a cop will do, it will link to a flashback of him learning the hard way. If he is just wondering, it will link to a skit (e.g. what some black person must have done to some white cops to make them so openly racist). 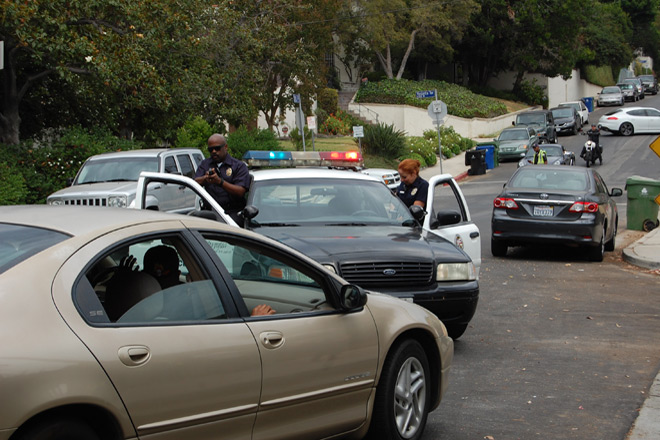 It does not paint the entire police force as badge-wielding Mussolini’s. Some cops have their hearts in the right place, either helping Dmitri out or shutting down their asshole colleagues. Some may see it as a meagre cop-out for slandering the boys in blue, or for going soft on them. Yet it feels more like a way to keep the film grounded, in that the police are neither Stormtroopers or Orcs. They are just as human as anyone else and come in many colors too. It is just that, ultimately, they are defending a broken, unfair system. The debates on whether it can be fixed or whether society can be truly equal will likely rage on for generations. All that the film can say is that the deck is stacked against POCs like Dmitri, and it shows the lengths he and others must go to just to get by.

The spoonful of sugar to this bitter truth is that it is a Dark Comedy. As the press release puts it, it is “half comedy of errors and half hard-bitten realism, tucked into a sly treatise on 21st-century over-policing.” It is not exactly a laugh riot from beginning to end, as the meat lies more in the realism than the comedy. It has some good gags, and usually at Dmitri’s expense. The acting is solid as well, with no duff performances sticking out. It may be no surprise Purdy does well as Dmitri, given the film is part memoir too. He comes off as a believable character; sympathetic without being a sad sack, and rightfully annoyed without being a caricature.

The rest of the cast do solid jobs too, with Sheila Tejada (I Really Hate My Ex 2015, Ray Donovan series) and Peter Cilella (Resolution 2012, Dementia 2015) standing out as rival cops Borty-Lio and McVitie respectively. They get some nice little narrative nuggets that add to their characters, such as why McVitie is perhaps the worst of the bad cops, and why Borty-Lio being a good cop is not enough to protect her partner. 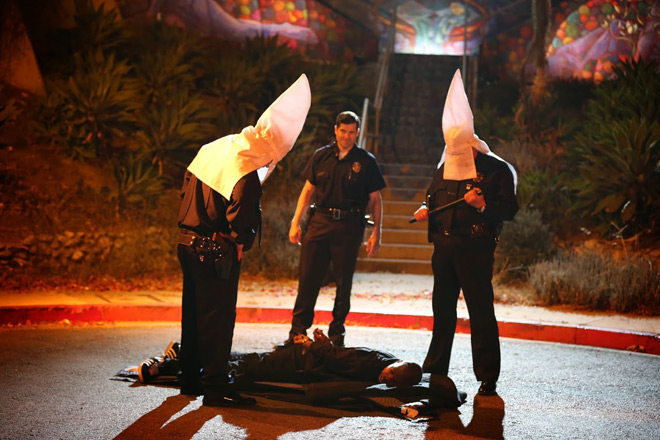 Garayua was entertaining as Dmitri’s girlfriend too – enough to win Best Supporting Actress at the Houston Comedy Film Festival in 2016. However, her character seems to drop off the face of the earth at the midway point. Likewise, Joni Bovill’s role as Dmitri’s mom seems limited to a flashback as she rarely appears on screen either. There is not a duff performance on offer, but some roles are sparser than others.

The pace is another bugbear too. The same press release says it has “a jovial swagger to its walking pace,” and it is not wrong. It just should have ran or jogged in a few places too. It picks up during the funnier and more dramatic moments. Otherwise, it feels longer than its 1hr 32min running time would suggest. The soundtrack does not leave much of an impression either. It is not bad, but it does not stick in the head either. It just goes through one ear and out the other.

So, to summarize: Driving While Black has some good jokes, good performances, and a strong story with a strong message. However, its pace drags its heels, the soundtrack is not anything special, and some roles feel underdeveloped. It is not as edgy as it seems, but its sober approach to racial profiling is a welcome one. The people who have had to endure situations like Dmitri’s may find the film all too relatable. It is just unlikely to beat Get Out anytime soon. For these reasons, CrypticRock gives this film 3 out of 5 stars. 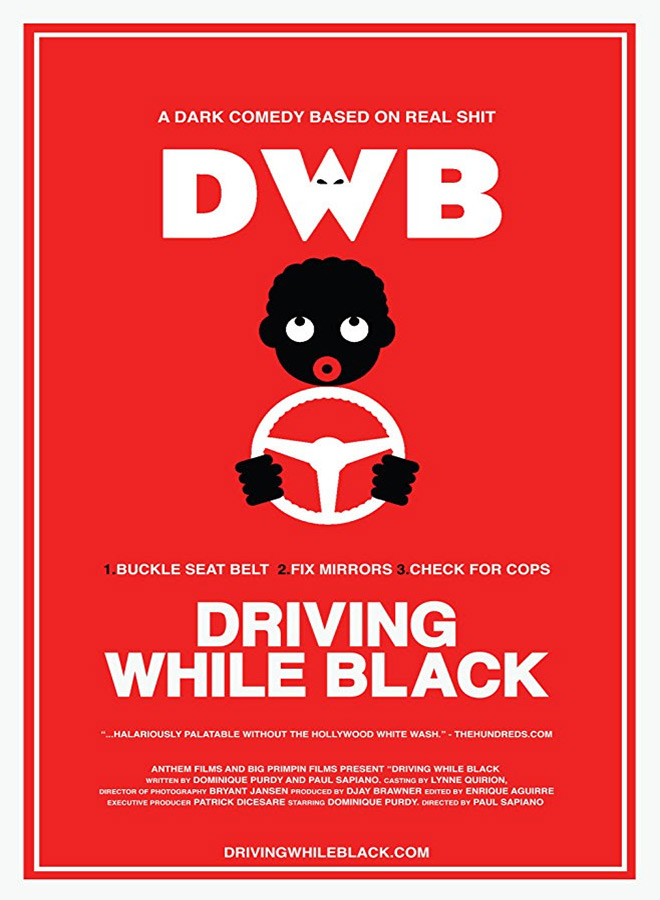