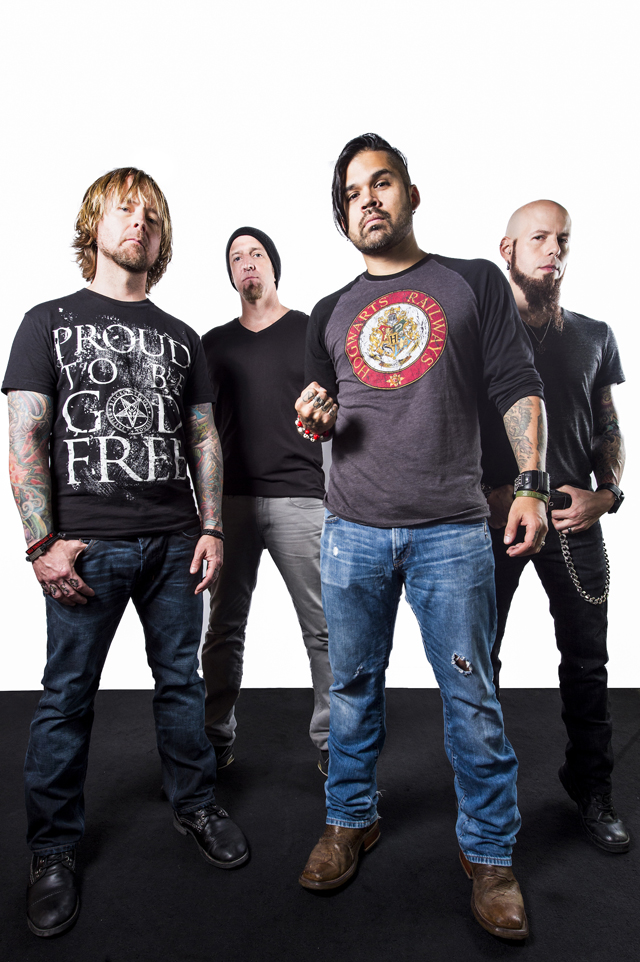 There are some bands, that no matter how much is thrown at them, they continue to keep moving forward despite it all. Hailing from Dallas, Texas, the band known as Drowning Pool are a prime example of such as they approach a twentieth anniversary in 2016. Fighting hard to make it in the Hard Rock world, it was not until 2001 when they finally got their moment to shine when they were featured on Ozzfest and released their debut full-length album, Sinner. The album would go on to reach platinum status within six weeks, and it seemed Drowning Pool was on their way to super-stardom. Then, tragedy struck in August of 2002 when Vocalist Dave Williams died on his tour bus from an unknown heart condition at the young age of thirty. A completely devastating loss for fans and bandmates, Drowning Pool marched on a year later when Jason Jones joined up and was featured on their 2004 album, Desensitized. Sadly, in 2005, Jones would depart from Drowning Pool, leaving yet another gap on vocals. Quick to make a move, the core of Drowning Pool – Guitarist C.J. Pierce, Bassist Stevie Benton, and Drummer Mike Luce – recruited Soil vocalist Ryan McCombs to the band. A member of Drowning Pool between 2005 and 2011, McCombs was featured on 2007’s Full Circle and the band’s 2010 self-titled album, but also, departed from the band.

Now going through three vocalists, one would think Drowning Pool would sail into the sunset, but thankfully, they did not. In fact, they got right back in the saddle and brought in a motivated, talented, and young new vocalist named Jason Moreno in 2012. While some were skeptical of Moreno at first, he quickly proved to be the real deal, wowing audiences on his Drowning Pool debut in 2013, Resilience. Now in 2016, Drowning Pool return with Moreno, a new label in the form of eOne Music, and their sixth studio album, Hellelujah. Set for release on February 5th, the guys called on acclaimed Metal producer Jason Suecof to help them capture the sound they were looking for this time around.

The album starts out energetic and powerful with the track “Push,” which features shouted out and clean vocals taking turns, heavy shredding on the guitar and a thriving rhythm, pulling the listener along from the very first second. The pace stays the same as the album continues with “By The Blood,” the initial single off the album released back on November 19th. Here, Drowning Pool continues with thriving melodies and loud music as ruckus backing vocals accompany strong main singing by Moreno, adding strength to the overall song. Worth every bit of the audience’s attention, next is “Drop,” with the opening words shouted at listener, almost commanding to be heard. The rhythm is heavy and will force listeners’ bodies to move along to the beat.

Not any less energizing and intense, “Hell To Pay” continues Hellelujah. The most recently released single off the album, on January 8th, the listener is initially given a short break to catch a breath before Drowning Pool start blasting out loud Rock once more. With melodies that will capture listeners ears, the lyrics ask for empathy within the compelling story being told in the song. Then there is “We Are The Devil,” which opens like an old radio song from decades ago before the shredding begins. Heavy and evil, Drowning Pool explains, “We Are The Devil,” warning others not to mess with them. Like an anthem, this track is easy to sing along with and is a pretty cool motto for the band.

Slowly increasing the speed and volume, “Snake Charmer” slowly crawls up until it unfolds and fulfills its fullest potential. The band’s second single off the album, released back on December 18th, it has some breaks in the rhythm, but the chorus is brilliant to shout along, and of course, memorize by the listeners. Filled with thriving adrenaline, “My Own Way” continues with a rhythm that will get one’s muscles twitching. A song that clearly needs to be consumed live, it demands for motion and a sing-along, making it arguably the catchiest of the album. Moving along, a steady beat by Luce opens up “Goddamn Vultures,” followed by brilliant, heavy guitar riffs of Pierce, as well as intense vocals by Moreno. Showing the current lineup of Drowning Pool is a well-oiled machine, it is a serious song that leaves no room for misinterpretations.

A little more mellow, but no less vital, and serious cut, “Another Name” is almost like a ballad. Capturing the audience’s imagination, it features a slightly brighter melody than the previous songs, but the lyrics counter-act with darkness. After all, it is Drowning Pool and they are notorious for being dark and devilish. With this in mind, “Sympathy Depleted” starts out with some beautiful guitar playing that leads into a steady rhythm and a memorable chorus. With a full and rich arrangement, “Stomping Ground” comes in crashing with catchy guitar work and level beat making for an irresistible rhythm section that will leave an imprint on many listeners’ minds.

Adding for dynamics, “Meet The Bullet” starts out with the distorted melody of “If Your Happy and You Know It.” Already creating a deep Horror movie-like atmosphere, the guitar playing is carefully laid out as the beginning vocals strengthen the creepy feeling. Then, as the bridge and chorus come in, the vocals a mix of violent and eerie whispering-like vocals play off one another, making for a very well composed track. Finally, “All Saints Day” closes the album with heavy guitar riffs, and just as heavy banging on the drums as Moreno demands the microphone once more.

In enough words, Drowning Pool are back. Heavy and dark as ever, rewarding the listener with brand new material. While Resilience may have seemed a little more polished, Hellelujah show the rough side of the band and the abilities of Moreno on vocals. This album fortifies Moreno as the lead vocalist of Drowning Pool, and as a cohesive unit, the band has put together their strongest overall album in some time. CrypticRock gives the album 4 of 5 stars. 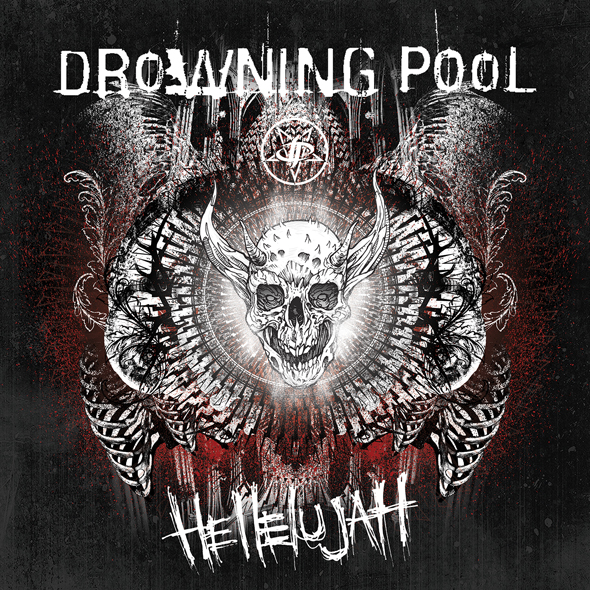