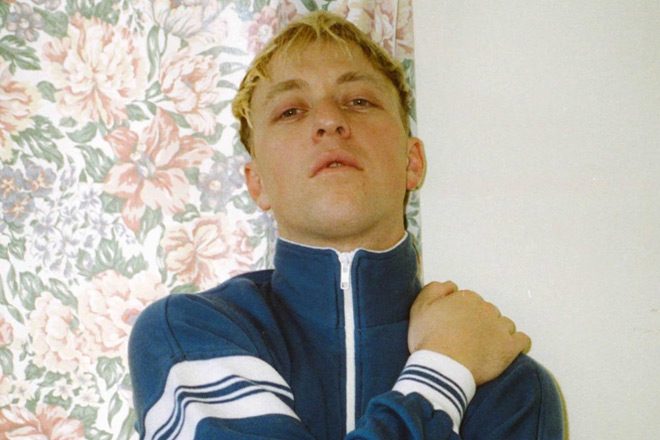 Shaped from the remnants of the short-lived band Elkland, whose lone album, 2005’s Golden—regarded as a rare New Wave/Synthpop gem—The Drums has become the eventual musical vehicle of the band’s leader, Jonny Pierce.

Pierce (vocals) formed The Drums in 2008 in Brooklyn, New York, with his childhood friend Jacob Graham (synthesizer), after the demise of their erstwhile band. Their new band gave the duo another lease on life in the so-called Indie music scene, garnering a wider audience and courting better attention. In 2010, the band released its Pop Punk–flavored self-titled, debut album.

This was followed up in the ensuing year with the synthesizer-dashed and dreamy-guitar-heavy Portamento, which, according to the duo, was borne out of their teenage fascination for the music of the likes of Kraftwerk (“The Telephone Call”), Anything Box (“Living in Oblivion”), and Wendy Carlos (A Clockwork Orange); observable as well is a tubular sound reminiscent of the Post-Punk-era The Cure (“The Exploding Boy”) and New Order (“Leave Me Alone”). A markedly abrasive and slightly Grunge-laced set of songs was released in 2014, in the form of Encyclopedia.

Now, The Drums, with only Pierce as the remaining founding member backed up with a number of sessionists, returns as invigorated as always with Abysmal Thoughts.

Released on June 16, 2017, on the record label ANTI-, The Drums’ fourth offering is oozing with Indie Pop sensibilities. It opens with the Doo-Wop-flavored and rolling, shoegazey rhythm of “Mirror,” a reflection of the current general state of Indie music—paying homage to and mustering references from the genre’s heroes of the past decades. Pulsating its way next is the equally dancey and part-Synthpop, part–Guitar Pop “I’ll Fight for Your Life.” And then bouncing afterwards is another angular and wiry Pop stomper, “Blood Under My Belt.” The ensuing “Heart Basel” harks back to the sound of Pierce’s previous outfit Elkland (“Put Your Hand Over Mine”), as well as to the high-wire days of Synthpop music, when the likes of Depeche Mode (“The Meaning of Love”) and O.M.D. (”Genetic Engineering”) were at the top of their aural adventures.

“Shoot the Sun Down” returns the mood to the album’s overall sun-shiny and poppy disposition. The slow-motion galloping “Head of the Horse,” on the other hand, refracts from the psychedelic, rootsy, and folksy ’60s. May be regarded as the album’s highlight, “Under the Ice” best defines the playful character of The Drums’ music—as exemplified by the band’s previously successful singles that include “Best Friend,” “Let’s Go Surfing,” “Days,” and “Money.”

Hypnotic and psychedelic in a Syd Barrett kind of way is the appropriate description for the trippy “Are U Fucked?” And then there is the ’60s Surf Pop of “Your Tenderness”; one can almost hear the splash of California summer waves as they crash against the bodies of happy-go-lucky surfers. Following aptly is the springy and bouncy rhythm of “Rich Kids,” another reminder of the trademark sound of The Drums.

Nearing the end of the album, Pierce treats again the listener to his folky, rustic, guitar-plucked balladry with the lyrically sentimental “All We Share (Means Nothing).” Finally, he wraps up Abysmal Thoughts with the playful and cacophonous sonic tripping of the title track, leaving the listener suspended in a rather upbeat conclusion and conjuring in their minds some punky, bratty sonic images of The Dead Milkmen (“Beach Song”), Violent Femmes (“Blister in the Sun”), and Virgin Prunes (“The King of Junk”).

Despite retaining the simple and catchy Indie Pop sensibilities that the music of The Drums became known for, Pierce has obviously matured musically as a songwriter by slowly getting out of his formulaic shell and trying to be as progressive as his songs warrant him to be. The trajectory of the sonic styling one may observe from listening to The Drums’ albums proves all these. Now with a broader sense of scope, The Drums is just beginning. More engaging music is sure to come. In the meantime, get lost in sweet cacophony with The Drums’ Abysmal Thoughts. CrypticRock gives it 4 out of 5 stars. 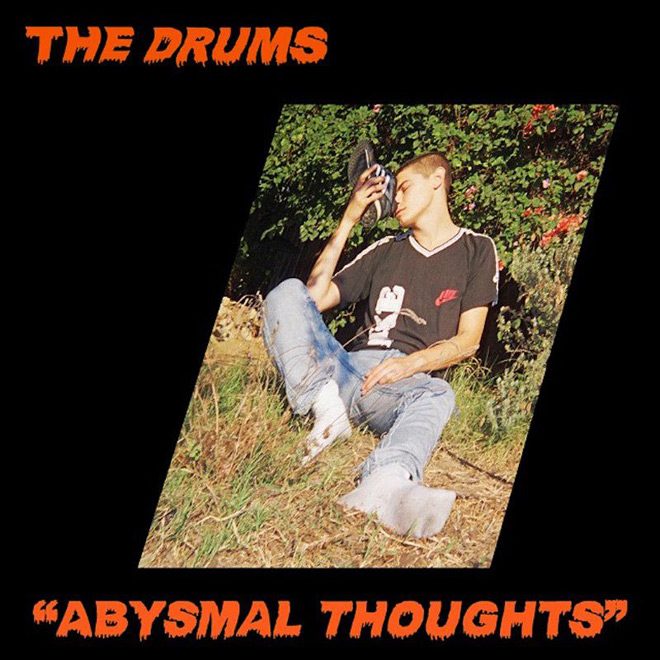