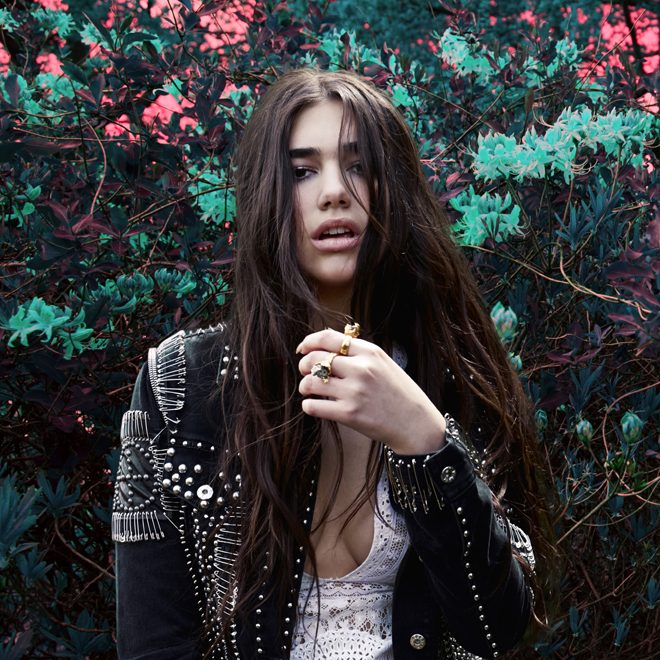 The currently rising artist Dua Lipa may be only a newcomer in the Pop music scene, but in just a short period of time she has already made a name for herself. In a span of two years, she has had five chart-topping singles that served as her crowning glory.

Born on August 22, 1995, in London, England, to Albanian parents, Lipa began her public singing career in 2009, as a YouTube personality, posting music videos of her renditions of songs by the likes of Christina Aguilera (“Ain’t No Other Man”), Rihanna (“Stay”), and Nelly Furtado (“I’m Like a Bird”). A few years after, her hard work and strong presence in the Internet world paid off; she was discovered by Warner Bros. Records, scoring from the company a record deal. In 2015, she began working on her first album.

Released on June 2, 2017 via Warner Bros. Records, Lipa’s self-titled, debut full-length consists of twelve tracks, which included three of her previously released singles. It begins with the pulse and clicks of the R&B-flavored Pop “Genesis,” which may remind the initiated of Ne-Yo’s “So Sick” and JoJo’s “Too Little Too Late.” The percussive rhythm flows into the ensuing “Lost in Your Light,” slowly pulling the listener towards the dim-lit dance floor. With the bodies still moving under the same mirrorball, “Hotter than Hell,” however, makes the ambience more sensuous and the lights a bit brighter and more sparkly.

Following next is the now radio-favorite “Be the One,” in which Lipa’s impassioned, soulful vocal delivery is complemented by the song’s flowing synth melodies. Then there is the stadium-ready, gyrating imagery–evoking, and anthemic potential “IDGAF”—still Soul-infused, with a hint of Hip-Hop elements.

Another previous chart-topping single, “Blow Your Mind (Mwah)” has that smooth and soft foundation that builds up into a percussion-oriented and Rap-incorporated chorus. This is followed by the slow piano-led ballad “Garden,” which will fit on a playlist that includes Adam Lambert’s “Whataya Want from Me?,” Enrique Iglesias’ “Hero,” and Beyoncé’s “Broken-Hearted Girl.” Following, Lipa’s voice descends to a lower register in the reflective feel and heart-rending lyrical sentiments of “No Goodbyes.”

“Thinking ’bout You” is a different kind of beast, owing to its acoustic guitar-oriented instrumentation. The dance-inducing choppy rhythm of “New Rules” then mesmerizes the listener back to the dance floor. Another mid-tempo R&B Dance ballad comes next in the form of “Begging.” Finally, Lipa wraps up her set aptly with the bare, beautiful piano ballad “Homesick,” which has the power to pull tears from the eyes of any listener, for the theme of the song is universal and easily relatable—love, longing, reminiscence, and homage. This may be best played alongside similarly styled songs by the likes of Ed Sheeran (“Photograph”), Justin Bieber (“Love Yourself”), and Shawn Mendes (“Mercy”).

Only on her first full offering, but Lipa is already exuding an aura of musical passion and a promise of more to come. The album’s stylistic variety, held together by her distinct voice, is enough to sustain Lipa’s shining star and to further attract music fans who get attracted by a kind of music that combines upbeat Electronic Dance tunes and slow, soulful R&B balladry. Some might even say that Lipa’s claim to fame were her renditions of songs by many of her music icons. However, the young artist has truly grown wings of her own.

She is no longer just the fledgling who used to dream of becoming like a bird. With her own songs, most of which she co-wrote, Lipa is now a full-fledged singer-songwriter. Nevertheless, amidst the limelight and the accolades that she is enjoying right now, she remains grounded enough not to forget to acknowledge her musical and cultural roots every time there is a chance to do so. CrypticRock gives Dua Lipa 4 out of 5 stars. 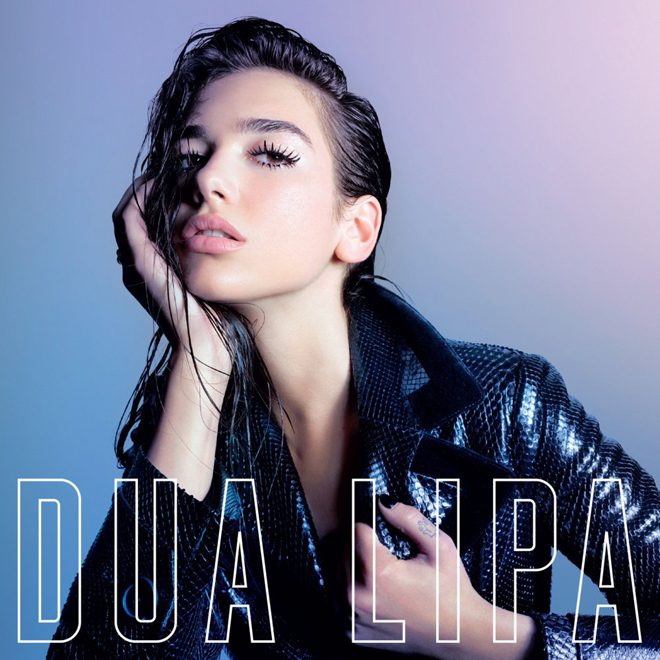