Written and directed by Nolan, known for films such as 2000’s Memento and 2008’s The Dark Knight, Dunkirk is based on actual events during World War II where hundreds of thousands of Allied troops (British, French, and Belgian) were trapped on the beach of Dunkirk, France. But, in this case, the focus is on the 400,000 British troops isolated on the beach. Since the British could not get their warships to Dunkirk to save their troops, they had civilians take their boats out and save the troops. Thus, making it one of the greatest and most successful evacuations in the history of battle. 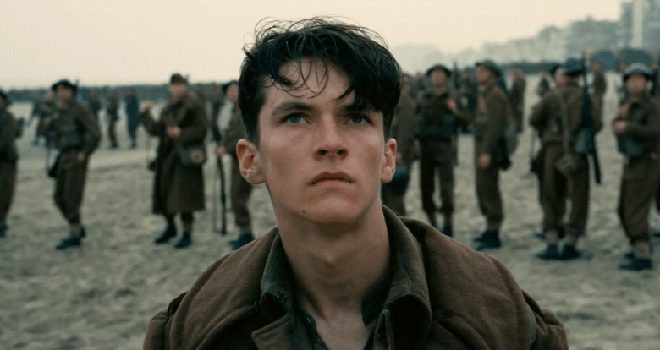 Released in theaters on July 21st via Warner Bros Pictures, Dunkirk breaks out into 3 different, intertwining points of views set in different times. First off, over the course of 2 weeks, the audience follows Fionn Whitehead (Him Series, The Children Act 2017) as Tommy, a British soldier, in his journey of trying to get off that beach alive by any means necessary.

The story follows Tommy to give the audience a sense of just how harrowing this situation was. Just imagine being a soldier on that beach for two weeks with no potential escape. Whenever there is an opportunity to escape by sea, it gets sunk. Not to mention that Nazi fighter pilots are constantly hovering above as they bombard the beach every half hour.

Then, second point of view takes place within an hour. The audience follow British pilots – Farrier, played by Tom Hardy (Inception 2010, The Revenant 2015) and Collins, played by Jack Lowden (U Want Me 2 Kill Him? 2013, England Is Mine 2017) – as they fly above Dunkirk trying to keep the grounded soldiers safe from constant bombardment. Those who have watched Nolan’s 2014 film Interstellar will recognize some of the camera angles used on the wings of the planes. 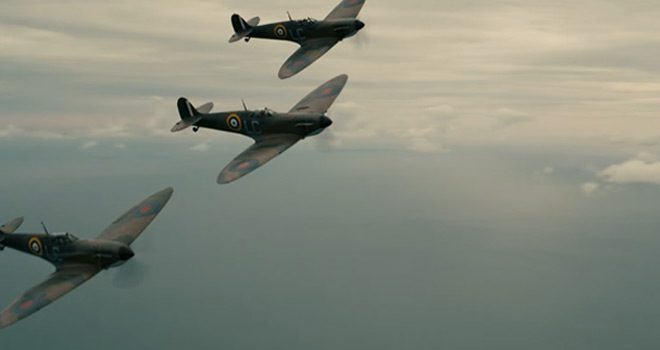 The third point of view, and perhaps the most important part of the the film, which takes place over the course of an entire day, is the civilian aspect. For this, the audience is introduced to George, played by Barry Keoghan (Between the Canals 2011, The Killing of a Sacred Deer 2017); Mr Dawson, the boat owner, played by the legendary Mark Rylance (Angels and Insects 1995, Bridge of Spies 2015); and finally Peter, played by Tom Glynn-Carney (The Last Post series, Casualty series). This is perhaps the most connective of all the stories, because this trio, like the audience, has no idea what to expect as they are racing towards Dunkirk.

Dunkirk is filmed and made to sound like an experience. This goes from the technical aspects of it being shown in 77mm print in IMAX theaters across the nation, or 33mm prints in regular theaters. Nolan, just like Quentin Tarantino and others, is a modern day pioneer, pushing printed film instead of films saved on hard drives. There is a better resolution that comes with these films, but on the flip-side, they are expensive to make.

There is also a sense of urgency because the actors, along with the director of photography, have to be at the top of their game in every scene since they cannot afford to waste film, as opposed to having an endless supply of memory in a hard-drive. Having that in mind, it shows. Every shot in the film, every character, every moment feels deliberate and genuine, and as an experience, you feel like you are right there on the beach with these soldiers. 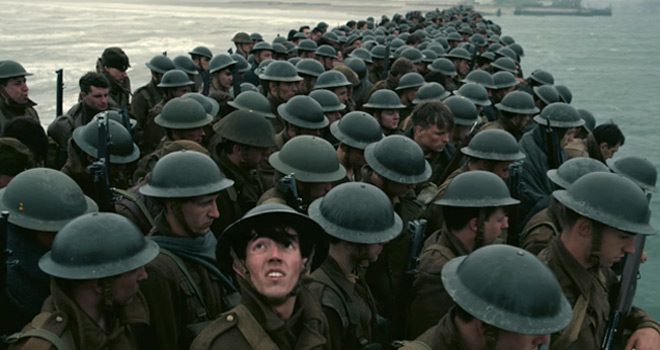 In addition, sound design is a huge part of making Dunkirk seem incredibly uncomfortable. This is war, it is not a walk in the park. It is made to be deliberately loud to make the audience uncomfortable, each gunshot, each bomb, each plane maneuver is intended to keep you immersed in the situation. This is complemented by Hans Zimmer’s spectacular score who takes the already tense film to new heights.

Those who have researched Dunkirk or learned about it in school, watch the film. It is one thing to read about history, but this is almost like going on a 4D ride. Yet another masterpiece by an already well established writer/director, CrypticRock gives Christopher Nolan’s Dunkirk 5 out of 5 stars. 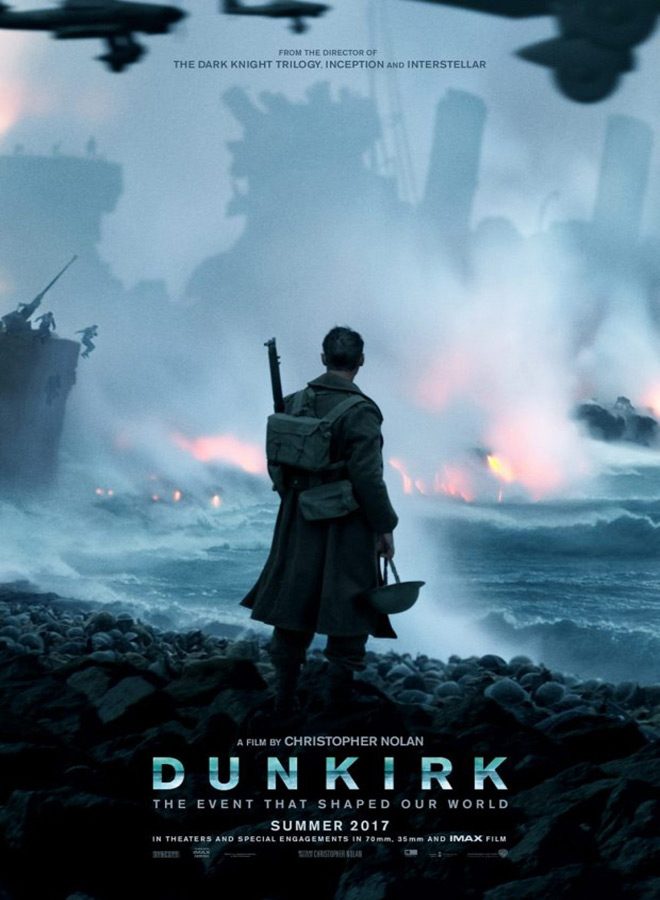