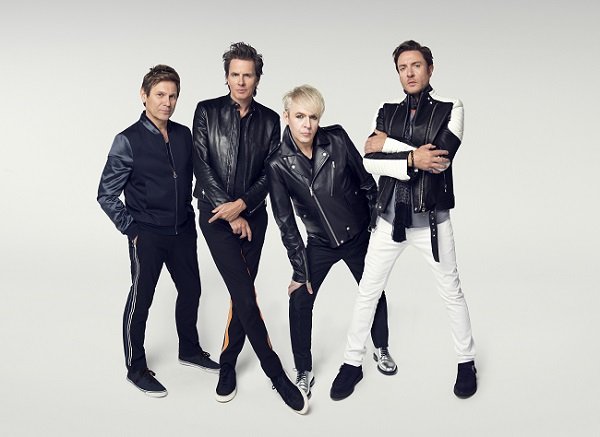 Formed in 1978 in Birmingham, England, Duran Duran became one of the pioneers and flag bearers especially in the 1980s of what came to be known fondly as New Wave—a style of music characterized primarily by its blend of synthesizers and keyboard melodies and the organic quality of standard electric instruments such as the guitar, bass, and drums. In its enduring existence, Duran Duran proves to be a prolific band, armed with fourteen studio albums, good looks and classy sense of fashion, a slew of hit singles, and millions of screaming fans. Currently, Duran Duran consists of Simon LeBon (vocals), John Taylor (bass), Nick Rhodes (synthesizers), and Roger Taylor (drums); augmented in the studio and at live performances by session guitar player Dominic Brown, who first entered the fold in 2004 and who has contributed also to the songwriting process.

The iconic five-member lineup of Duran Duran took twenty-one years to reunite and release a new album in 2004, the understandably astronomic-energy Rock-oriented eleventh album, Astronaut. What followed next was the Dance Pop-based Red Carpet Massacre (2007), which, unfortunately, soon after found the band losing Guitarist Andy Taylor all over again, apparently because of musical differences. Then, the remaining quartet soldiered on with All You Need Is Now (2011), returning to their previous Rock-dominated sound. Now, the newly released Paper Gods is back to the original Duran Duran design…a bit nostalgic but still fresh and familiar and nothing really wayward nor out of the ordinary, which simply means good ol’ Duran Duran delicatessen.

Released on September 11th, Paper Gods opens immediately with the title track, the longest song in the album that features an Enigma-like somber vocal harmony in a capella that slowly builds up until it peaks as an engaging funky Dance number. The next song, “Last Night in the City,” follows the same mood of dominant vocals in the intro (led by the guesting Canadian singer Kiesza) and a blast of Dance Pop thereafter. A slow-tempo ballad, “You Kill Me with Silence” stands out with the ever-felt melodic synthesizer lines of Nick Rhodes. Apart from sounding like a sequel of the previous album’s “Before the Rain,” its hint of eeriness places it in the league of Depeche Mode’s Black Celebration songs, whereas the infectious synthesizer melody in the intro is a reminder that Duran Duran was one of The Killers’ major influences. Listen to “On Top,” from the said American band’s 2004 album, Hot Fuss, so you can connect the dots.

The first single off Paper Gods is indeed the perfect choice as its lead carrier. “Pressure Off,” with guest vocal by Janelle Monáe, is definitely in the middle of the Duran Duran sonic spectrum—Chic-influenced basslines and drumbeats, funky and angular guitar rhythm, sparse synth drench, and catchy choruses lifted by Simon LeBon’s characteristic velvety voice. It harks to the vibe of “Notorious” (1986) and “(Reach Up for the) Sunrise” (2004). “Face for Today” is among the set’s straightforward upbeat stompers; steady rhythm and effortless vocals interspersed with subtle synthesizer effects.

“Danceophobia” comes across as a late ’70s Disco tune, unsurprisingly alluding to some significant Chic moments. Think “Le Freak.” Then there is “What Are the Chances,” another slow ballad that features an anthemic guitar lead (courtesy of Red Hot Chili Peppers alumnus John Frusciante) that seems to pay homage to 2000’s Pop Trash for its resemblance to the style of former Duran Duran guitarist Warren Cuccurullo during that era. This track also finds LeBon in his most introspective and soaring high notes and showcases a well-structured string orchestration, which is most likely a collaboration between Rhodes and the guesting musician/producer Benjamin Hudson. “Sunset Garage” is aptly titled for its throwback sunny ’60s Pop vibes, owing to the interplay of staccato strings and tinny, glassy-sounding keyboard melodies; and a dash of Jazz and Bossa Nova–flavored Dance music explored in the 1990s by the likes of Pizzicato Five (“Sweet Soul Revue”) and Spice Girls (“Stop”).

The strength and hook of “Change the Skyline” lies on the synth bass and other programmed sounds that enrich the song’s organic quality and danceability. After all, LeBon sings unabashedly, “This is where it starts / Dancing on the roof up here / Saying goodbye to darkness / Now I can see the big ideas….”

The driving “Butterfly Girl” stands on a solid and tight bass-and-drum foundation. It features again the slashing guitar works of Frusciante and an effective male-female vocal interplay. “Only in Dreams” begins dramatically and unassumingly with a slow tempo and lush orchestral canvas and then picks up with a big-hall splatter, taking the listener yet again into the usual flickering-lights territory. Finally, Duran Duran’s fourteenth album closes with the starry and romantic, but electrifying, “The Universe Alone,” which despite its lyrical balladry still belongs to the dancefloor. Indeed, Duran Duran intends to own the dance halls till the end.

Many fans and critics alike might claim that the musical direction Duran Duran took in their latest offering is very unlike their trademark style. However, the initiated listener who is really familiar with the entire fourteen-album discography of this legendary English New Wave band should be able to acknowledge that Paper Gods still fits seamlessly in the whole Duran Duran universe. Those who have read John Taylor’s 2012 autobiography, In the Pleasure Groove: Love, Death, and Duran Duran, should know that the concept of Duran Duran’s music being a concoction of mirrorball and strobe-lights, Disco and Funk, the punch of Rock, a glaze of New Wave, and an unabated Pop sensibility has always been the master plan. Paper Gods is all of these. Besides, the final decision concerning what aspect of music any band must pursue remains primarily in the hands and minds of whoever the visionaries in the group are. And whatever beauty such creative force was able to paint and unleash for the world to behold is automatically beautiful also in the ears of those whose taste lies in the same buds as Duran Duran. Considering all that, Paper Gods is certainly another trademark Duran Duran pièce de résistance that has the power to take the willing listener to the pleasure groove of the dance floor in the band’s typical terms and standard style. CrypticRock gives Paper Gods 4 out of 5 stars. 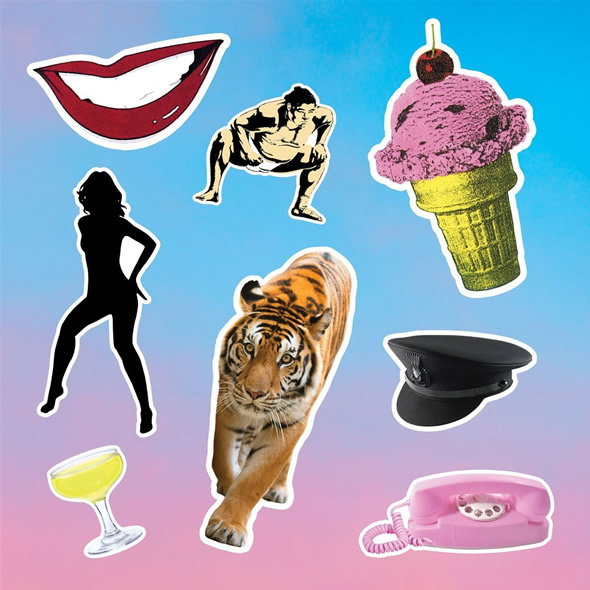