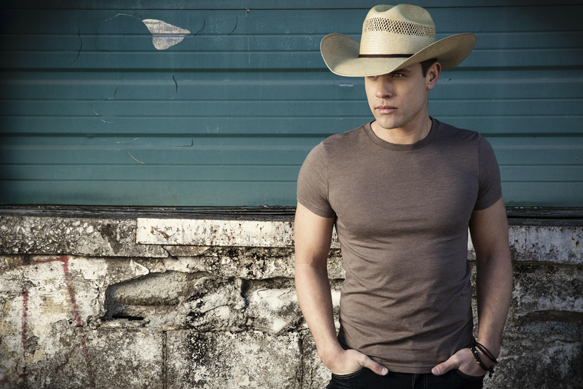 Like any artist coming off of a debut album, Dustin Lynch was looking to create a record that both catered to the style that helped him get on the radar, while also evolving as an artist, and finding a musical style that garners both comfort and success. With his new album Where It’s At, Lynch certainly seems to have found his comfort zone as an artist, catering to both the traditional style country that his voice seems tailor made for, as well as current trends of pop and rock influenced country. This is a record that proves that Lynch can weave back and forth seamlessly between both styles, despite their largely contrasting sounds. On Where It’s At, Lynch displays a musical versatility and a definite sense of confidence he may have lacked on his first release. These qualities continue to help Lynch maintain critical success while at the same time gain the commercial and radio success that he had just a small taste of with his first album.

Lynch began his current album era by releasing the title track “Where It’s At” as a single back in March of 2014. The song proved to be the correct choice when it rocketed to the #1 spot on the country charts, giving Lynch the first #1 hit of his career. The song was also certified gold, and the momentum it garnered for Lynch and his upcoming album made it the perfect lead off single. The track itself is extremely catchy with a very mainstream sound. The lyrics are nothing new but they are undoubtedly sweet as is the song as a whole. “Where It’s At” is an easy to sing along to, feel good jam with an irresistibly catchy melody. It is no surprise it turned into a smash hit at radio. This is the type of song that is helping Lynch grow as an artist, as supplementing his traditional sound and vocals with a couple surefire, mainstream hits such as this one on each album in the future will help him achieve commercial success.

Lynch recently chose the carefree, hard rocker “Hell of a Night” as the second single from Where It’s At. The song, like the first single, is catchy, depicting a couple out for a drive in the country “flying high,” “living careless” and “running down crazy.” The track is perfect for turning up loud while in the car, and it should be another hit for Lynch.

While he has many non-traditional songs on this record, Lynch maintained his previously established traditionalist sound with standout tracks such as “American Prayer,” “World to Me,” and “Your Daddy’s Boots.” The last is easily one of the best tracks on the album vocally, and lyrically. It provides a thoughtful, sweet, self-reflective song that has the potential to become a fan favorite, similarly to the way “Cowboy’s and Angles” from Lynch’s previous album captivated listeners. The song is about a man who is about to marry the woman he loves, reflecting upon the fact that he will have a lot to live up to if he is going to take the reins from the woman‘s father, an honorable and hardworking man that he looks up to. Her father has “a heart of gold” and is both “barbed wire tough” and “cowboy cool.” He has a “right hard like a vice” and is “the same man on Sunday morning as Saturday night” and these are some of the things that make him the kind of man the narrator wishes to be. The man makes a vow to his future wife during the chorus, where he promises to always do the best he can and to always be the best person he can be for her. This song sounds a bit like “Cowboys and Angels” part two, and Lynch’s rich, baritone vocals elevate the song to another level.

With “Sing It To Me” Lynch goes out of his comfort zone, with a sexy, and rhythmic R&B influenced track, and “Halo” is a mischievous blend of old and new sounds. “Mind Reader,” a romantic, mid-tempo tune with an alluring melody sounds like it could be a single in the future, and as with everything he sings, Lynch’s voice anchors this song.

“To the Sky” is an up-tempo party track that will be a perfect addition to Lynch’s setlist for live shows. This is a song that is invigorating and easy to sing along to. With it’s unique production and anthemic feel, this song should be electric at concerts. As Lynch sings “Whatever you got to raise up, you can’t get it high enough, your hands or your phone or your cup,” and that is exactly what Lynch’s fans will be doing when he plays this one live.

“She Wants a Cowboy” is a traditional sounding ode to the cowboy lifestyle, and women that appreciate the country way of life. The song explains that while the country lifestyle may not include “fancy ties,” “pinstripe suits,” or “Italian shoes” but nothing can match the invigorating feeling of freedom that goes along with “riding with him in the wide open” where “no fences can hold em,” that go hand in hand with an easygoing country mindset.

“Right Where We Want It” is easily the most radio friendly song on the album outside of “Where It’s At,” and it would be truly surprising if it was not released as a single at some point in the future. Just as the title suggests, this song illustrates a night out where luck free-flowing, and everything seems to be going right. With lyrics like “diamonds in the sky” and the “silver moon shining on the road” track uses descriptive phrases and terms that help the listener feel like they are in the moment. A track that is as intoxicating and fun as this one will also be another great addition to Lynch’s live set.

With Where It’s At Lynch is able to carve out his own niche in the County music genre. This niche includes blending together both traditional and modern sounds, while his incredible vocals unfailingly tie every track together. With this new record, Lynch has managed to achieve more commercial success with more contemporary sounding songs, while still mixing in material with a deep and traditional style that his fans have come to appreciate from him. Where It’s At is only the second album of Lynch’s career, but this is a vibrant album that will serve as an inspiriting starting point for the rest of his career.  CrypticRock gives this album 4 out of 5 stars. 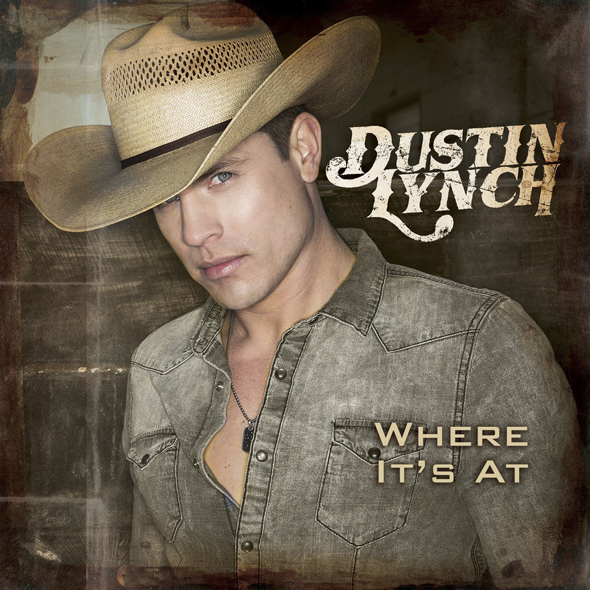