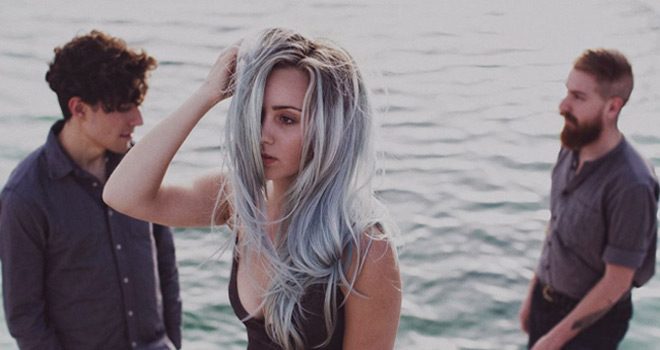 In the big picture of modern Indie Rock and Electropop,  many artists come and go without notice. Hailing from  Los Angeles, where the Electropop scene is plentiful, spread across suburbs encompassing miles in a city of dreams, DWNTWN is an act that stands out. Looking to make an impact more than skin deep, the band consisting of Jamie Leffler (vocals), Robert Cepeda (guitar and vocals), and Daniel Vanchieri (drums) are set to release their curious debut record Racing Time July 21st through Julian Records.

An album two years in the making, Racing Time is a follow-up to their prior three successful EPs. Developing a following along the way, one which has transcended time and place, Leffler and Cepeda met during high school, a serendipitous connection which has brought the two to the present moment. Adding band members to their keyboards, vocals, and guitar along the way, the connection of this long standing relationship also has helped define the release date of Racing Time, coinciding with the birth date of Leffler’s father Howie Epstein the former bass player for Tom Petty and The Heartbreakers who tragically died when she was only 14 years old.

Bringing to the table a Dream Pop aesthetic, DWNTWN embarks on a ten song album with a solid connect to their fanbase, starting off with the single “Bloodshot Eyes.”  Its Blondie-esque vibe and lyrical content may point a finger to the party scene that has been the weakness of many. Followed by “Love Someone,” a vulnerability comes across from the ethereal quality of Leffler’s vocal delivery. Matched with a downtown tempo, the song brings to mind walking along city streets, a landscape of sound nicely punctuated musically with keyboards and guitar.

Shifting gears, “Drowning”  and “Fourteen” embark on a purging of anger, disappointment, acceptance, and love through song. A standout, the latter track is an emotional fragmentation coming together lyrically in front of everyone. With pain on display, authentic and real, musically it all fits together, complimented by the strength of Cepeda’s guitar playing filled with hope.

All art conveys an emotion that connects. Moreover great vision can result in a soundscape of infinite possibility. This in mind, halfway through Racing Times listeners can feel this occurrence on”Sticks and Stones” and “Pioneer Square” which includes drums to provide a foundation for the lyrical message. Sadly there is not more balanced use of instrumentation during the earlier songs of the album, allowing more depth as the later tracks, providing more color. For example, one of many highlights deep in the album, “Little Night Song,” shines with Leffler’s vocal skill, artfully arranged with more percussion.

Offering more, “Back and Forth” has a Modest Mouse vibe, more Rock than Electropop while being lyrically brilliant, full of fear and uncertainty. Wandering towards the end of the tunnel, “Lonely” is the antithesis of the definition. Lush and inclusive, the song includes drums and guitar in a balanced way, making it possibly the best of the album.

It must be said that Racing Time is the culmination of a long lasting relationship .  Leffler has opened admitted the band has matured, going onto say, “We are ready to pull away all the excesses so we can be vulnerable, and say exactly what needs to be said.” This is never more evident than the album’s finale, “As The Sparrow Goes” with Carlene Carter.  The song shows lyrically that eventually with the right nurturing it is time to spread one’s literal and metaphorical wings and fly.  DWNTWN has achieved just that with Running Time and that is why CrypticRock gives their debut  4.5 out 5 stars. 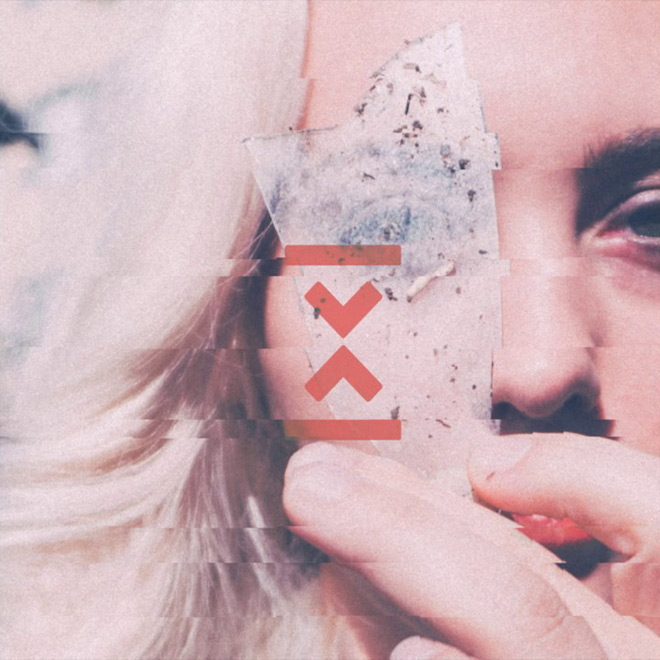