When most people think of Easter, it includes fluffy bunnies, chocolate eggs, and excited children, while forgetting Easter’s origins are much darker. The latest Horror Comedy Easter Sunday reminds viewers of the terror Easter can bring. Written, directed, and starring Jeremy Todd Morehead as the main protagonist Jeremiah, Easter Sunday is Morehead’s debut movie in every regards. Initially released back in 2014, recently, on March 14th, Easter Sunday saw a broad release on DVD and streaming. Filmed on a micro-budget out in Woodbridge, Virginia, Easter Sunday is a retro requiem playing homage to the campy and fun ’80s Horror cinema. 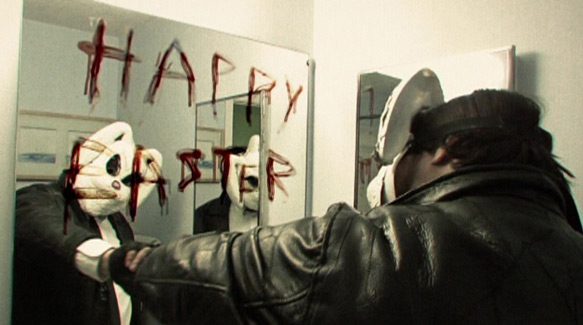 Twenty four years ago, on Easter night, Douglas Fisher donned an Easter Bunny mask and killed his wife, daughter, and a bunch of other people with an axe, sparing only his son Ryan. Flash forward to present day and Jeremiah (Morehead) is soon to marry his fiancé Amber (Anne Morehead: debut film).

Since the fateful Easter 24 years ago, the town has limited talk and practice of Easter. However, this changes when Jeremiah and his friends arrive for an Easter of fun. The first night together, they discover Ryan is actually Douglas Fisher’s son – Ryan Fisher. One of the girls brings out a Ouija Board and this prompts Ryan to contact his father with it. The others think it is a huge joke until Ryan is in deed possessed by his father and begins killing where his father left off. Along with whoever gets in his way, Ryan is determined to kill all those involved in his father’s resurrection – his best friends.

With his father’s mask and axe, Ryan goes after them one by one, which gains the attention of local Sheriff Arkin, played by Horror movie Icon Robert Z’Dar (Maniac Cop 1988, Tango & Cash 1989), who believed he had killed Fisher the last time they had met. Arkin again is hot on Fisher’s heels and determined to end his serial killing ways once and for all. 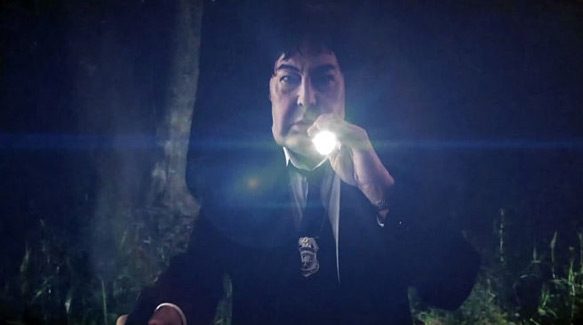 With his friends being slaughtered before him, Jeremiah must dig deep to save his future wife Amber and as many people as he possible can. Despite his best efforts, in the end, Jeremiah is the one to finally stop Fisher, and seems to be the only one who survives the Easter massacre. A year later, Jeremiah has moved on, until right before Easter, when Ari Lehman, of 1980’s Friday the 13th fame, cameo’s a Postman aptly named Jason. A wonderful easter egg, if you will, in the end scene, he delivers a fateful package to Jeremiah, which proves Fisher may never be completely, totally, fully dead, and return next Easter.

Easter Sunday achieves exactly what is sets out to do, giving an entertaining homage to the fun Horror films of many viewers youth. For younger viewers, it provides a glimpse into the past when plots were thin, jokes were corny, and special effects were shady. For a debut film, Morehead and crew do a tremendous job in practically every aspect of production. In addition, Easter Sunday proves that quality films can be done rather simply, they just need a great deal of passion and hard work behind them.

Additionally benefiting from teamwork, Easter Sunday’s cast and crew are more like a family, set out to highlight the aspects of Horror that made ’80s the golden era of the genre. In regard to their future working together, Producer/Actor Delgado told CrypticRock, “What we are really trying to build is a community of Indie filmmakers who work for each other to help one another out and relentlessly pursue that forward progress.” 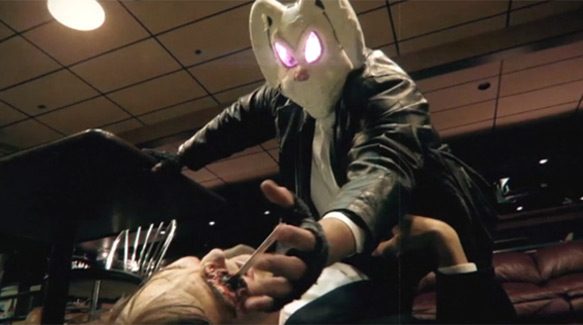 All this said, Easter Sunday showcases some bright, promising future talent from production to acting, and most of all, entertainment. For these reasons, CrypticRock gives Easter Sunday 4 out of 5 stars. 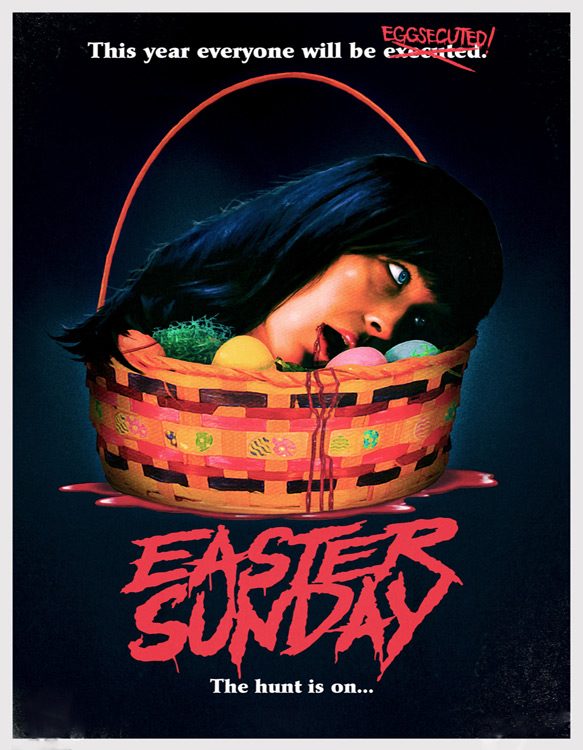