For those who cannot tell by the title alone, Eat Locals – the latest campy vampire flick from the good people at Evolution Pictures – is indeed a Horror Comedy tour de force. Premiering in the UK at The Prince Charles Cinema on August 26th, as well as in select UK cinemas and VOD platforms, Eat Locals becomes available to the U.S. market via major VOD platforms – as well as on DVD – on October 30th. 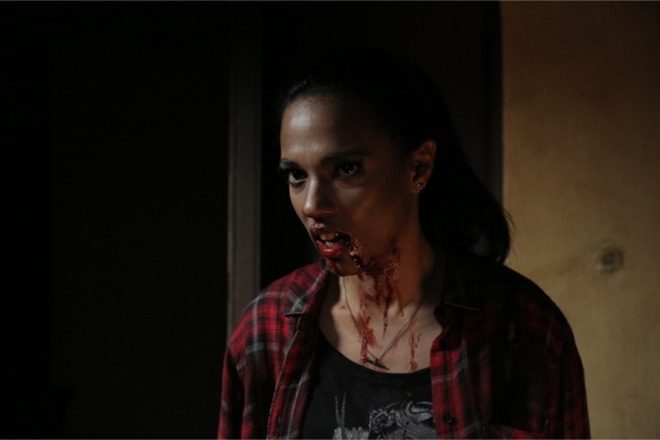 When we first encounter the fumbling Romani man Sebastian (Billy Cook: Green Street 3: Never Back Down 2013, Silent Witness series), he is somewhat unwittingly providing elementary school-aged minors with alcohol. Clearly a klutz, it is not long before he finds himself at the center of a paranormal war. Surprise, surprise!

This year, the Thatcher Farm is playing host to a ragtag gathering of British vampires. Every fifty years, the group meets to discuss territories and disputes, debate their established food quotas, as well as approve new members. Amongst these vampire lords and ladies are head-honcho The Duke (Vincent Regan: 300 2006, Snow White and the Huntsman 2012), smarmy Peter (Tony Curran: Gladiator 2000, Underworld: Evolution 2006), dapper Henry (Charlie Cox: The Theory of Everything 2014, Daredevil series); and burly Thomas (Jordan Long: Shifty 2008, Kingsman: The Secret Service 2014).

Then there are the ladies: bad-ass knitting granny Alice (Annette Crosbie: Calendar Girls 2003, Into the Woods 2014); feisty Angel (Freema Agyeman: The Carrie Diaries series, Doctor Who series); and the sexy cougar Vanessa (Eve Myles: Torchwood series, Victoria series). The group are protected by security-detail Chen (Lukaz Leong: Life 2017, Star Wars: The Last Jedi 2017), who is doing his best to keep the outside world from experiencing the inner-chaos. 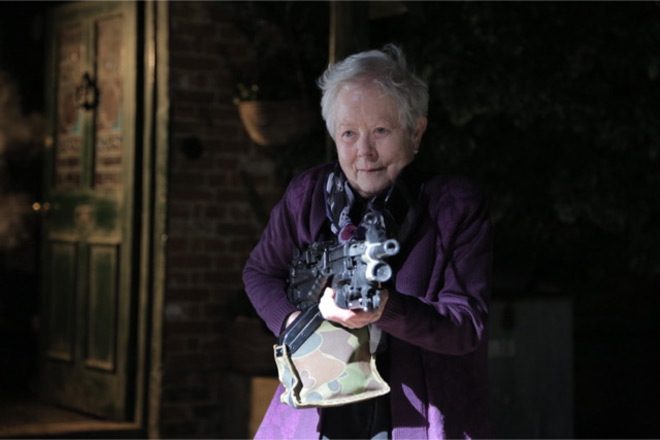 Unbeknownst to these lads and lasses, a military group with “cold vision” goggles – headed by very divided Colonels Larousse (Mackenzie Crook: Pirates of the Caribbean: The Curse of the Black Pearl 2003, The Adventures of Tintin 2011) and Bingham (Robert Portal: The King’s Speech 2010, The Huntsman: Winter’s War 2016) – has the farmhouse surrounded. Along with several dozen soldiers – including the indecisive, young 18 (Johnny Palmiero: Green Street Hooligans 2005, Collide 2016) – Larousse and Bingham will fight to take down the seven cold-bloods, all while trying to partake in a personal pissing match.

In the basement of the Thatcher Farm, the owners of this lovely homestead, Mr. Thatcher (Dexter Fletcher: The Elephant Man 1980, Kick-Ass 2010) and the Misses (Ruth Jones: Emma 1996, Gavin and Stacey series), are a bit tied up. After a series of fumbling maneuvers and failure to become the newest member of the vampy council, Sebastian also finds himself calling the root cellar home. As Sebastian manages to insinuate himself into the festivities – and as the shell casings continue to hit the grass – he will play a surprisingly pivotal role in ending the siege at the Thatcher Farm.

Eat Locals marks the directorial debut of Jason Flemyng, was written by Danny King (Wild Bill 2011, Run Run as Fast as You Can short 2017), and clocks in at 93 minutes. While this film fits beautifully under the heading of Horror Comedy, may would also consider it equal parts Comedy, Suspense, and Action. So, for those who like vampires with machine guns, incompetent and pompous military, and wide-eyed grannies with sharp objects, they will enjoy imbibing Eat Locals. 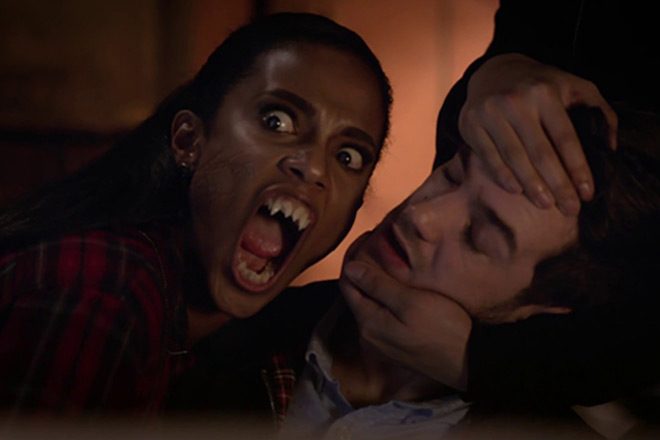 The ensemble cast of Eat Locals does a superb job of relaying their witty message, which, surprisingly, has some sociopolitical underpinnings if you choose to find them. Whether you choose to seek depth or not, this film is an intentionally campy vampire production that succeeds with understated humor. Which is to say that this is not your typical, over-the-top American comedy, no: you will snort here, chuckle there, but do not expect to laugh yourself stupid until you pee. Instead, the sense of humor here is quirky, intelligent wit full of snark. Take, for example, when the Thatchers are tied to chairs in their basement with woven potato sacks on their heads. Mr. Thatcher (played by the witty Fletcher), for his part, quips something like: “My sack is itching!” In another scene, elderly Alice (played by the stellar Crosbie) – who has all the chutzpah of a three-week-old kitten – dons a machine gun and proclaims, “Eat this, you sons of bitches!”

Capped off with a superb soundtrack from James Seymour Brett, Eat Locals is an enjoyable little trip into the action-packed world of UK vamphood. There is a veritable plethora of chuckles, tons of action, grannies with guns, lusty cougars, alcohol for minors, and if that is not enough, there are indeed vampires. What more can you ask for on your next Friday night Netflix and chill? For these reasons, CrypticRock give Eat Locals 4 of 5 stars. 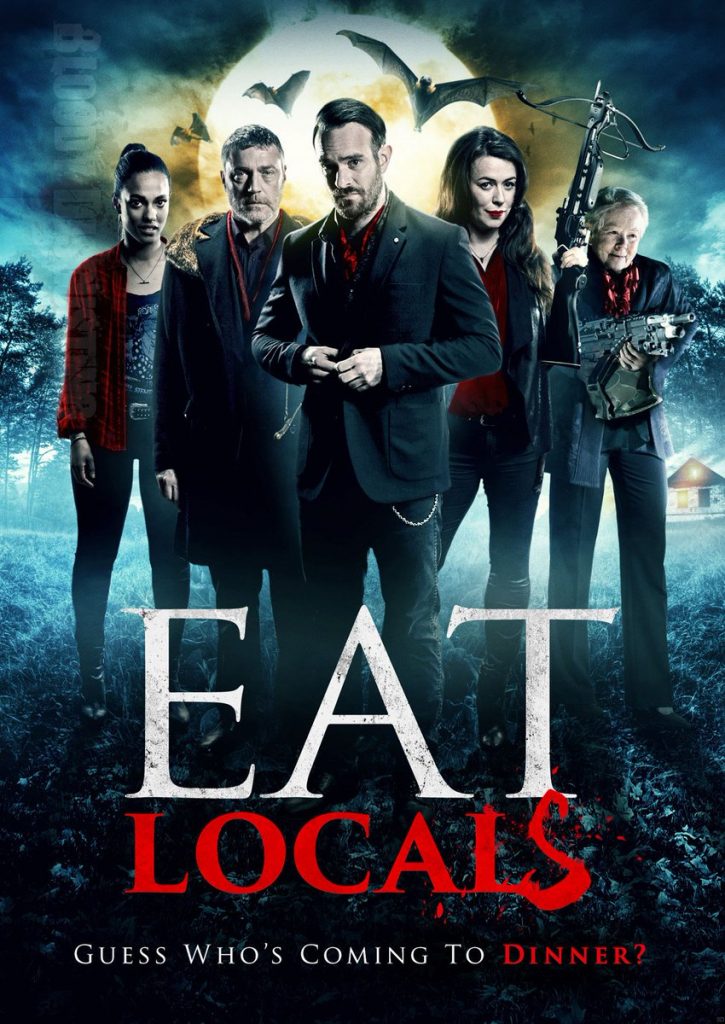