The musical trajectory of Echo & the Bunnymen has really made a long leap—from the raw, angular, and proper Post-Punk ethos of their early works; through the textured and orchestrated, Baroque Pop excursions in the ’80s through the ’90s; and to the throwback, jangly and psychedelic simplicity of their latter releases. This is why if someone really wants to dig the roots of the influential English band, then the best point to start with is, what else, but the beginnings. Because Porcupine is celebrating its 35th anniversary in 2018, the time is right for revisiting this seminal work of theirs.

Released on February 4, 1983, on Korova in the U.K. and on Sire in the U.S., Porcupine is the third album of the band that was formed in 1980, in Liverpool, England, by Ian McCulloch (vocals, guitar), Will Sergeant (guitar), Les Pattinson (bass), and Pete de Freitas (drums, percussion). It may be regarded as one of the Bunnymen’s essential outputs, because it served as the transitional bridge between their early, simplistic Garage Rock sound to their eventually ornate, Hindustani-influenced psychedelia and New Romantic sensibilities.

Porcupine‘s opening track, “The Cutter,” was an instant exclamation mark of that progression – in which McCulloch’s powerful vocals ascended straightaway with his arcane pleas of “Spare us the cutter!” and featuring the Indian Classical–inspired string orchestration of the Indian-born American violinist/composer Lakshminarayana Shankar, who was famed for his works with Peter Gabriel (“No More Apartheid”). Followed next was another single, the frenetic and galloping “The Back of Love,” whose staccato-legato interplay of strings added personality to an already distinct predisposition; Shankar’s magic was indeed positively present in every proper corner of the entire album, complementing the Bunnymen’s equally laudable aural aptitude.

“My White Devil” was a dramatic buildup, from the celesta-led backdrop to McCulloch’s storytelling to Pattinson’s bouncing basslines and Sergeant’s trademark jangles. The rhythm and beat then became bright and sunny in the shape of “Clay,” where McCulloch’s throaty voice soared even higher. The ominous and brooding, Eastern-flavored title track was de Freitas’ moment, as his percussive flair shone atop the rest of the instrumentation while Sergeant complemented with his subtle Flamenco strumming and psychedelic harmonics. Starting like a tiptoe of ’60s Psychedelic Folk, “Heads Will Roll” was another Hindustani-glazed Pop sunburst, finding the Bunnymen in one of their earliest progressive tendencies.

A change of mood came next in the form of “Ripeness,” owing to its funky grooves, ringing guitar lines, and driving drumbeats. The Bunnymen were certainly already ripe as they could ever be. The adrenaline descended a bit in terms of tempo with the proper Post-Punk ballad “Higher Hell,” only to climb again with the power of their instruments. “Gods Will Be Gods” foreshadowed what would pleasantly come next in the 1984 follow-up, the Orchestral New Wave masterpiece, Ocean Rain.

Finally, the Bunnymen ended their third offering aptly with the cool clap and graceful swagger of “In Bluer Skies,” conjuring a colorful photograph of the disheveled-haired McCulloch, the mop-topped Sergeant, and the rest of the Bunnymen swimming in the seven seas and then dancing like horses in their glorious garbs and shiniest splendor.

Revisiting Porcupine, thirty-five years later, can surely give the initiated feelings of nostalgia, youthful woe, and sentimental maturity. After all, it was written and recorded during the first time the Bunnymen found themselves at odds with each other because of differing creative intensity and exhausted due to intense touring and rehearsal schedules, but also willing to soldier on nonetheless. This resulted anyway in something of substance and essence. After all, in 1983, they were just in the middle of their ladder, and to the top they eventually prevailed.

In spite of all the ups and downs, the twists and turns, and the rise and fall of Echo & the Bunnymen in their humble days, Porcupine remains their first pièce de résistance and definitely an eternally flaming amalgam in their rich and brilliant discography. 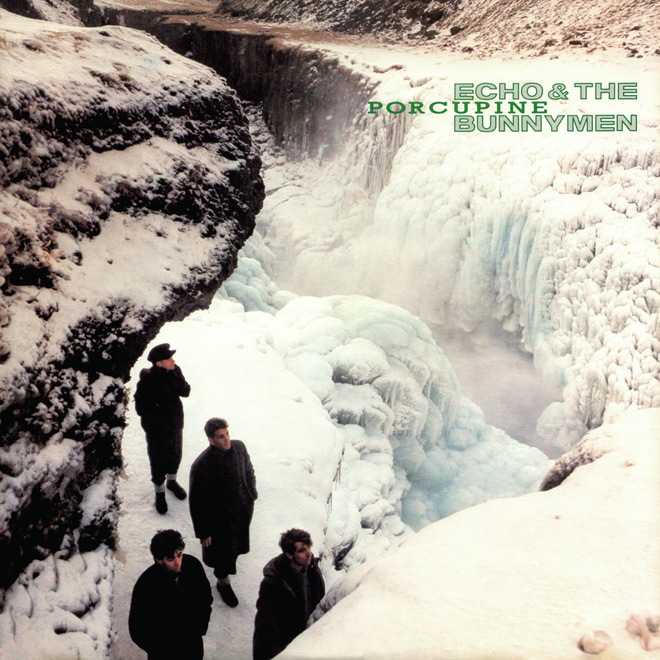