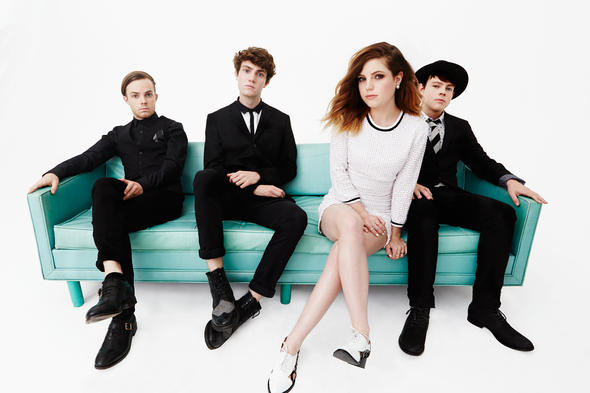 Echosmith has not wasted a split second working their way into the music business since beginning in 2009. Formally known as Ready, Set, Go!, this California native sibling quartet consisting of Graham (drums), Sydney (vocals), Noah (bass), and Jamie (guitar) Sierota has already toured with Tonight Alive, played Vans Warped Tour 2014, and has been featured in Alternative Press’s ‘100 Bands You Need to Know’. Going from YouTube success to signing with Warner Brothers Records, Echosmith’s young age has not held them back when developing their Indie-rock style and producing their debut full studio album Talking Dreams.

Talking Dreams kicks off with the eerie first few notes of “Come Together” which quickly transforms into an upbeat bass heavy tune that lets Sydney showcase her talent and style during the first verse (“Here we are with your backs against the wall/ we’ve got big city dreams/ but we don’t move from the asphalts“). The song is consistent with its musical and lyrical energy featuring group vocals that chat “We are gonna come together/ come together now” along with a quick pop drum and supporting bass guitar. “Let’s Love” and “Ran Off Into The Night” follow in the “Come Together” style and tempo. Both tracks show off risky and interesting instrumental styles, fast drums, and Paramore-like vocals in the verses. “Ran Off Into The Night” specifically has a perfect combo of tempo and lyrics that build during the chorus. However, these songs still feel a little repetitive at some parts (“Won’t you come away with me?/ Won’t you come? / Won’t you come away with me?“).

“Cool Kids”, however, strays away from this receptive trend. It completely earns the title of the best track on Talking Dreams. As one of the more Techno heavy songs, its stylish buzzing synthesizers and overall sound contributes to a full and unique sound. With a steady tempo and whisper-like honest vocals that speak about the struggles of fitting in and finding one’s place, the track is an instant joy to listen to. So much so all the lyrics become an enjoyable and catchy anthem. This unique Indie-rock sound mixed with elements of Techno continues on the wonderful, and far-too-short, title track “Talking Dreams” which can brighten any day with its feel good sound and message (“This is a good day / This is a good sign / You’ve got green eye / and I’ve got sunrise“). In addition to “Talking Dreams”, the dance worthy “Nothing’s Wrong” picks up right where “Cool Kids” leaves off. Fast and shifting tempos, deep basses, interesting vocal risk, and one consistently well-placed synthesizer just pulls together Echosmith’s Indie-rock style with ease and perfection, making these three songs instantly lovable tracks on the album.

“March Into The Sun” and “Safest Place” stray more into the laid back and relaxed style that Echosmith experiments with. The nice addition of acoustic instruments play well with interesting and ever changing drum fills, and accents of Hey’s and Oh’s that frame every youthful and laid back lyric flawlessly. “Bright” stands out most with its acoustic style (and just a dash of Country to mix things up.) The very soft and sweet lyrics are uplifting and memorable, being the most genuine and heartfelt on the album, and swinging the beat and humming about having the toughest times behind oneself and seeing the best parts of life in those you love (“Because I see colors in a different way. / You make what doesn’t matter fade away”). This simple and honest acoustic style is later echoed on “Tell Her You Love Her” and “Surround You”, but it works to a different effect. The tone of these songs is so much more serious and sincere throughout the verses. Giving them a dark, almost sad and unforgiving appeal, something anyone with heartbreak and insecurities can relate to.

Overall, Talking Dreams fits the Indie-Rock definition perfectly. From the high notes of the vocals, to the perfectly plucked strings on the bass, each songs feels very indie, and feels very Echosmith; which is incredibly impressive. The entire album is cohesive, stylish, serious, developed, and well produced for a young and inspiring band’s first full-length and original work. It is everything from fun, to uplifting, to catchy, to somber, and any fan of the Indie-rock genre will quickly find something to sing along to.  Be sure to check out the deluxe edition with the catchy tracks “Up To You” and “”We’re Not Alone”.  CrypticRock give Talking Dreams 4 out of 5. 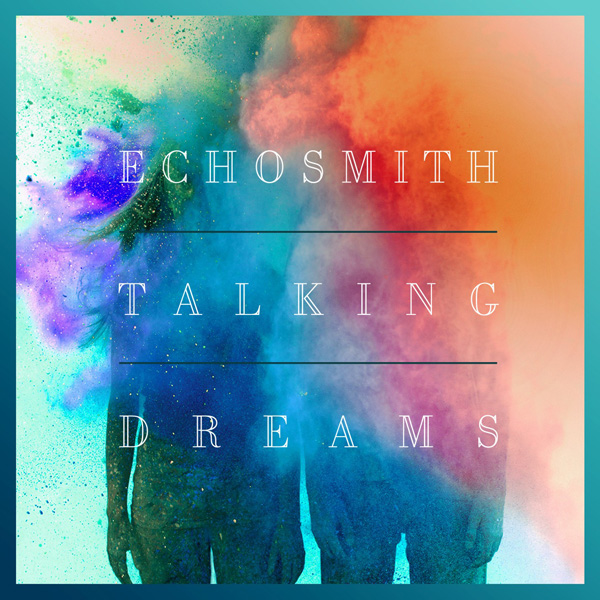