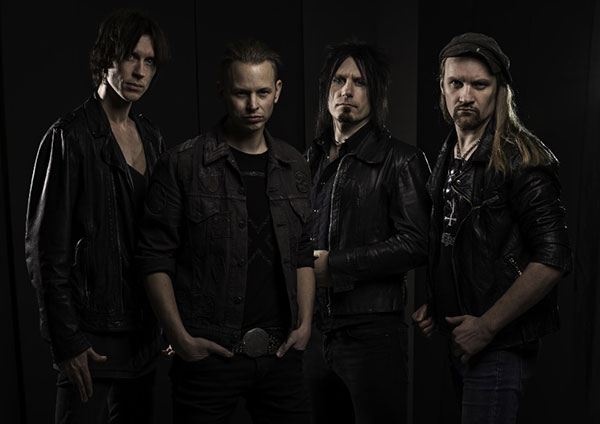 In 2012, thirteen years after their formation, Swedish Hard Rock band Eclipse finally received the widespread recognition they deserved with the release of their fourth studio album, Bleed and Scream. Now in 2015 they return with their equally as strong follow-up album Armageddonize as of February 24th via Frontiers Records. After several line-up changes, the band currently features founding members vocalist/guitarist Erik Mårtensson and lead guitarist Magnus Henriksson, along with drummer Robban Bäck, who joined in 2008. Also present is Magnus Ulfstedt, who became the band’s full-time drummer soon after their formation, but left in 2006. After an eight year hiatus, he reunited with the band in 2014 and now plays bass with the band. Essentially all of the members of Eclipse are seasoned musicians who have lent their talents to a number of projects, most notably Mårtensson and Henriksson’s contributions to the project W.E.T. — the “E” comes from Eclipse.

“I Don’t Wanna Say I’m Sorry” kicks the album off with a classic driving melody that conjures images of driving with the top down, sunglasses on, and not a care in the world. With its retro vibe, this is a feel-good track that is full of fun. “Stand On Your Feet” is like a Hard Rock fight song, a positive reminder to the listener never to give up. This track showcases Mårtensson’s vocal skills. He has a lovely cadence, and here, the listener might detect his accent, which is endearing and different. Full on Rock with big choruses, soaring guitars, and pounding drums, “The Storm” evokes reminders of bands like Boston or Journey. The highs and lows in “The Storm” demonstrate the skillful songwriting, making it a particularly attention-grabbing track. “Blood Enemies” might be described as a cross between Helloween and Yes. The melody gallops along with a rebel-raising cry and a happy-go-lucky innocence, lacking in any bite or anger; this is a band that enjoys life too much to get really cross with anyone. Equally uplifting is “Wide Open,” which, with its stunning guitars, has the makings of a stadium anthem. The emotional “Live Like I’m Dying is bittersweet and stirring and features powerful vocals. The grittier “Breakdown” proves that Eclipse is able to throw a few musical punches. Here, the vocals have more venom, the guitars are dirtier, and the drumming is more forceful. “Love Bites,” no doubt alluding to Def Leppard, is fast and furious, as if the band has suddenly found its teeth and gained an attitude that was missing from the earlier tracks. This ferocity suits them. “Caught Up In The Rush” continues along this vein; there’s plenty of fire in this track. The rebellious chant “One Life – My Life,” full of optimism and confidence, is sure to get audiences singing along and raising their fists in unison. Bringing the album to an end is “All Died Young,” a celebratory, storytelling song with a classic party-Metal feel.

Armageddonize is a very enjoyable, expertly crafted album. It brings to mind some of the heroes of ’80s Rock and Metal like Rainbow, Skid Row, and Journey, but it does this so well that the familiar sound is excusable. It is obvious what bands were influences, but Eclipse manages not to be just a copy-cat band, which is a remarkable talent in itself. The general feel of the songs on Armageddonize is one of positivity. This album will lift the spirits on a dark day and make the listener smile — there is no doom or gloom here. It is also clear to see why Mårtensson and Henricksson have the reputation they do for their songwriting. These are diverse and interesting songs that are packed full of passion. The band is touring Sweden, UK, Spain, and Italy in spring 2015, and they are sure to rock the crowds at the festivals they will play during the summer season. CrypticRock gives Armageddonize 4.5 out of 5 stars. 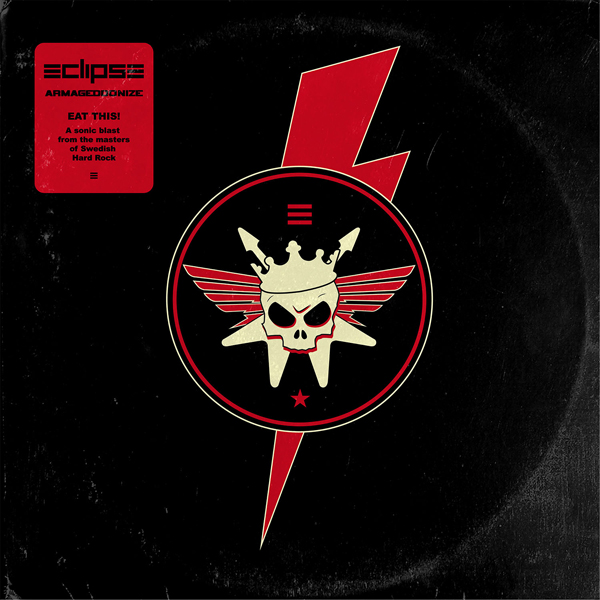