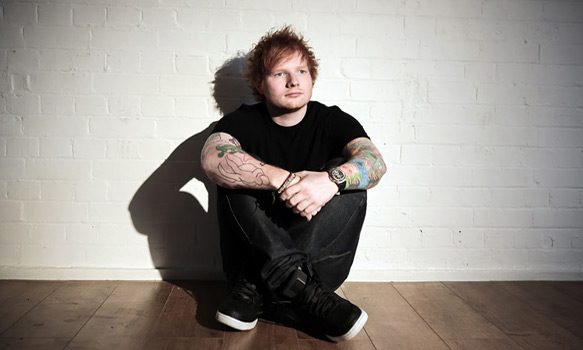 One could call Ed Sheeran the king of the loop pedal: he has shown the world time and time again that he has mastered the art of the one-man-show. Sheeran’s talents as a songwriter and performer are undeniable, and he only expands his repertoire as an artist on his third studio album, ÷ (pronounced “Divide”). Released via Atlantic Records on March 3, 2017, ÷ is already looking skyward with its impressive sales.

Sheeran’s latest studio release is the first since his massively successful sophomore album, x. It also marks a triumphant return for the Brit, who recently took a year-long hiatus to reflect, experience what the world has to offer, and find new inspiration. Clearly the hiatus was a smart move for the 26-year-old Pop innovator, who has experienced the opportunity to grow and mature, both personally and sonically.

Ed Sheeran is a storyteller: a lyrical illustrator who paints vivid pictures of his life that are somehow transparent enough to allow his audience to translate and re-shape those images to fit their own lives and experiences.  This is what fans love about Sheeran, and something he does exceptionally well on ÷.  Sheeran’s blend of Hip-Hop, Singer-Songwriter sensitivity, Irish Folk, and tropical percussion blend together to create extremely well-crafted Pop songs that are unavoidably infectious and possess mass appeal.

Sheeran begins the album with an anthemic Hip-Hop ode to the effect of fame and fortune with “Eraser.” The song allows Sheeran to rap about a range of topics from starting out as a kid singing in church to the perception people have of him now that he has achieved success.  Sheeran offers the bittersweet: “Friends and family filled with envy when they should be filled with pride.”  His vocals are layered over an acoustic melody that progresses into a catchy chorus. As the track progresses, the fighter quality builds as Sheeran makes a declaration that though his fame may grow, in his heart he will always be a kid from Suffolk.

There is a nostalgic quality to various songs on ÷, which tend to reflect on Sheeran’s life growing up, how he defines home, and the people that are important to him. It is what makes Sheeran so likable: that honesty and vulnerability that he so effortlessly provides. “Castle on the Hill” is a beautiful story of missing one’s hometown. It channels a bit of U2 but the autobiographical, reflective and deeply personal nature of the song make it extremely relatable no matter where you are from. It is a song about returning home and how, no matter how much time passes and how much has changed, there will always be a kinship with the people you grew up with.  It is an irresistible tune that will immediately have you singing along.

“Dive” is arguably one of the best tracks on ÷.  It is a bluesy, soulful and emotional tune with a ’50s vibe that shows Sheeran’s vulnerability as he sings about giving his heart to someone and asking them not to break his in return. It is also Sheeran’s best vocal performance on the album – pushing his range into his upper register – resulting in a raspiness and strain that compliment the song’s emotional content.  He shifts gears with his next track, the hit single “Shape of You.” The song shows Sheeran’s eclectic use of instrumentation and lyrical prowess in writing an uber-catchy dance track. The tune has a Dancehall sound with a Caribbean Trop-House vibe infused with a marimba percussion that completely takes over your body. It is impossible not to dance when hearing this song!  For inspiration, Google ‘Shape of You choreography’ to witness the countless dance numbers that have already been inspired by the track.

Sheeran created a gorgeous love song on x and “Thinking Out Loud” has become a representation of countless relationships since its release , as well as a very popular song at weddings. “Perfect” follows and exceeds its predecessor, and its Doo-Wop feel gives it an old-time simplicity combined with Sheeran’s heartfelt lyrics.  Any couple about to tie the knot in 2017 will most likely consider the ballad, because Sheeran captures the beauty of love so well and easily melts hearts with lyrics like: “I found a love to carry more than just my secrets/ To carry love, to carry children of our own.”

Sheeran has fun with “Galway Girl” and it pays off: it is hard to resist the Irish Folk, fiddle-laden track that can only be described as a Hip-Hop Irish jig and it just works. The unexpected combination adds to the carefree nature of the song, which is about two people meeting in a pub and dancing the night away. Sheeran gives another ballad with “Happier,” though this time there’s a more somber tone as the singer-songwriter reflects on a lost love. It shows a maturity as Sheeran talks about heartbreak, but also being able to look past the pain and seeing that the other person has moved on and is happier. It paints a picture many can relate to as Sheeran sings, “My friends told me one day I’ll feel it too/ I could try to smile to hide the truth/ But I know I was happier with you.”

“New Man” is reminiscent of “Don’t” in its acerbic tone.  It is a critical review of an ex’s new boyfriend that includes some head-turning lines, most notably: “He’s got his eyebrows plucked and his arsehole bleached.” Hard to forget that one!  He follows this with another lovely ballad, “Hearts Don’t Break Around Here,” which is quintessential Sheeran as he sings sweetly over the sound of an acoustic guitar.  Sheeran then gets somewhat political without really getting political on “What Do I Know?” It is a commentary on the state of the world with the message that, at the end of the day, love is all you need to promote peace and steer away from divisiveness.  Although it is a more passive way of spreading the message, it accomplishes its intent to take a minute to reflect on the world’s current condition. Getting political is a rare occurrence for Sheeran, but he gets back to romance with the ballad, “How Would You Feel (Paean).” The track is an ode to Sheeran’s girlfriend, Cherry Seaborn, whose middle name is Paean, and features a guitar solo by John Mayer.

Perhaps one of the most poignant moments on the album comes from a very personal story. In “Supermarket Flowers,” Sheeran sings about the loss of his grandmother and it’s heart-breaking effect; it’s difficult to not be emotionally affected by Sheeran’s beautiful tribute and moving farewell song. There’s a cry in his voice as he sings, “So I’ll sing Hallelujah/ You were an angel in the shape of my mum/ When I fell down you’d be there holding me up/ Spread your wings as you go/ When God takes you back he’ll say, ‘Hallelujah, you’re home.'”

The deluxe version of ÷ features four bonus tracks that seem to encapsulate a little bit of everything, from a representation of Sheeran’s travels in tracks “Barcelona” and “Bibia Be Ye Ye” to a final reflective ballad in “Save Myself.”  “Nancy Mulligan” is an epic love story about Sheeran’s grandparents that is full of Irish Folk, and has one of the catchiest melodies on the album.

Clearly some time away from the spotlight seems to be exactly what Ed Sheeran needed.  On ÷, he has evolved by incorporating new sounds into his music without ever losing the quality that makes his tracks so captivating – their sincerity and a healthy dose of fun.  For another wonderful offering from a truly talented Singer-Songwriter, CrypticRock gives Ed Sheeran’s ÷ 4 out of 5 stars. 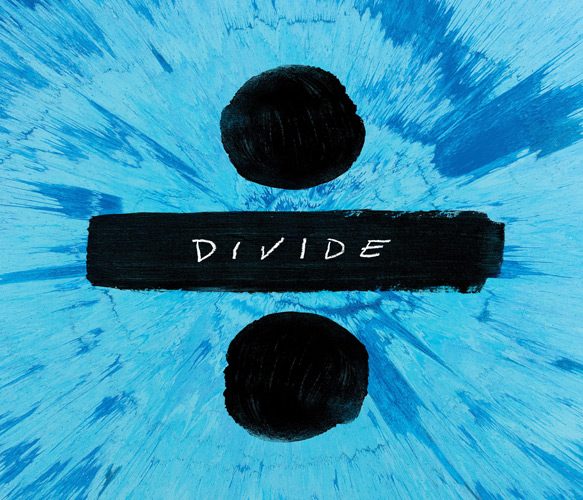